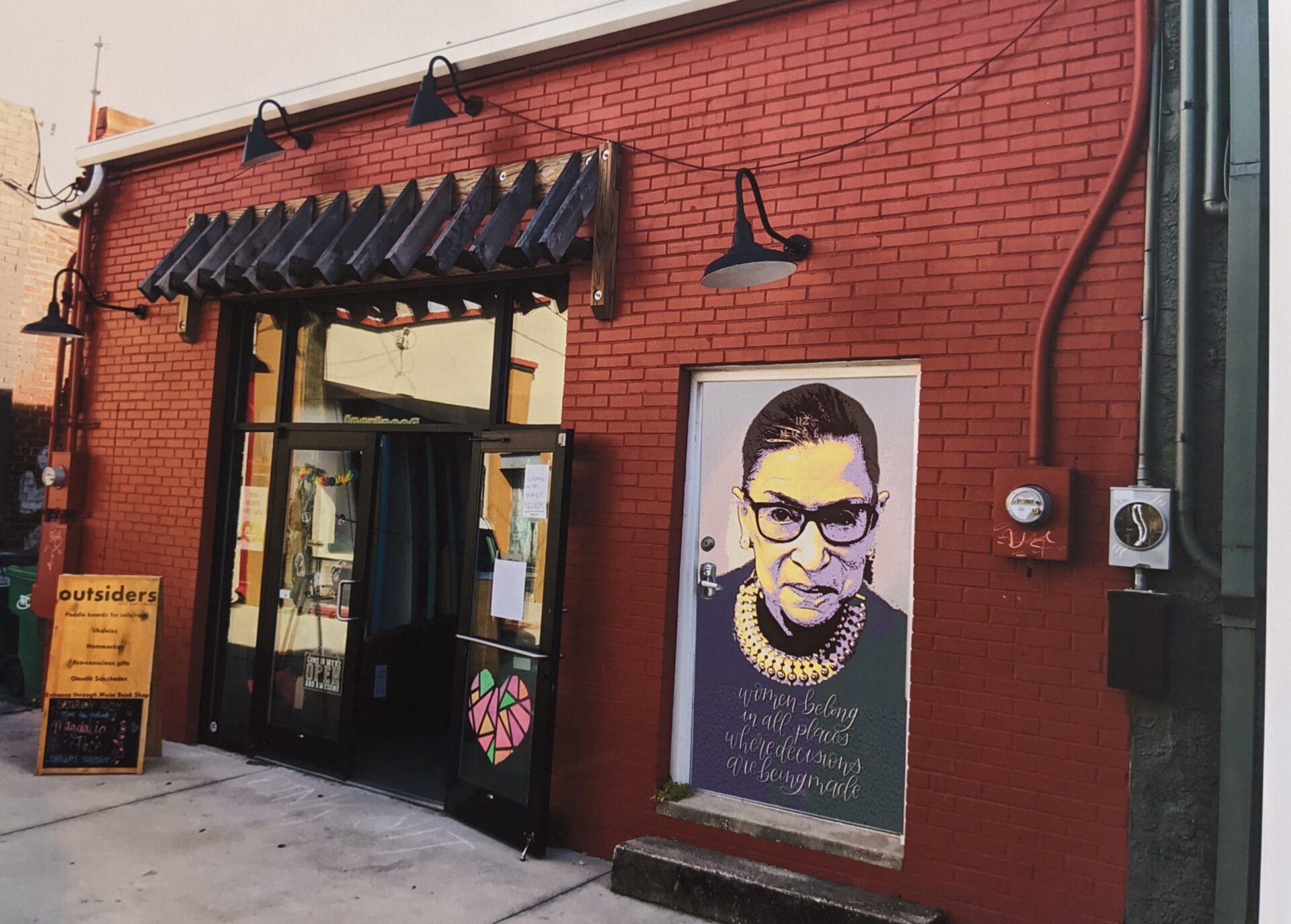 The City of DeLand is stepping into treacherous territory with its establishment of a Mural Committee to pass judgment on the appropriateness of works of art proposed for public display.

While we sympathize with the city’s concern about preventing the painting of objectionable images on DeLand buildings, we predict the new regulations may turn out to be rules that look good on paper, but cannot help but miss the mark in implementation.

Just the mere task of defining what’s “objectionable” gives us pause. In the realm of art appreciation, that term is sure to have as many definitions as there are DeLand residents willing to offer them.

Is it objectionable, for example, that an apparently naked woman — expertly crafted of bronze — has her derrière stuck up in the air on North Woodland Boulevard?

Or that a woman-owned business in Downtown DeLand wants to honor a pioneer of women’s rights — who also happens to be a hero among progressives — on its storefront?

Or do the answers to those questions depend on a snooty evaluation of the credentials of the artists designing the displays?

To get this mural-regulation process started, our city leaders must find five citizens willing to be appointed to this committee, to carry out the unenviable, unpaid task of dancing around the unconstitutionality of violating the First Amendment without appearing to do so.

There can be no doubt that this is the actual job. The motivation behind the mural ordinance is blatantly to prevent “objectionable” art.

This committee — provided city commissioners can find five willing members — will have no trouble keeping itself busy determining standards for mural methodology, paint and primer types and maintenance requirements. That will be the easy part.

The fun begins when someone proposes a mural whose content is a bit edgy, or a painting by an artist we don’t know, whose style some of us might not like, understand or respect.

To make it possible to regulate the content of murals without overtly doing so, we will find ourselves in need of broad policies governing content.

“No political topics,” for example. Hmmm. How about the revered World War II mural? Some see that painting as a glorification of war, and definitely political.

How about, “all murals must depict DeLand history”? Well, that’s boring, for starters, and it would eliminate, for example, the #DeLandWings, a proven tourism driver and possibly the most popular mural in Downtown DeLand.

Maybe “no pornography.” Oh, boy. Have fun with that (remember the derrière).

We’re wondering if DeLand really had a problem that needed solving.

Has the city — as has been suggested — simply been “lucky” over more than a decade of mural creation, in that we avoided getting any “offensive” murals (although we like some of them more than others, and some are more skillfully painted than others)?

Or do building owners simply have the good sense necessary to act as arbiters of quality where their own property is concerned — and to decide for themselves without the city’s interference?

The law is on the books, and we can only wish our city well as the process plays out. But we caution commissioners to keep a close watch, and to not hesitate to reverse course if they’ve threatened DeLand’s creative spirit rather than enhanced it.