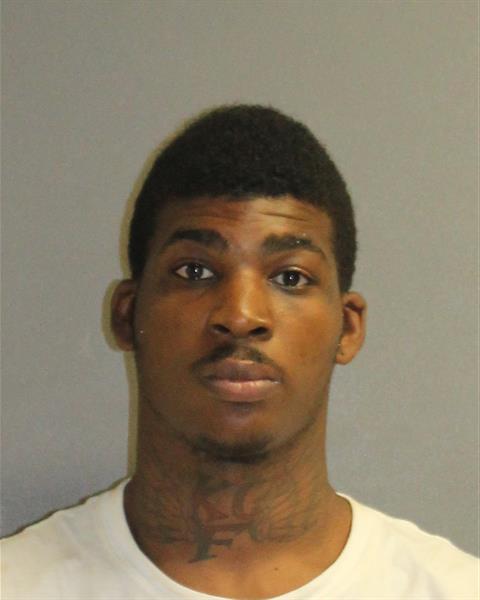 Maybe Derick Jones never had a chance, anyway. We may never know.

But, nearly a year out of jail, Jones ran into a wrinkle in Florida law that erased any chance he may have had to escape from that family legacy and turn things around.

As it stands now, Jones will be 39 when he’s released from prison. His crime this time? He loved a woman.

Jones met a girl at a strip club in Daytona Beach in September 2020. They hit it off, and had a relationship for about a month.

Under Florida law, “ignorance of the age is no defense.” Further, the fact that a minor may have misrepresented their age, or the defendant’s genuine belief in the incorrect age, the minor’s sexual experience, or the minor’s consent — none of those are admissible defenses for a person charged with unlawful sexual activity with a minor.

There is an exemption to the 18-year-old age-of-consent threshold. Florida law does have a provision known as the “Romeo and Juliet” law. In the exemption, if the older person is younger than 24, they could be protected if they have a relationship with a 16- or 17-year-old.

The timing was an odd quirk of this case, and one the judge pointed out.

“As a matter of fact, there was a month period of time where she was 16 and he was 23,” Judge Dennis Craig said at the sentencing hearing. “And, if he had sex with her during that period of time, it would have been completely legal.”

“I honestly don’t even understand how this law is even a law when it’s something like this. And now because of this, I’m going to lose my brother to the system again,” Jones’ sister, Destiny Woods, said at his sentencing hearing.

Woods, at one point, allowed the girl to stay with her and her three children. Both Woods and Jones said there were few signs, if any, that the girl wasn’t as old as she said she was.

The girl had a fake identification card (presumably used to gain entry to the bar, which is also a strip club), and a made-up birthdate on her social media. She wasn’t in school regularly.

According to the charging affidavit, she had been on probation since she was 12.

When the girl’s mother contacted the police after her daughter left with Jones one day, Jones was arrested, and charged with unlawful sexual activity with a minor, a second-degree felony.

After the girl told police she was pregnant, and that Jones had strangled her, he was also charged with aggravated battery (on a pregnant person), a second-degree felony, along with domestic battery by strangulation, false imprisonment, and aggravated assault, all third-degree felonies.

All those charges were dropped by the State Attorney’s Office. Tests showed that the girl was not pregnant, according to court documents.

Jones was ultimately charged with two counts of unlawful sexual activity with a minor, attempt to harass a victim, and promoting sexual performance with a child.

At trial, prosecutors brought out that the girl had been a victim of human trafficking when she was 14. They said she had displayed patterns of behavior of some child victims of sexual abuse — among them, reluctance, hesitancy, uncooperative responses. And although the relationship with Jones was consensual, the fact that she was a child, and furthermore, a child sex-abuse victim, precluded the possibility of a truly consensual relationship, prosecutors said.

For Jones, he was the victim — duped by someone about her age, who testified against him out of spite, who was “manipulative” and “highly intelligent,” and who had had multiple relationships with older men, according to his closing statement at the jury trial.

Jones, taking advice from his father, who had recently been released from prison, Woods, his sister, said, dismissed his public defender and represented himself.

The state’s evidence included testimony from the detectives involved in the case and the girl herself, as well as an explicit video found on her phone.

Jones’ lack of experience and legal knowledge was evident, as multiple pieces of his own evidence were not admitted, and some of the evidence he did produce was of potentially little use, or even harmful to his case.

A video of what allegedly was Jones and the girl in the club was not authenticated by a witness as a true and accurate portrayal of what happened. The girl denied she was there.

Woods attempted to introduce a screenshot of a man, as evidence that the person in the explicit video was not necessarily him.

The judge questioned why Jones was attempting to put the photo in at all.

“How can you say that’s me [in the video]?” Jones replied. “I would like to make a comparison.”

“The jury can look at you, they can look at the video and decide whether that’s you or not,” Craig replied. “I don’t know how a picture of somebody that looks like Dennis Rodman is going to help us.”

Jones’ lack of experience forced the judge several times to remind Jones a judge could not answer questions about the law, and to repeatedly ask if Jones was sure he didn’t want a public defender.

At one point, Jones attempted to get into evidence a screenshot of a conversation between him and the girl, in which he asks her to leave him alone and that he doesn’t want to be with her anymore, into evidence.

“You actually want that into evidence?” Judge Craig asked. “It also says that you don’t want to continue your relationship. That’s, kind of, an admission that you got into a relationship.”

Jones then declined to offer the screenshot as evidence.

Ultimately, to make his case — that the girl was not credible, that it wasn’t him in the explicit video, and, somewhat paradoxically, that he did not know she was 16 and she purposefully lied to him — Jones had two witnesses: his sister, Destiny Woods, and a former friend of the girl named Kendra Terry, who testified that the girl had been in the strip club.

In his final statements, the explicit video, and who exactly was pictured in it, were brought up again by Jones.

“While you guys were out, I tried to make a comparison of a dude that’s supposed to … look just like me. And Judge Craig responded, he said it looked like Dennis Robinson,” Jones said. “That’s a picture that he thought was Dennis Robinson. How can you say that’s me?”

The gamble to be his lawyer did not pay off.

The jury found him guilty of three of the four counts.

At the sentencing hearing, Jones’ original lawyer, William Hoffman, put Jones’ sister back on the stand.

Woods told the court that she had been 11 years old when her mother was deported to Jamaica, and her family was put into foster care. She was separated from her brother. Jones’ father, she said, was in prison for 15 years.

“He has nobody but me. That’s my child,” Woods said.

Jones was sentenced by Judge Craig to 15 years in state prison, the minimum amount of time for the charges.

He is appealing the case.

In Florida, about 350,000 people are booked into jail every year.

Admission rates have gone down 2020-21 because of a backlog of criminal cases due to COVID-19.

As of 2021, the most current data available, Florida had the third-largest state prison population in the United States, behind Texas and California.

As of March 2021, the Florida Department of Corrections housed 79,685 inmates in its facilities and was responsible for an additional 83,972 offenders on active community supervision.

Twenty-five percent of inmates who leave Florida’s prisons will return to prison within three years.

The Department of Corrections is Florida’s largest state agency, and has an annual budget of $2.5 billion.