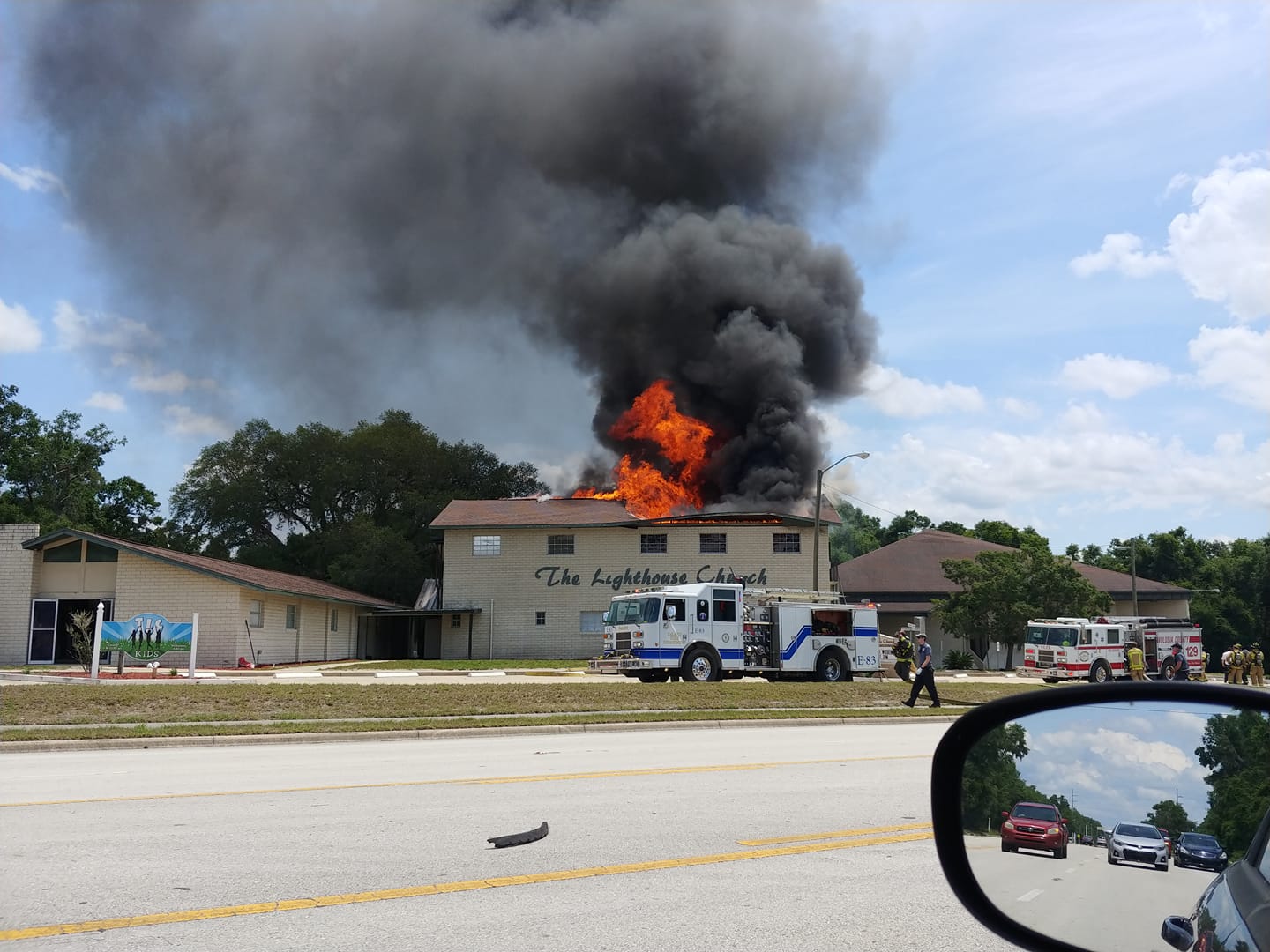 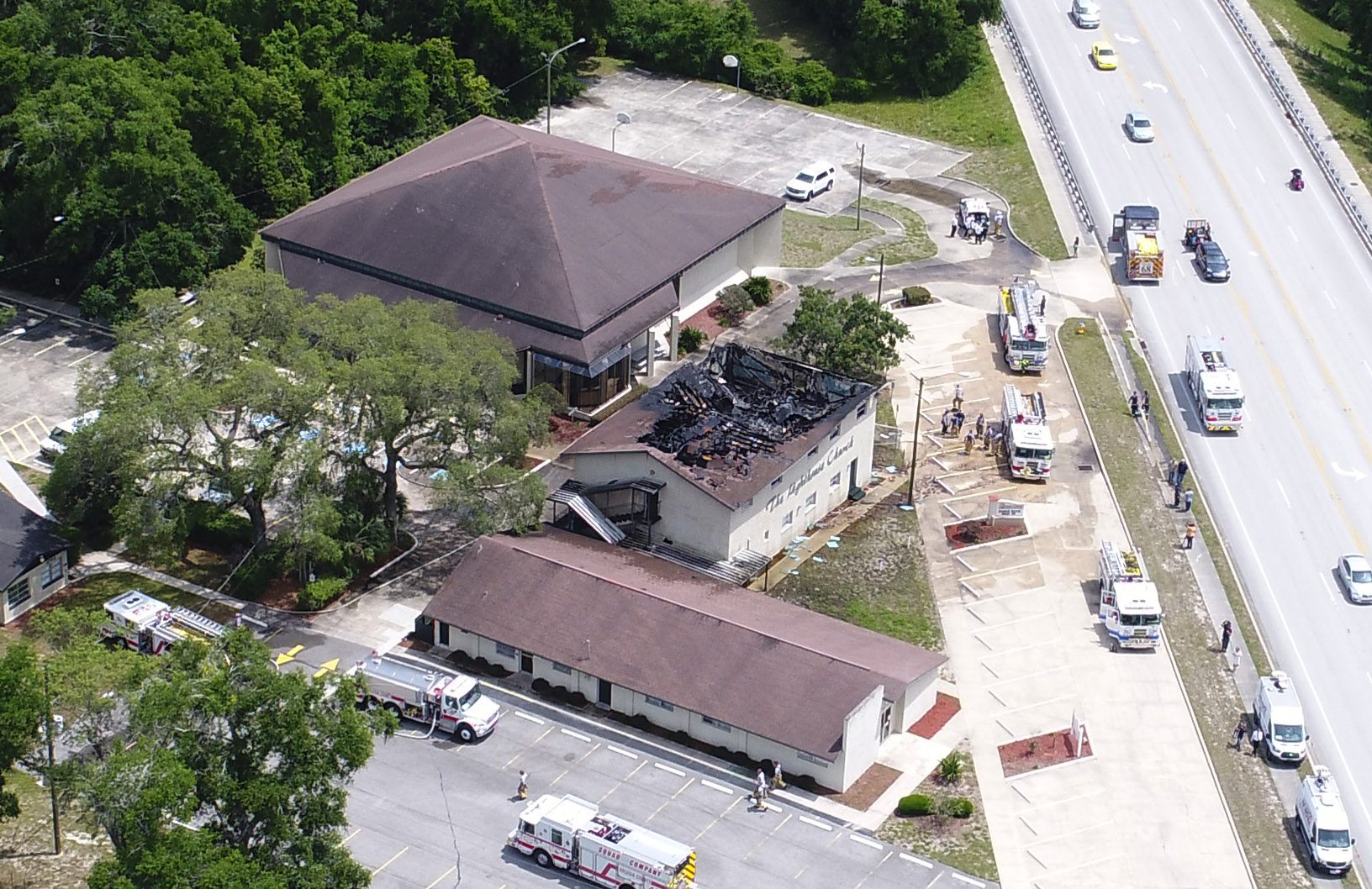 A Friday-afternoon fire at a southwest DeLand church caused severe damage to an education building and left one firefighter with minor injuries.

Units from Volusia County Fire Services and the DeLand Fire Department responded to The Lighthouse Church, at 1525 State Road 15A in DeLand, early Friday afternoon, and found flames and plumes of smoke billowing from a building used for Sunday-school classes.

The building sits roughly in the center of the church’s campus. No children were in the building at the time of the fire.

Battalion Chief Nicholas Castelli said the fire started in the attic of the building, where a maintenance worker was doing work of some sort, when a fire started and quickly got out of control.

“We got called earlier this afternoon around lunchtime that a maintenance worker was working inside the structure, and accidentally started a fire in the attic,” Castelli said. “Somebody called 911, and we got out here as fast as we could. We got on-scene, and there was heavy smoke coming out of the building.”

The worker attempted to put out the fire, but it had grown too large, and he safely got out of the building.

When firefighters arrived, they found the attic fully engulfed in flames. Castelli said they deployed two “attack teams” of firefighters in a bid to put out the inferno, but the roaring flames overwhelmed the firefighters.

“We tried to get ahead of the fire, but the attic was so engulfed, we had to tell them to back out,” he said. “We had to get out, and not long after we got out, the second floor collapsed.”

One firefighter suffered a minor burn and was taken to Florida Hospital DeLand for observation.

Fortunately, firefighters were able to keep the flames from affecting adjacent buildings, including the church’s sanctuary. The damage to the education building, however, was substantial.

Several members of the church stood and watched as firefighters put out the flames, including Gerri Moore, who has been involved with the church since the 1960s.

“Nobody was here that could have been hurt, so we’re grateful for that,” Moore said.

Moore, whose husband is a retired pastor of the church, praised God for the fact that nobody was seriously injured in the fire.

“My son is a fireman too, so I have a little heart for those firemen out there, working so hard,” she added.

Despite the loss, Moore said the church’s congregation is a “great body of people who just love each other,” and was confident they’d rebuild and move forward.