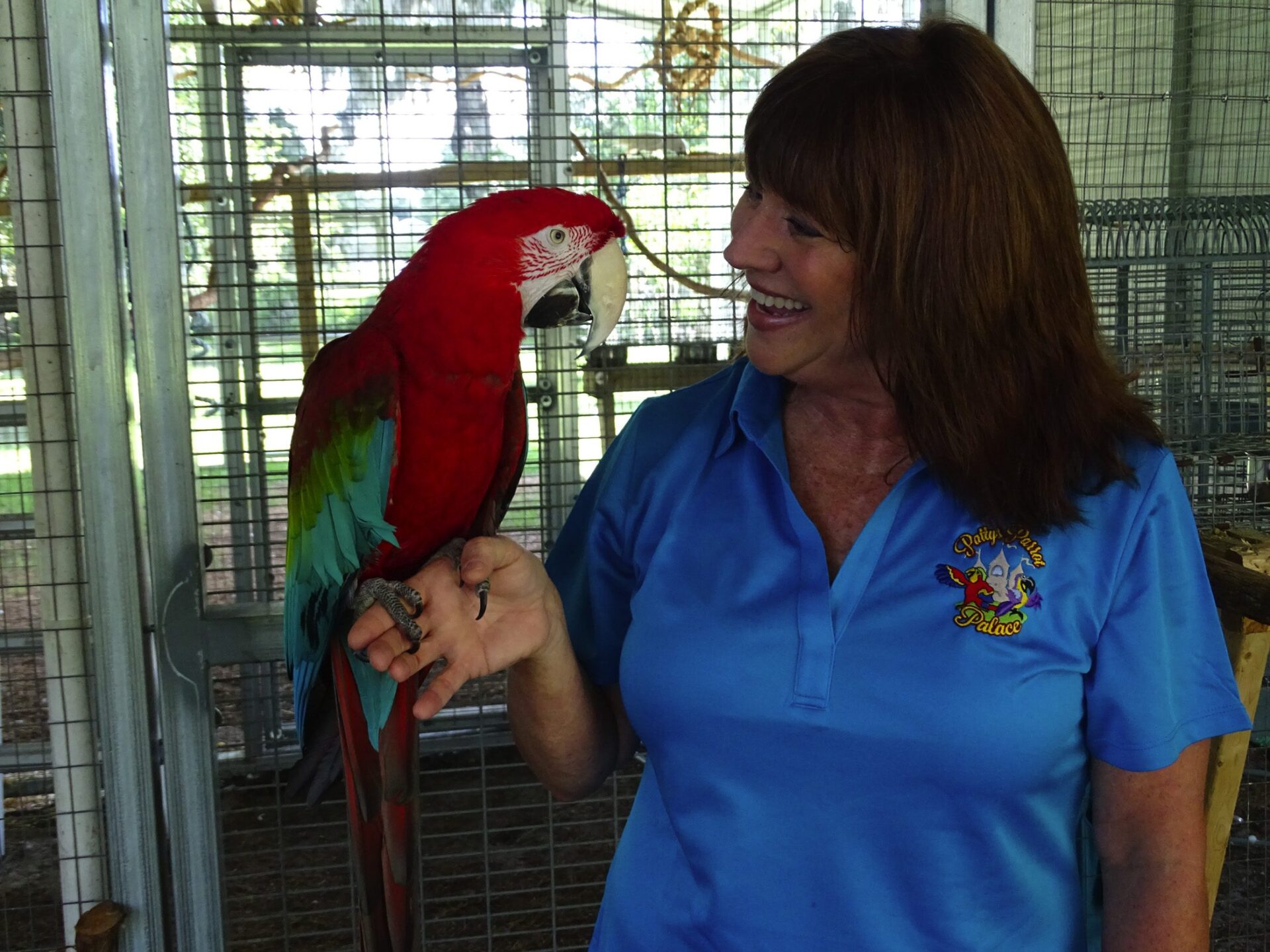 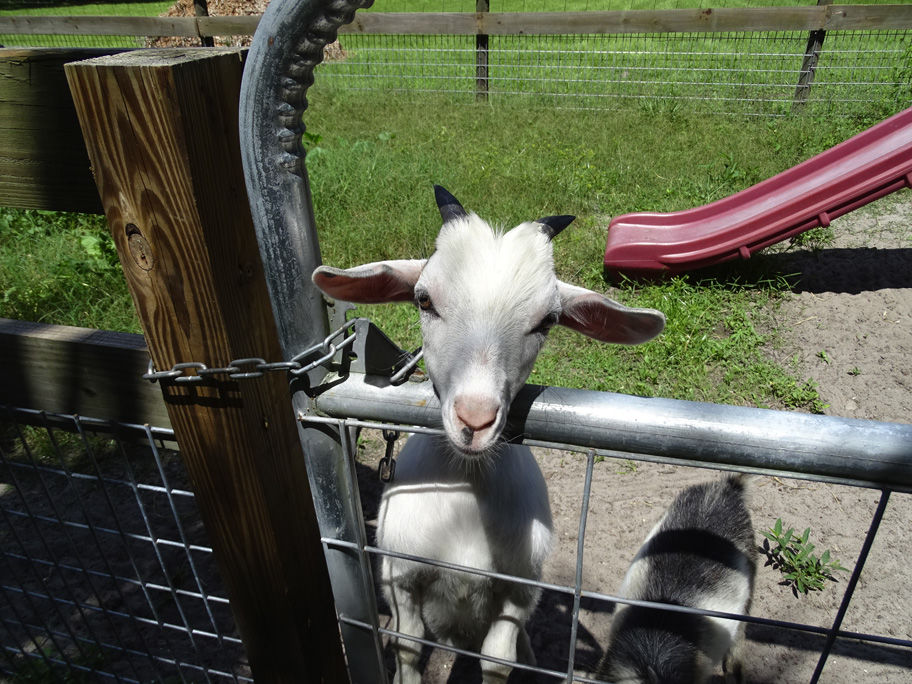 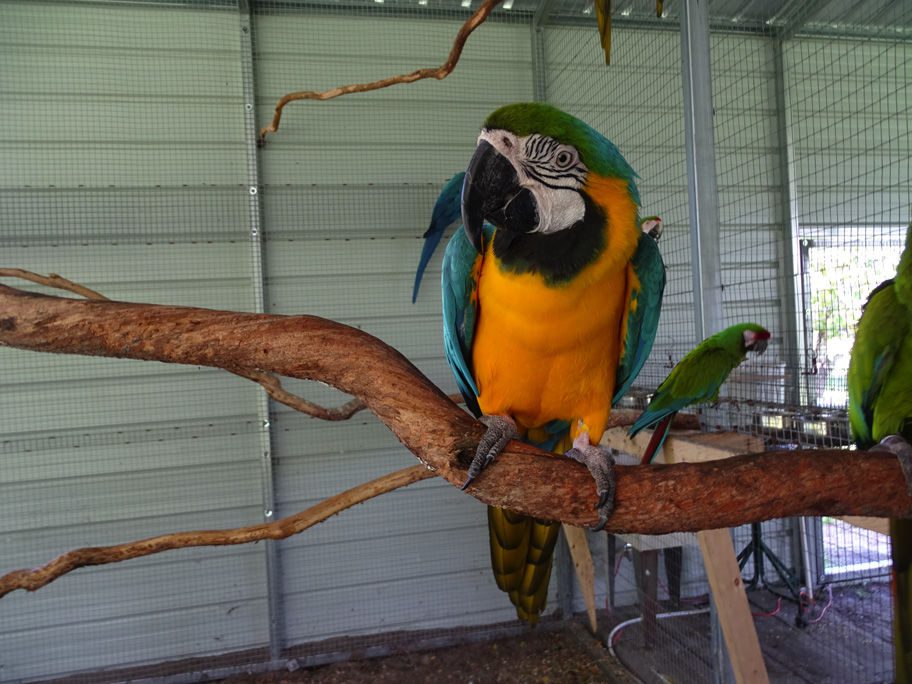 It all started in 2010 in Tuscawilla with a conure in need of a cage.

And, Doris and Duncan, the resident turkeys who follow Trish Koile everywhere.

Trish Koile worked 32 years as a real-estate manager; her expertise was in the apartment industry.

After being diagnosed with systemic lupus and unable to manage a regular workday, Koile still wanted to remain as productive as possible.

The wheels had started turning five years earlier, with that conure.

Koile stumbled upon horrid conditions while responding to a Craigslist ad for the conure cage her bird needed.

She saw birds that had died from rat bites and other forms of neglect. It was a bird-hoarding situation, she said.

“I told my husband, ‘I don’t know what to do; these animals need to be out of there,’” Koile said. “I called rescues, but they were all full. I knew right there that there was going to be a problem.”

She got two trucks and helping hands and left with 13 birds that were surrendered by the owner.

Is her husband a saint?

“People always ask me that,” Koile said, laughing. “He is, but he loves the birds as much as I do.”

As word got around and rescuing birds blossomed into a mutual passion as well as a necessity, the couple realized their sanctuary couldn’t fully fledge on 2 acres in a country-club community near Orlando. More room and very few restrictions were a must.

The need is great, the calls for help endless from people with parrots they can no longer care for.

She and her husband searched for property all over Florida.

In DeLand, they found an old farmhouse on 5 acres, with a barn large enough to temporarily house the birds. They moved in in October 2017 and got busy building.

The emerging facilities for the Palace’s growing flock are designed and built for birds to exercise — moving between multilevel perches — and for flying.

But not for breeding.

“They need nest boxes or they don’t feel secure to lay eggs. We don’t provide nest boxes, so we don’t have to worry about breeding,” Koile said.

Forty macaws and cockatoos are “in flight” in a divided 80-foot-long, 20-foot-tall aviary with plenty of wire to grab and climb. From here, the birds greet approaching visitors — loudly.

Salutations are uttered with enthusiasm, and such varied vocal inflections that it’s hard to chalk it up to mimicry.

“No, they’re very smart, and they really do communicate,” said Koile, who clearly adores each and every one.

Many are volunteers. Without them, Koile said, the sanctuary could not exist.

“They are such an important part of this,” Koile said. “We have students earning hours for Bright Futures [scholarships] from eight different high schools in Volusia, Seminole and Orange counties, interns from Stetson University and the University of Central Florida, people completing community-service hours and seniors — seniors are awesome.”

One, a 70-year-old regular, knows every bird’s name, Koile said.

Koile also works with, and is helped by, several children and teens with autism.

One of them forewent an offer to join the U.S. Navy’s nuclear program, opting instead to accept a full scholarship to Rollins College because he couldn’t bear to leave the birds, according to Koile.

“I’m a hugger,” she said. “When Timmy first started coming, he wouldn’t hug. Now he says, ‘Come on in for a Timmy hug.’”

Koile has to reach up a little.

With her four children grown and on their own, Koile said, the farm provides the perfect not-so-empty nest.

“I love kids,” she said. “I wanted to get back to the basics of a farm. There’s not enough connection anymore.”

About 60 caged birds — including African greys, Amazons, conures, eclectus parrots, Hahn’s “mini” macaws, Senegals and Quaker parrots, all relinquished to the Koiles “for one reason or another” — remain in the large barn, but only temporarily.

Within two years, Koile said, all the birds will be “in flight” in large enough quarters to spread their wings and move freely.

During the first week of June, she had three calls for birds needing homes. The numbers are staggering.

“I read that macaws average 12 homes in a lifetime,” Koile said. “That killed me.”

People get the birds, and then discover that the parrots scream, bite, pick on each other, need endless attention, and can become distressed enough to pluck themselves featherless.

Peaches, a charming cockatoo, was caged behind a plastic screen in his former owner’s living room, Koile said.

Thought to be a female — until Koile’s veterinarian at FloridaWild Veterinary Hospital determined otherwise — the friendly bird had not been handled for four years, and became arthritic from only having one perch.

Having plucked her own feathers because of stress, Sabrina — a Goffin’s Cockatoo — was “naked” when she arrived, Koile said.

Rather than surrendering the bird, her owner — who works out of town and was unable to provide the constant companionship Sabrina craved — pays a membership fee to Parrot Palace and visits his beloved bird regularly.

“He comes and brings his lunch, sits in a chair and they all fly around him,” Koile said. “He looks like a tree. He’s kind of an empath to birds. He’s got that thing birds like.”

Sabrina’s contentment is evidenced by the return of her snow-white feathers.

“I don’t take them all,” Koile said. “If they can go on a waiting list, that helps me. I would rather they go from home to flight, but if it’s an emergency, like the death of a family member, I’ll do what I can.”

Death causing a bird’s homelessness is not an unusual situation, since macaws live to be 80 or 100, and cockatoos, 40-60, she said.

It takes a large and willing village.

“I have friends all over the state, and usually we all work together,” Koile said. “I have a friend in Brandon with 400 birds and a friend in Naples with 350.”

Koile will concede that her unexpected, incredibly rewarding palatial undertaking began with her, but beyond that, she said, it’s not about her, at all.

“It’s about the birds, our tireless advisory board, amazing volunteers, members and donors,” she said. “They make the Palace; they are the village that keeps it going. The birds are happier and healthier because of every one of them, and for that we are so grateful.”