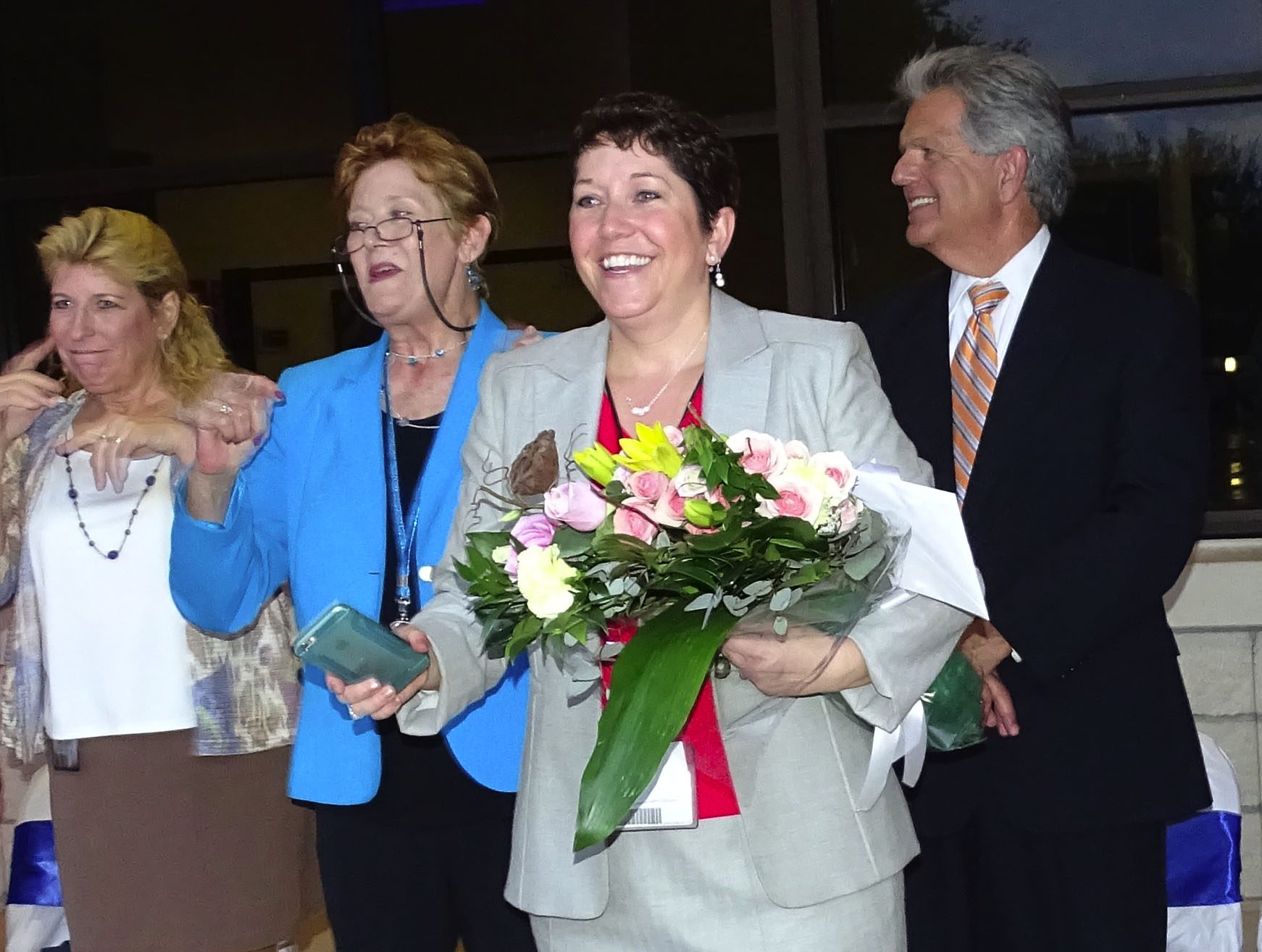 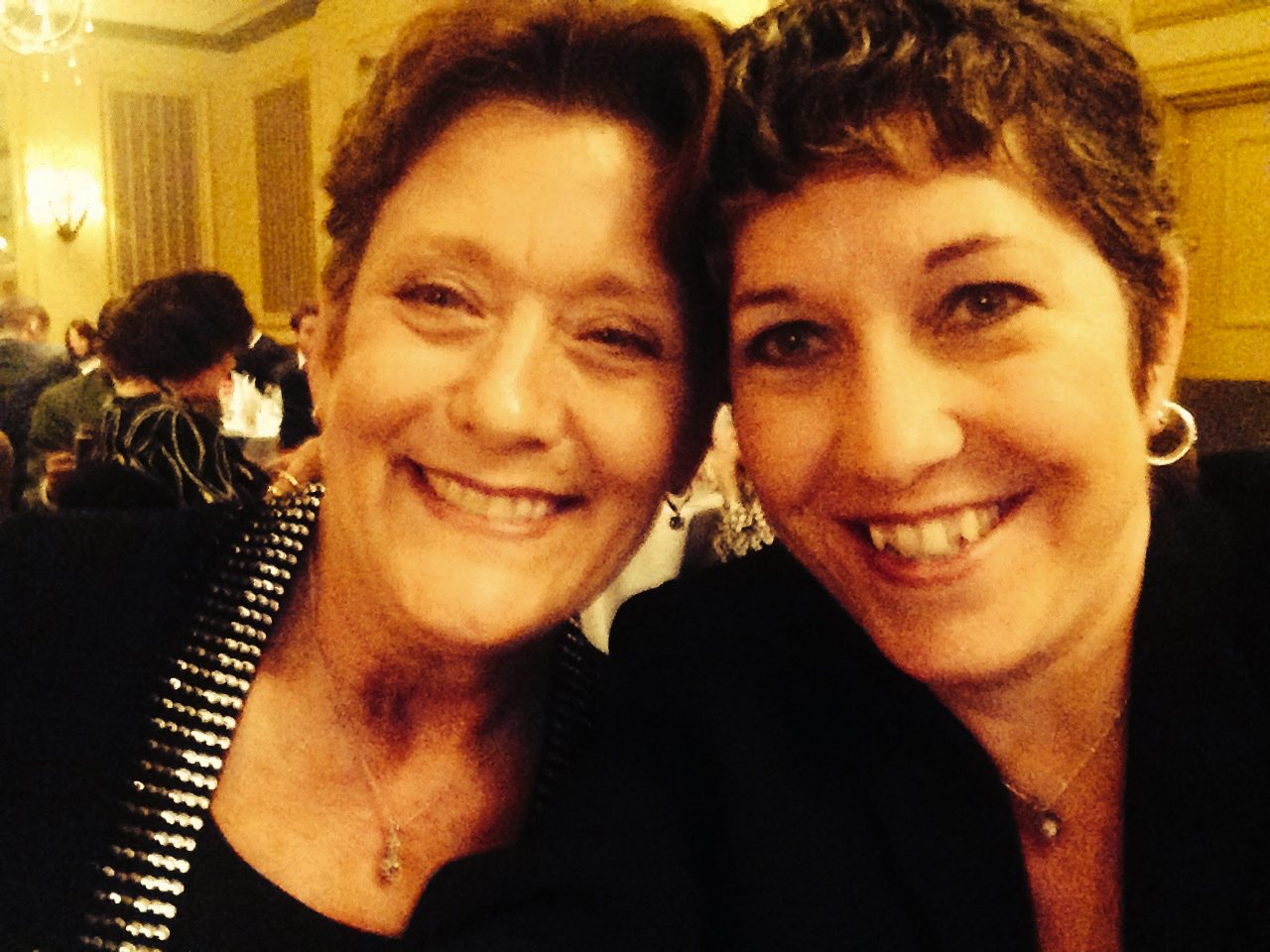 Retired Volusia County Clerk of Court Diane Matousek was “a class act,” according to those who worked for her. Each one interviewed said she was a great leader who never left the trenches.

“Her passing has been shocking and painful for me and the current and retired staff,” current Clerk Laura E. Roth said. “She was so excited about all the time she would have with her family, especially her grandson, after such a long and dedicated career. It’s tragic that she died so soon after retirement and at such a young age. It’s been a comfort to me since I took office, knowing she was there for me and understood the challenges. We will miss her very much at the Clerk’s Office and hope to carry on her legacy of dedication to public service.”

In a phone interview July 31, peppered with his characteristic dry humor, Clayton gave an entertaining preview.

Clayton researched the 1992 election in which Matousek prevailed to become the people’s clerk.

Talk about the boss around the water cooler at the courthouse was consistent and positive through Matousek’s years as clerk, Clayton said. Hers were happy, appreciated and appreciative employees.

“As a clerk, I can tell you, Diane’s integrity was unimpeachable,” Clayton said. “She had an incredible work ethic, never lost her sense of humor. She took her job seriously, but she never took herself too seriously.”

“She would suspend you even if she liked you, if it was warranted,” he said.

Clayton and Matousek both were born in September, a year and a few days apart.

“She never failed to remind me she was younger,” he said, laughing.

“She sure loved her family,” he said, almost tenderly.

“Diane was one of a kind,” Clayton said. “She died way too young.”

Jill Hoblick lived in DeLand from 1964 to 2011, when she and her husband, Brian Hoblick, moved to Alachua, where Jill Hoblick now works for the 3rd Judicial Circuit.

“My love affair with the court system began on July 23, 1984,” Hoblick wrote in an email to The Beacon. “That was my first day working for the Clerk of the Court with Diane Matousek as my supervisor.”

Hoblick worked in the Law Department.

“Diane was an incredible supervisor,” Hoblick wrote. “She believed in cross-training so each employee in the department was capable of handling any area in the office. Not one employee was more important than the other; we were all treated equally, thanks to Diane’s style of supervising. She groomed us to handle customers who could easily become frustrated in trying to navigate the system. She taught us the importance of respecting the judiciary and what they represented. Her work ethic was unmatched, and those lucky enough to work for her learned how to follow her lead.”

Among Hoblick’s fond recollections is the pride Matousek took in a professional appearance, setting an example she encouraged others to follow.

“She painted her fingernails every morning before work,” Hoblick said.

“She loved the Miami Dolphins and she really loved the Supremes,” Hoblick wrote. “It didn’t take much to get her to start singing, ‘Stop! In The Name Of Love.’ And she really did have a good singing voice! She was light-hearted and strong-spirited. She was a power to be reckoned with. I deeply admired her.”

Hoblick remembered a time she wasn’t feeling well and her supervisor drove her to the doctor, who informed Hoblick she was pregnant.

“I looked at Diane and told her, ‘I never thought it would be me and you in the exam room finding out I’m pregnant!!’” Hoblick recalled.

“Diane always encouraged me to be the best and to perform above my supervisor’s expectations,” she wrote. “I took Diane’s lessons with me throughout my career, and as I wind down, I think back, realizing Diane was the most influential boss I had the pleasure of working with.”

Sad for the loss, Hoblick is thankful for memories of the woman who helped shape her career.

“She was a powerful woman who loved the legal system and the people she came in contact with. She mentored so many of us over the years,” Hoblick said. “Her legacy will carry on throughout the scores of talented people she trained and influenced.”

Among them are Theresa Palmer, Heather Deem and Susie Richards, whose combined experience in the Clerk’s Office totals 98 years.

Three days after Matousek’s untimely death, the women, on their way to a training session, shared memories of the woman Palmer said was affectionately nicknamed “Queen Bee.”

The women were devastated by the news of her death.

“She always wanted to recognize staff. Anything good you did she’d follow up with a letter and let people know,” Palmer said. “If she wasn’t happy, you ended up in her office — a place I was far too often.”

Laughing, the often-outspoken Palmer said anyone who knows her should have no trouble figuring out why that was the case.

“The best part about being in her office … you were given the opportunity to explain,” she said. “It usually came out good, but you sure were hating it while you were there.”

Deem, a 26-year employee who manages court operations, said Matousek always looked out for her staff.

“She would understand, really understand what our needs were,” Deem said. “When it was your birthday, she would always mail the employees a birthday card. If she got a complaint, she always investigated, and didn’t just take the complainer’s word. She stood up for staff and always tried to make things better.”

Deem said for several years, Matousek hosted a party for the staff, at her own expense.

“She just did what she could; she never forgot being one of the staff,” Deem said. “She knew the daily functions, what it took, what staff dealt with on a daily basis.”

“She was a very classy lady,” Deem said.

“I remember her as a friend,” Richards said. “She threw my baby shower 32 years ago.”

The two women caught up by phone about a month ago.

“She sent pictures of her grandson,” Richards said. “We loved being grandmas. That was her new profession, and she was enjoying that immensely.”

She added, “She was definitely a pioneer in her field, and a very strong woman. … She was one of a kind.”

Matousek was long lauded for bringing the office into the digital age before it might have been deemed necessary by other officials. She was so ahead of the game, Matousek was able to secure the clerk.org domain for the Clerk’s Office website.

“She actually was shocked when she got it,” Palmer said. “But she could see things going into the future and would take what steps she could to be at the forefront.”

The three women agreed Matousek retired in 2016 well after she wanted to, because she wanted to be certain her successor was the right person, and ready.

In Laura Roth, she saw what she sought, Palmer said.

“She felt that Laura was that person, and wanted Laura to get comfortable, so she stayed longer,” Palmer said.