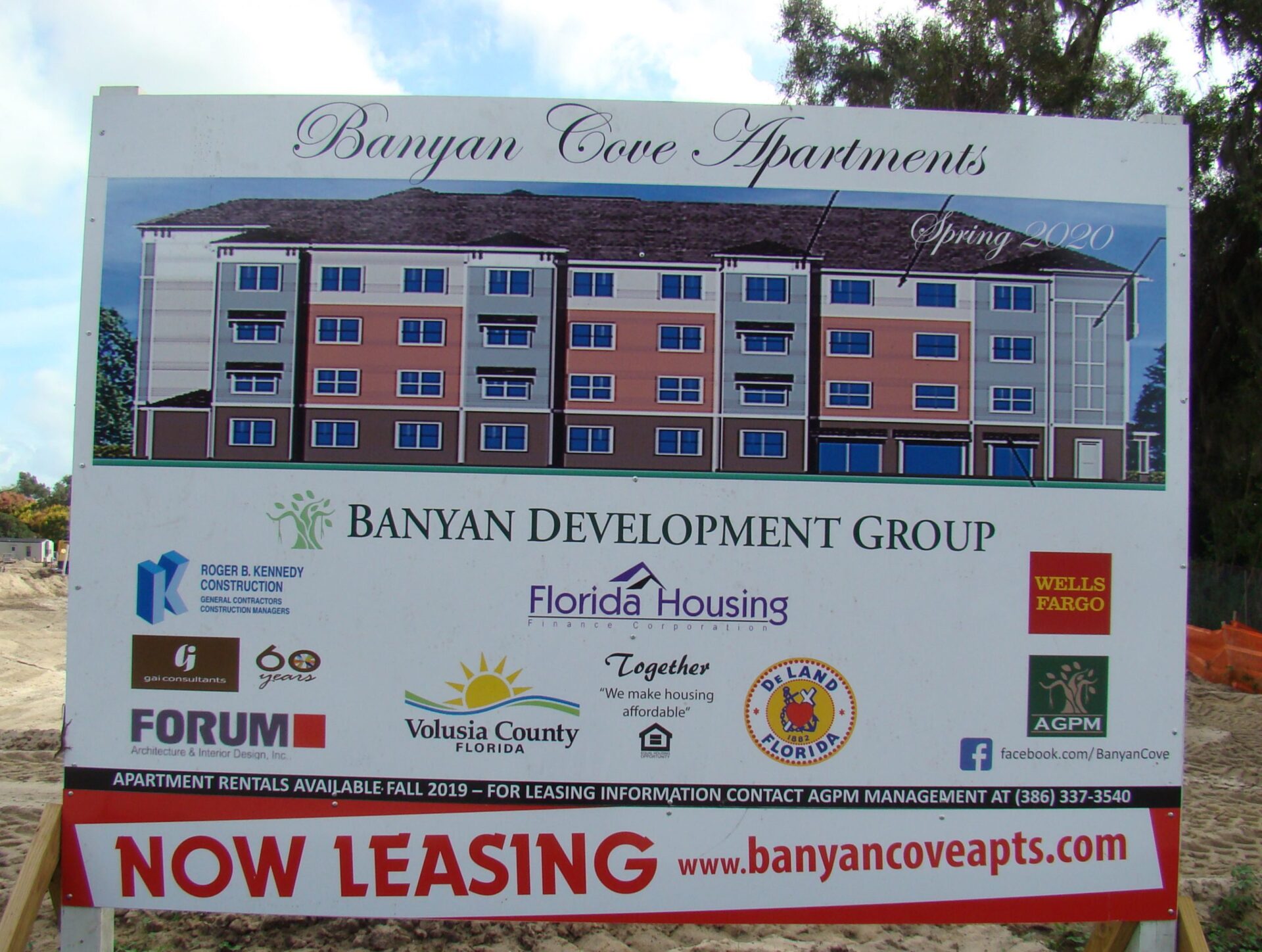 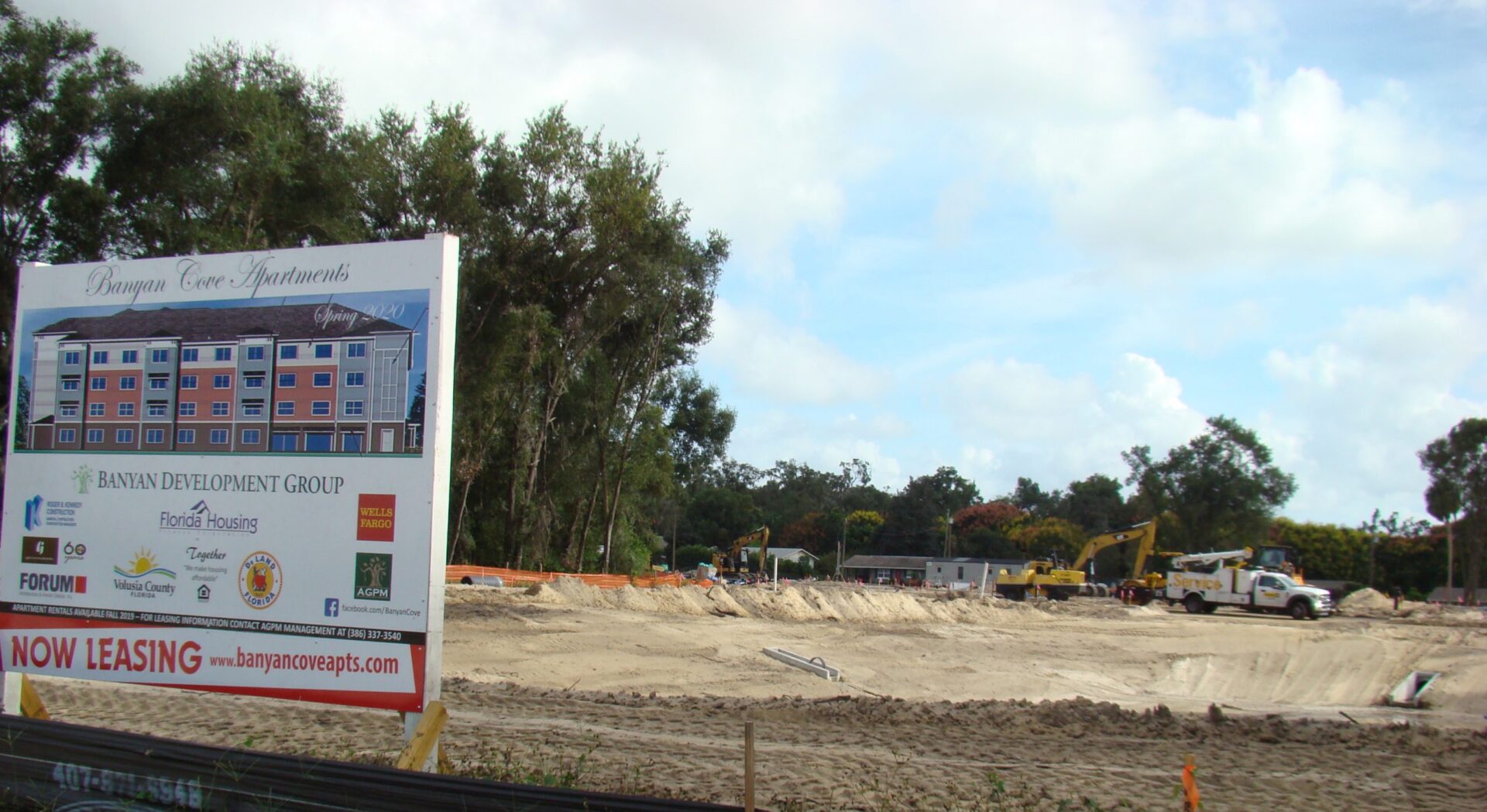 Roger B. Kennedy Construction of Altamonte Springs has begun construction of Banyan Cove Apartments, a senior-living community on DeLand’s north side.

The $11 million contract with Boca Raton-based Banyan Development Group calls for Kennedy Construction to build a pair of four-story buildings plus do related site work. The 100-unit community is projected to be completed by December 2019, a Kennedy spokesman said.

Although completion is more than a year away, leasing already has begun through www.banyancoveapts.com, according to a sign on the property.

The site is northeast of where North Street and North Clara Avenue intersect, behind Gateway Village Shopping Center and across from Nordman Nursery and a city fire station on West International Speedway Boulevard. Two entrances, from West ISB and North Street, are planned.

The project was designed by Forum Architecture & Interior Design Inc., also from Altamonte Springs, according to the Kennedy spokesman.

Although projects of this size generally require 225 parking spaces, Banyan maintained that 152 spaces would more than accommodate the need generated by the project. City officials agreed.

Banyan plans to retain as many trees as possible, and install additional vegetation and landscaping to meet the city’s land development code. It was determined there are no protected animal or plant species on the site.

The project is located behind commercial property and surrounded by a mixture of single-family, agricultural, civic and undeveloped properties. The northeast corner of the site is located within a 100-year flood zone — defined as areas subject to a 1-percent annual chance of flooding — and will remain undisturbed, according to an engineering consultant.

Banyan, a real estate development company focused on retail development and real estate investment in the Florida marketplace, has developed more than 3 million square feet of retail, office, industrial and residential real estate, primarily in Boca Raton and Wellington, with new projects underway in Broward County, Delray Beach and Lake Worth, according to the company’s website, www.agpmonline.com/development