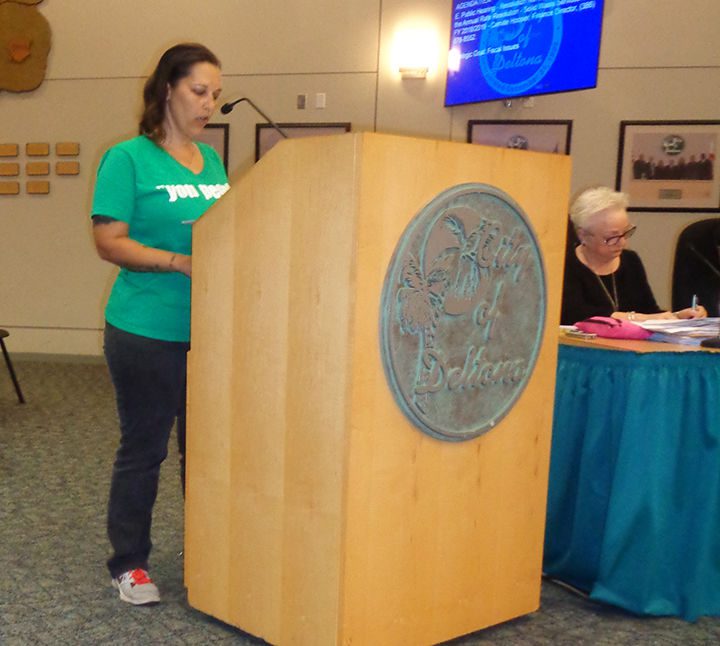 Charges have been dropped against a Deltona woman who was charged with a felony for recording her conversation with city employees without the employees’ permission.

The State Attorney’s Office dropped the felony charge against Brandy White, who was accused of using her cellphone to record video and audio of city employees without their consent. White posted the recordings on social media.

She expressed a feeling of vindication by the decision.

“I know I didn’t violate any laws, and I know that this was intimidation and retaliation,” she told The Beacon.

White has been an outspoken critic of city officials and has said they stall or block her requests for public information.

The incident occurred April 3, when White objected to a $5 fee to fulfill a public-records request. White’s conversation about the fee with city employees took place in a lobby on the second floor of City Hall, easily accessible to the public, and thus not subject to the mutual-consent requirement for recording.

A memorandum on the case concluded it was problematic.

“[I]t is clear that the intercepted communications at issue in this case would not fall under the statutory definition of ‘oral communication.’ As such, the State would not be able to prove even a prima facie case as to the guilt of Ms. White in this matter. With this in mind, it is my recommendation that the State of Florida decline prosecution of this matter against Ms. White,” Assistant State Attorney Christopher A. Indelicato wrote.

White said she is concerned about a possible lingering perception of guilt arising from the Volusia County Sheriff’s Office filing the third-degree felony charge and referring the case to the State Attorney’s Office.

“Now anybody who sees my name will see that I was charged,” she said. “I was told that the only way to get rid of it is to expunge it.”

White said her adoption of a child was almost derailed in the spring, after authorities became aware of the pending charge during a background investigation.

White also said she has not ruled out legal action against the city.

“I have an attorney looking into it,” she said.