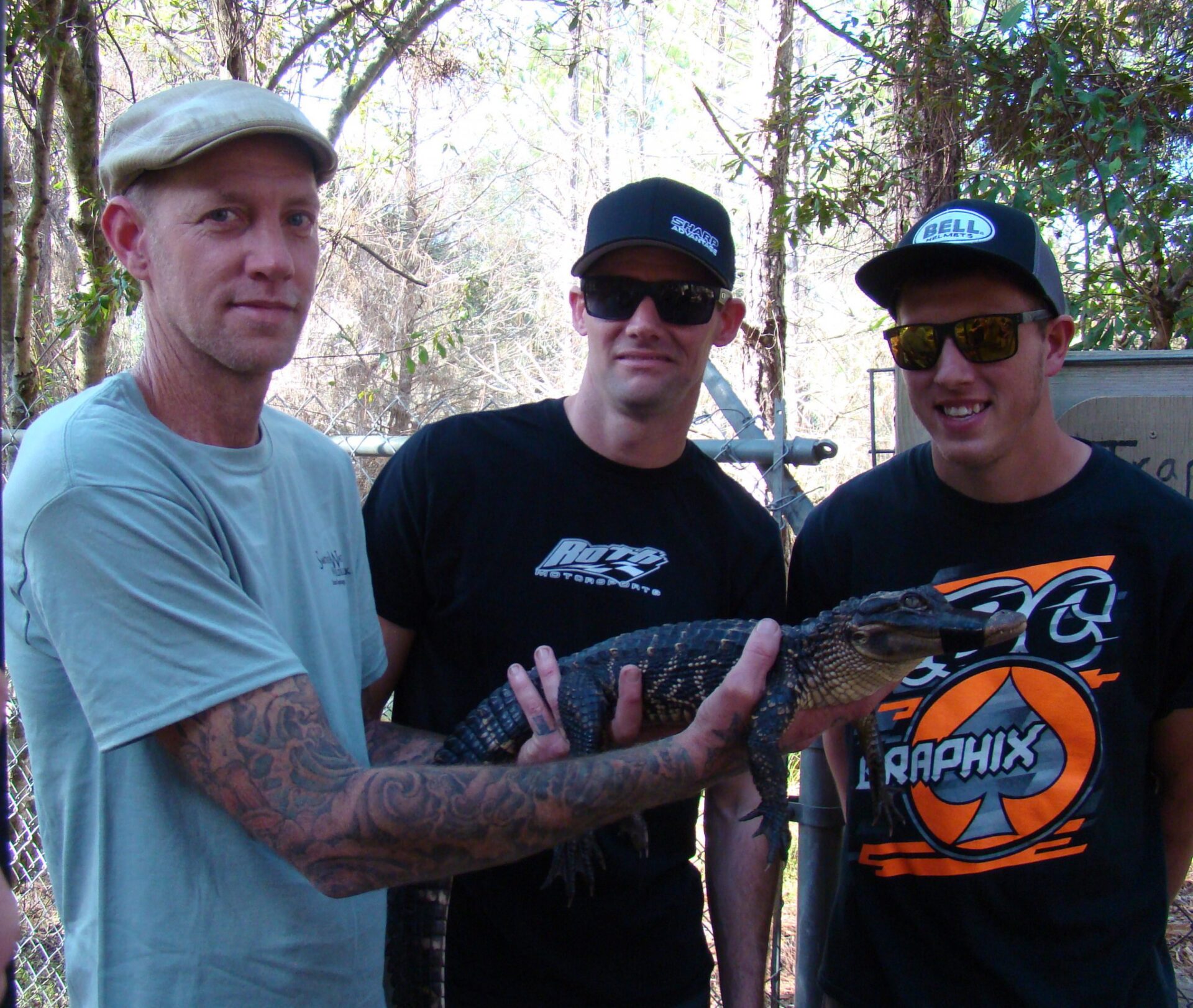 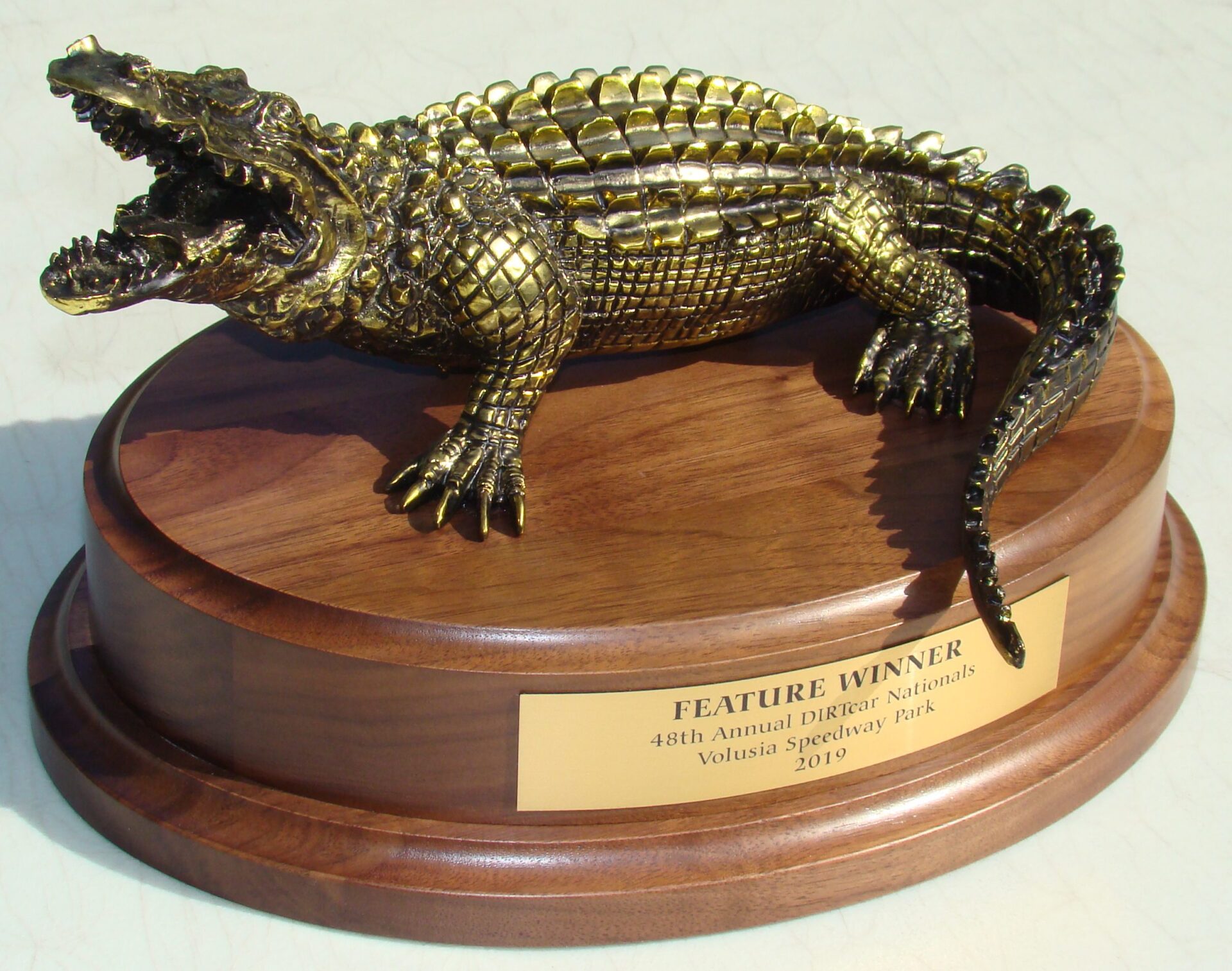 Nathan Sweeting was invited to visit Volusia Speedway Park for just one night last year, but ended up spending every night at the half-mile dirt racing track, showing off a baby alligator and posing for pictures with fans and drivers.

And Sweeting, who with wife Katie Durborow owns Smooth Waters Wildlife Park in DeLeon Springs, planned to be out at the Barberville raceway every night of this year’s nearly two-week-long series of races, which culminates this coming Saturday.

“It has been a lot of fun,” Sweeting said recently. “It went over well. … I get a cool vibe from being there.”

This year, Sweeting decided to return the favor and let some drivers and their families take a free tour of his wildlife park. Two drivers — Nick Hoffman and Daryn Pittman — showed up with their entourages and several officials from DIRTcar Racing Feb. 7.

“He’s been bringing everything to the racetrack, so we thought he’d be interested in our bringing the track to the park,” said Chris Dolack, director of marketing for World of Outlaws and DIRTcar Racing.

Every year in early February, DIRTcar Racing holds 12 nights of competition in four classes of race cars at Volusia Speedway. In 2012, the speedway renamed its awards — what were Eagles become Gators.

A “Gator” is given to the winning driver in each event; the award has an overall length of about 12 inches and stands about 6 inches high at the gator’s raised snout. The overall champion of each class gets a “Big Gator” that’s about three times as large.

Pittman is from Oklahoma and races with the World of Outlaws NOS Energy Drink Sprint Car Series. He was the series champion in 2013 and won the DIRTcar Nationals championship at Volusia in 2013 and 2015, Dolack said.

“I invited both drivers because of their success at Volusia through the years,” he said.

Smooth Waters, which opened in mid-2017, is a small wildlife park that gives kids and adults a chance to learn more about alligators, snakes, land tortoises and other scaly critters.

Sweeting and Durborow run the park, which has nearly 30 walled enclosures for smaller reptiles. Those enclosures are surrounded by almost a dozen spacious, fenced pens for the various alligators, crocodiles and caimans of various ages.