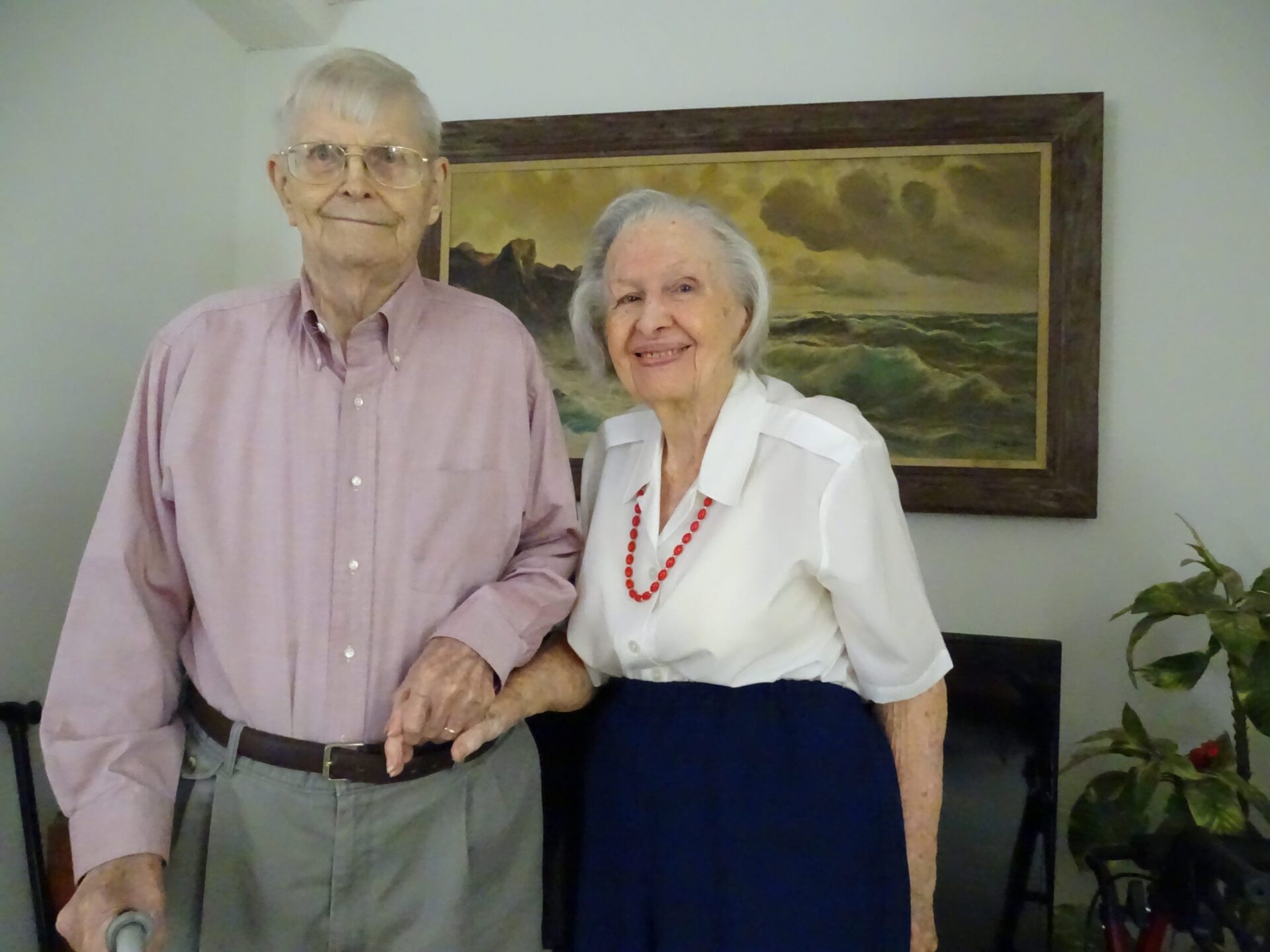 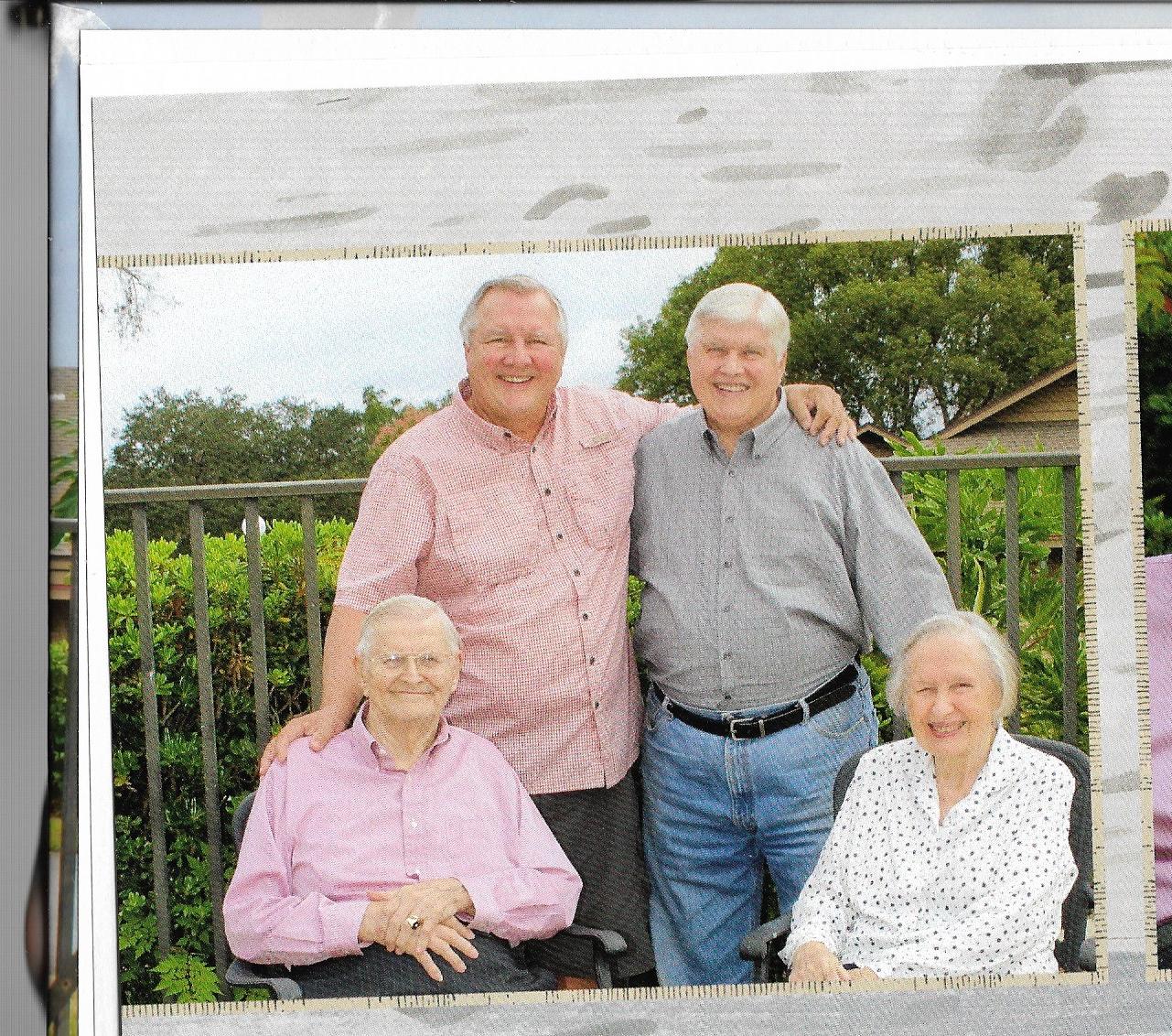 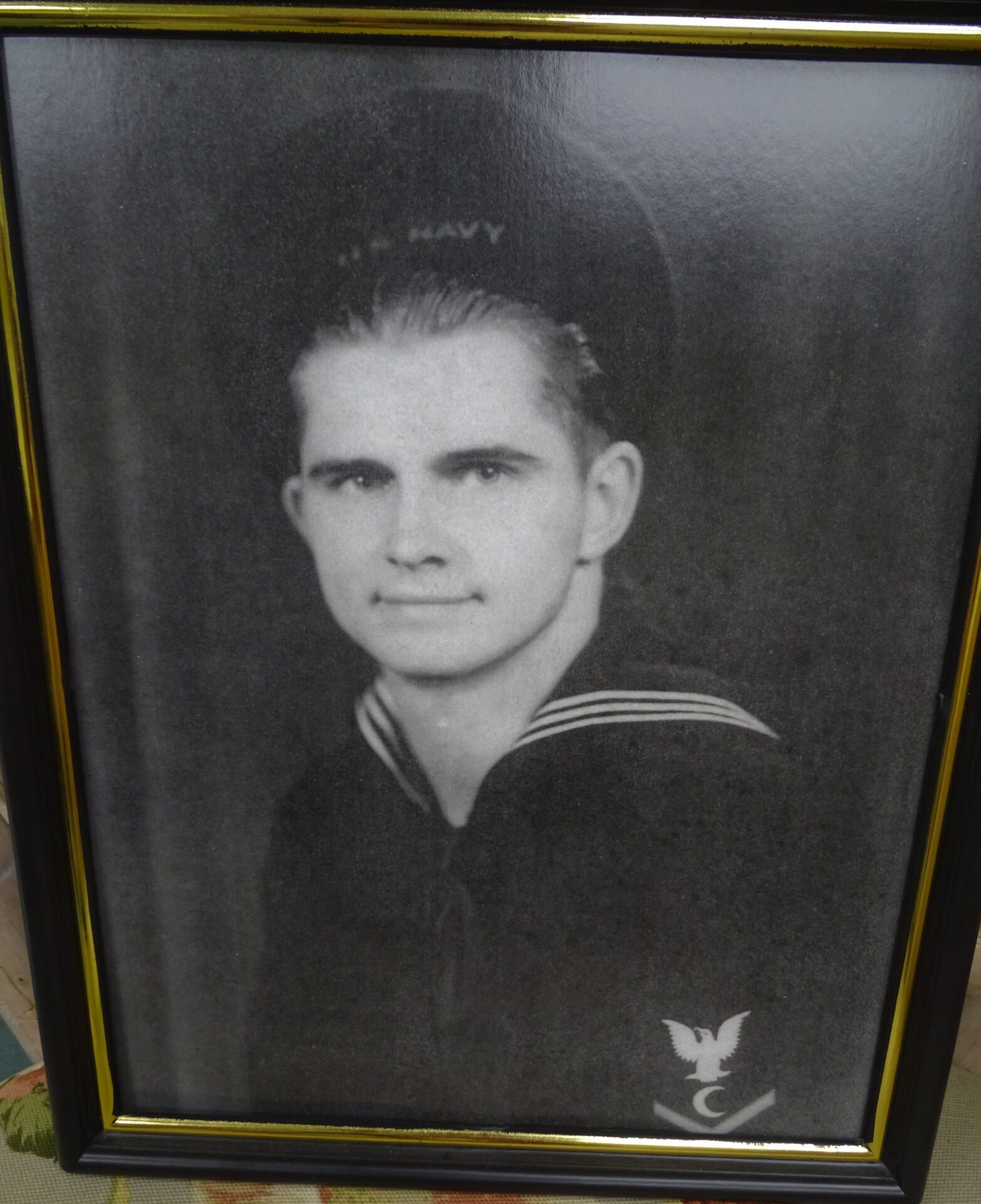 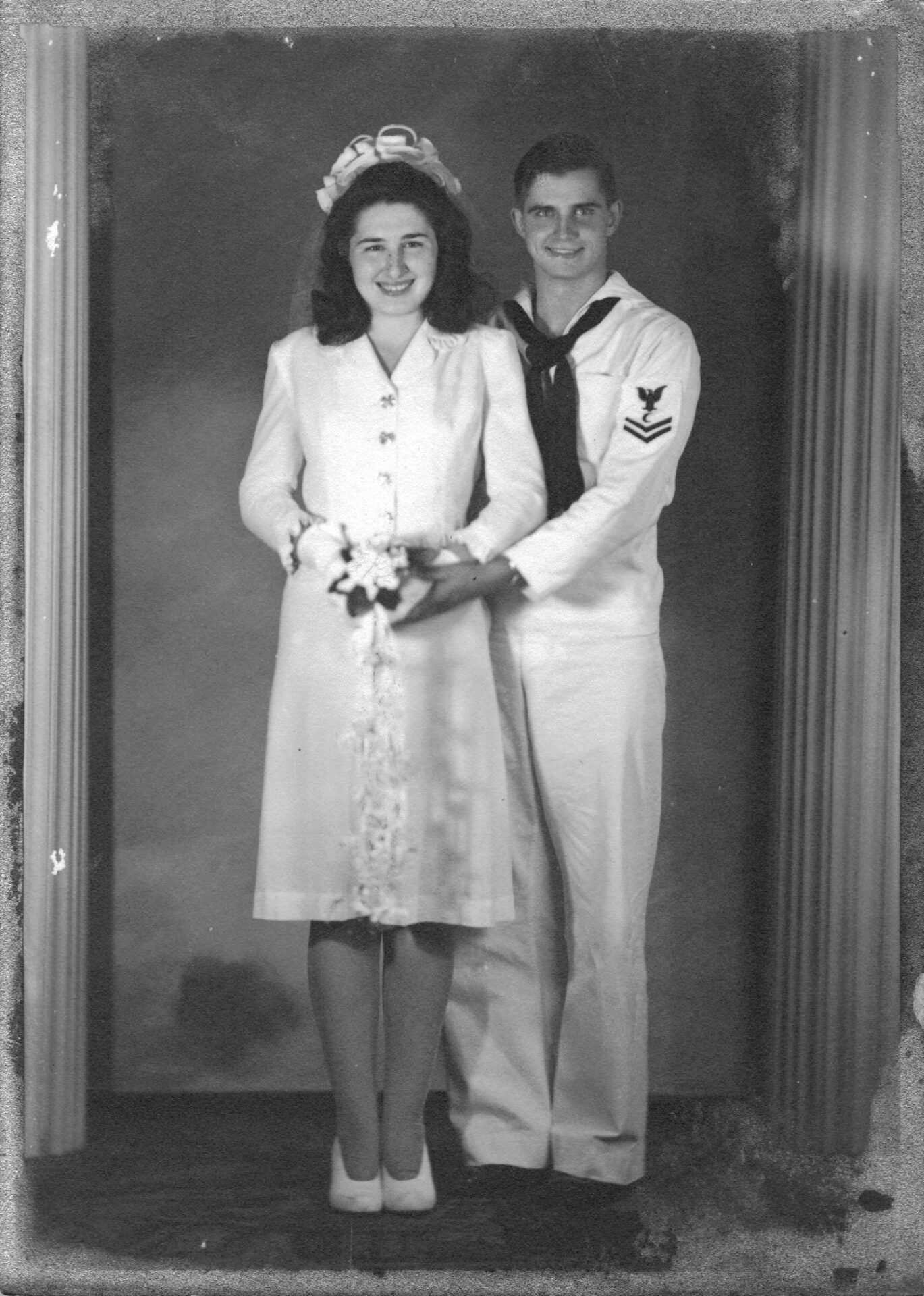 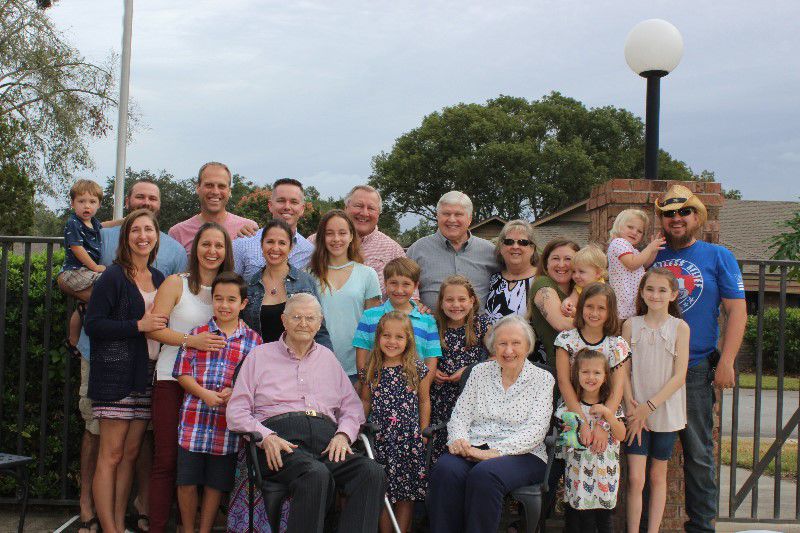 It all started with a tap on her shoulder that day in 1943. Ruth Wilson had just taken her seat inside the Dreka Theater when she caught the eye of Virgil Linder, a Navy serviceman from Iowa dressed in his blues.

Not to be intimidated by Ruth’s two brothers, Virgil asked if the “charming young lady” would rather sit with him to watch the movie. She obliged, and a bond was formed that would endure longer than many people will live.

On June 18, the Linders celebrated their 75th wedding anniversary. Their sons, Vernon and Donald Linder, are inviting the community to a party 1:30-3:30 p.m. Friday, June 21, in the Atrium at The Cloisters, 400 E. Howry Ave., to celebrate the happy couple.

In their home at The Cloisters, surrounded by photos of their four grandchildren and 11 great-grandchildren, the Linders reminisce about a lifetime spent hand in hand.

“People ask how we stay married so long,” said Virgil, now 97 years old. “We never argue. What’s the sense in it? We just always got along, didn’t we, honey?”

Calling each other honey and darling, Ruth and Virgil recall many anniversaries spent at Julian’s Dining Room and Lounge in Ormond Beach. No gifts were necessary, they told their friends, because, according to Virgil, “You can’t eat flowers!”

Virgil said his wife is the best cook around, but it was he who cooked for hundreds in the kitchen of the Naval Air Station in DeLand.

He was one of the first five men to report for duty at the base on the DeLand Municipal Airport during World War II, and is the only surviving member of those first few.

Virgil Linder’s service took him to Washington state and Japan, and he notes those deployments were the only time he was ever away from his wife. They always made their home in DeLand, living in one house on Kepler Road for more than 55 years.

Ruth, born and raised in DeLand, worked as a guidance secretary at DeLand High School from 1966 to 1986. She said her love for working with students never changed, but the landscape of her city certainly did.

“Everything was in town, the grocery stores and the hardware store, and now they are scattered everywhere,” Ruth said. “Everyone went to town on Saturday to visit.”

It was in Downtown DeLand where generations of DeLand men met Virgil, who worked in barbershops for more than 60 years on West Rich Avenue and the Boulevard.

When Virgil and Ruth’s sons came of age to enlist, Donald, who now lives in Denver, chose the Marines; like his father, Vernon chose the Navy.

The military still plays a strong role in the Linders’ lives. Ruth and Virgil were grand marshals for a DeLand Veterans Day Parade, and Virgil was a guest of honor at the DeLand Naval Air Station Museum’s big-band dance.

To those who know them, the Linders embody the marital vows to love and honor each other all the days of their lives.

To them, it’s simple.

“He just loves me all the time, don’t you, darling?” Ruth asked, looking fondly at her husband of 75 years and adding, “We always make sure to kiss good night.”