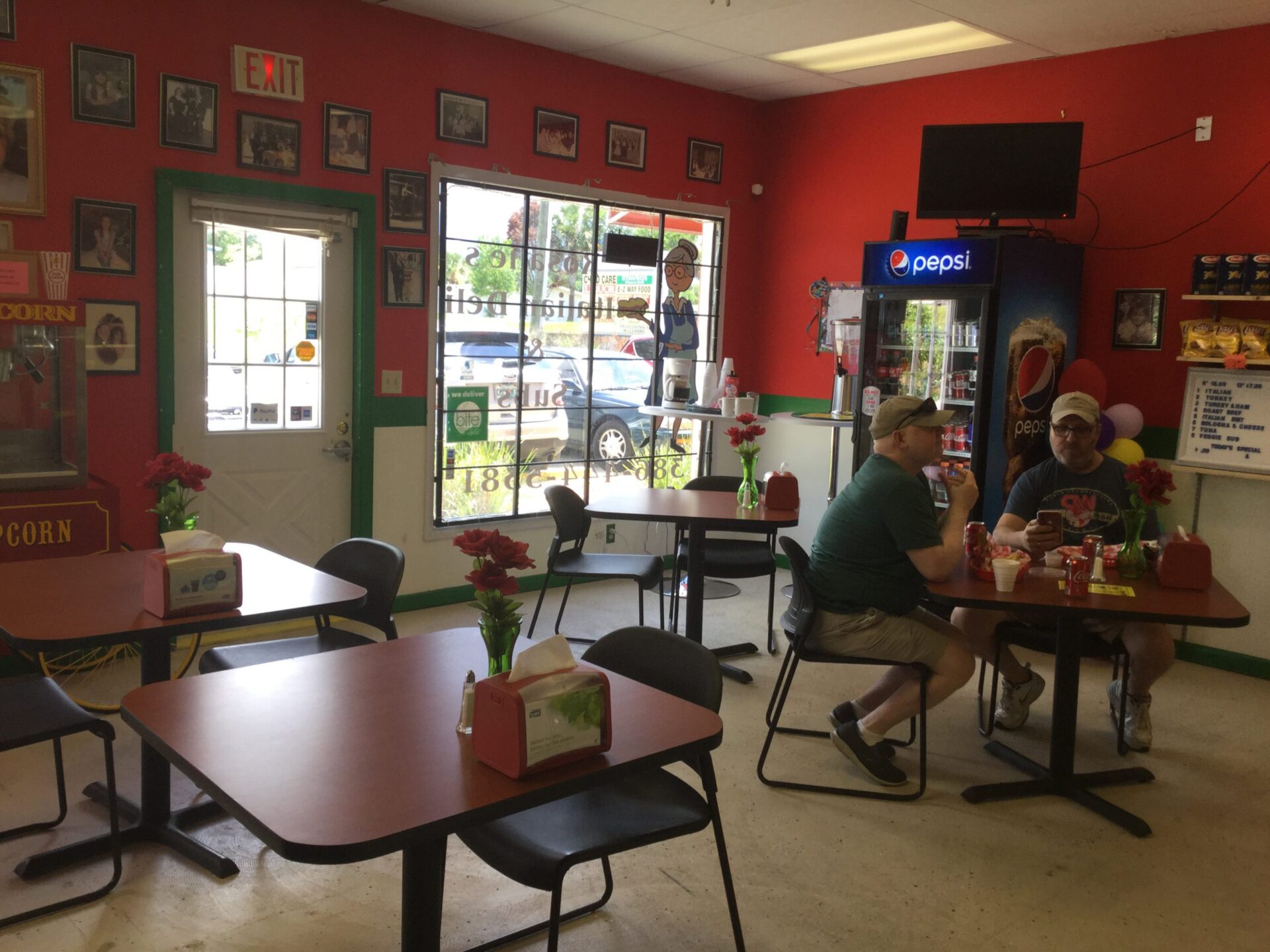 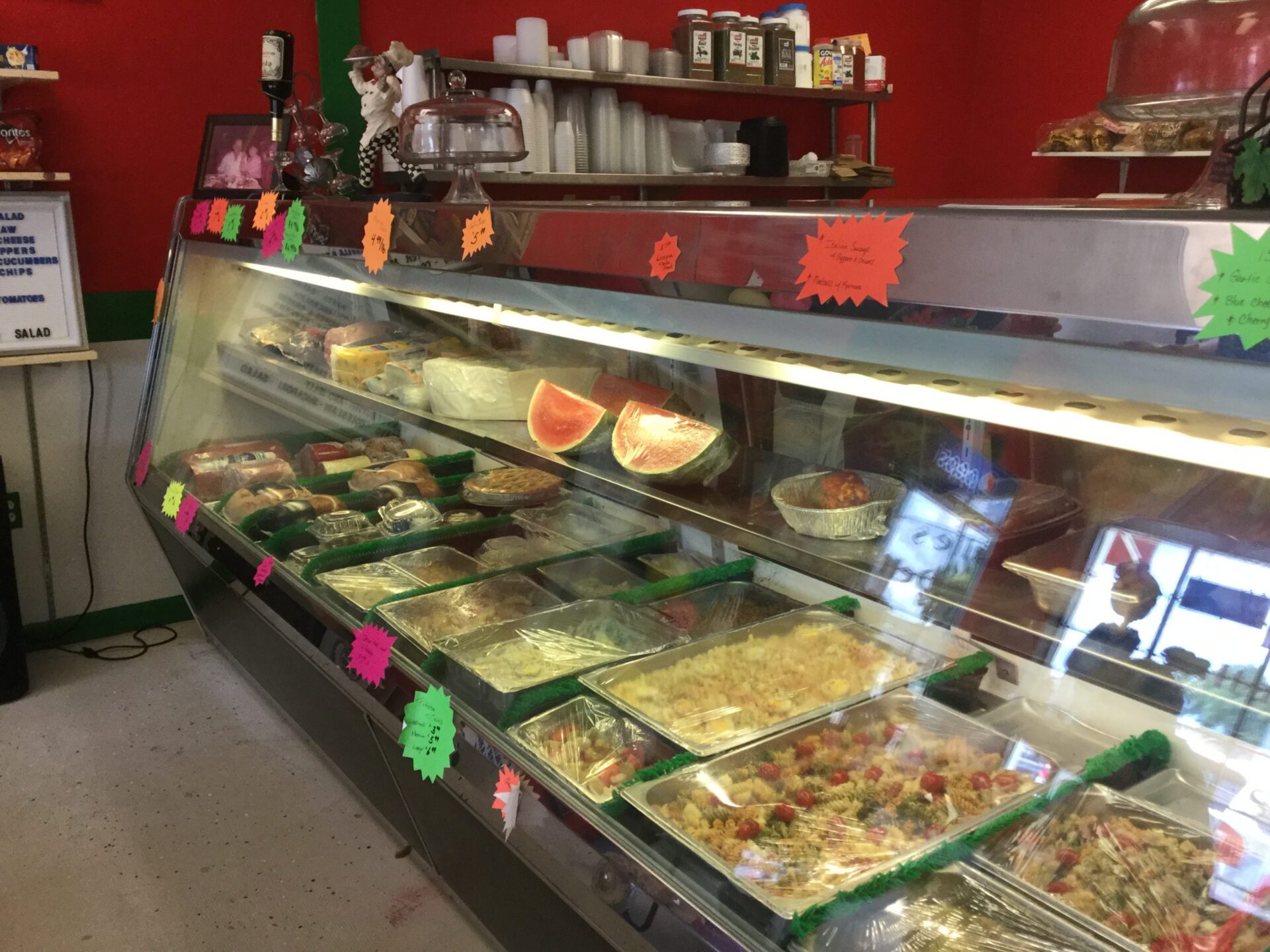 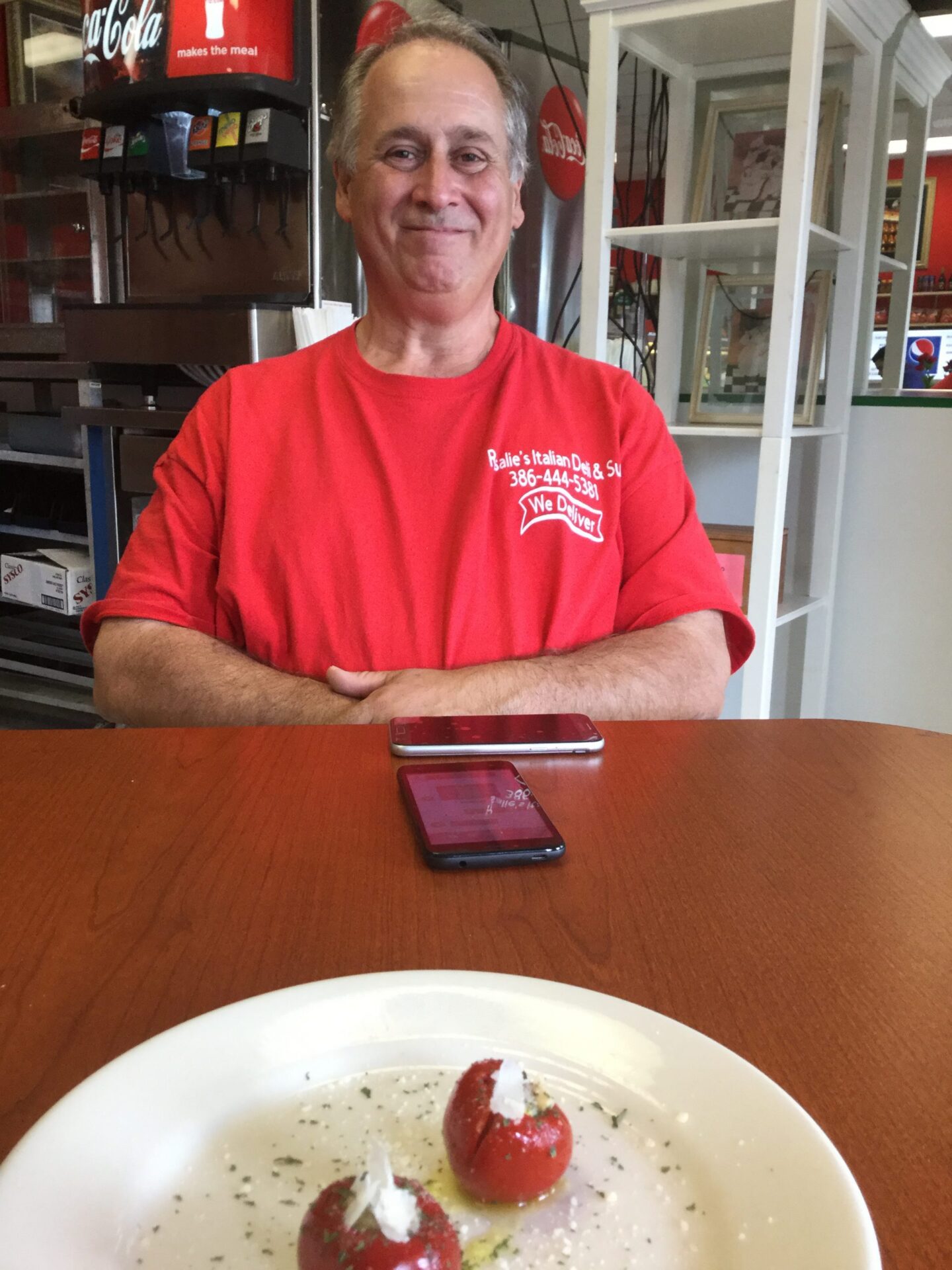 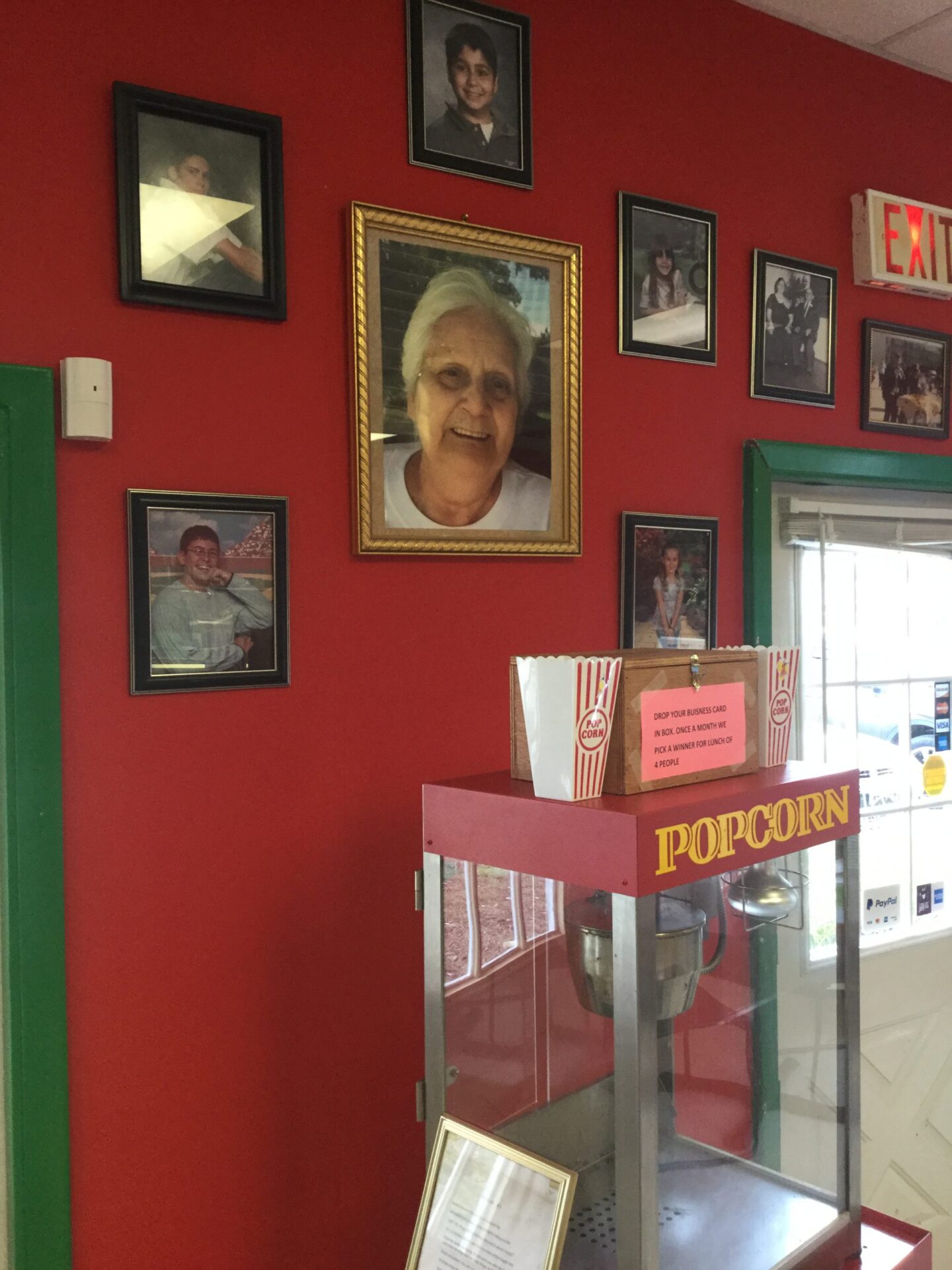 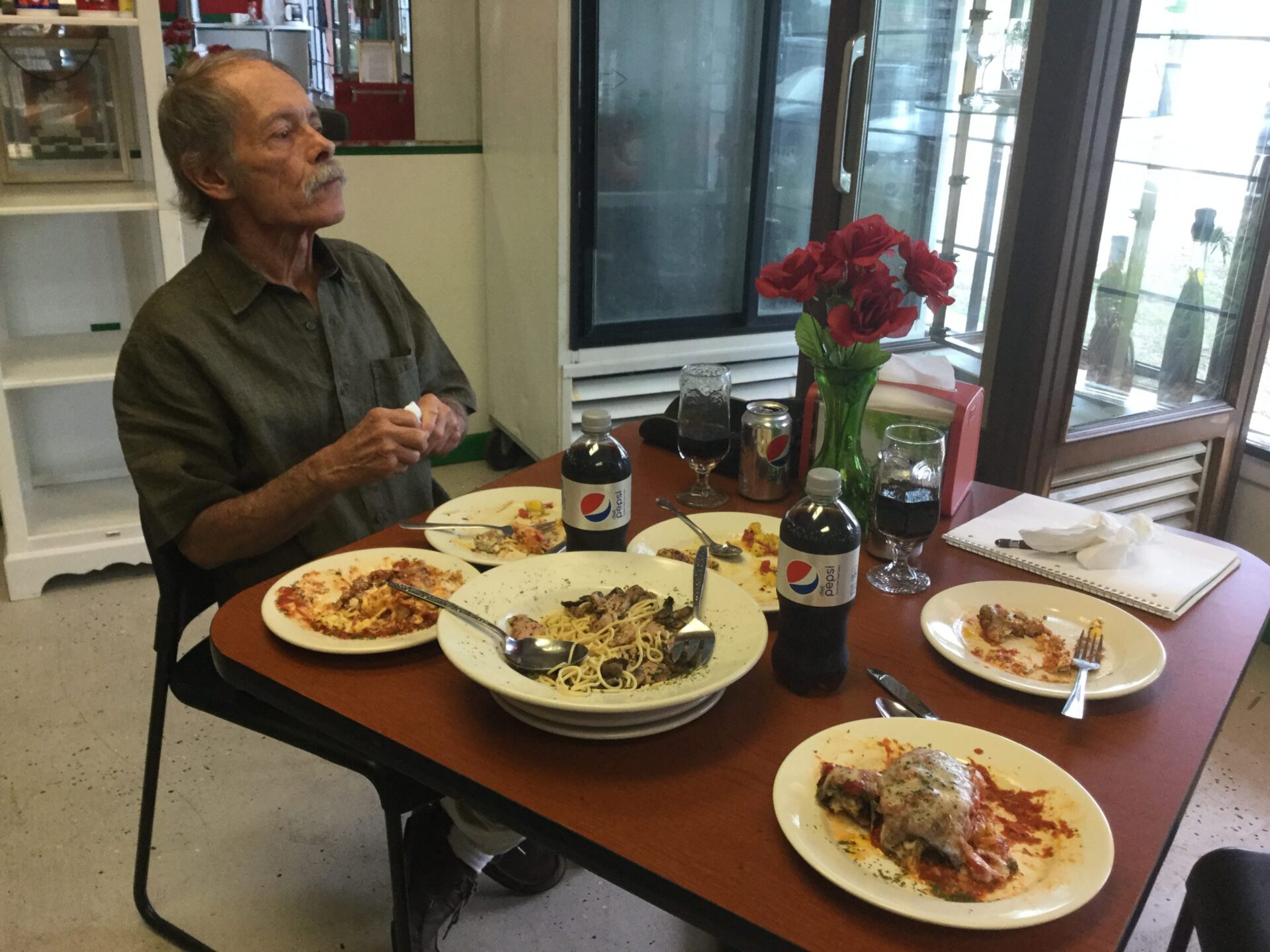 Tucked away at the east end of East Graves Avenue in Orange City, Rosalie’s Italian Deli and Subs has been a labor of love for the owner, Deltona resident Michael Stridacchio.

Opening an eatery like Rosalie’s was a natural step for the self-made businessman-cum-foodie. But that didn’t make it easy — first, he had to take care of Rosalie.

Family — and food — is everything to this Hazlet, New Jersey, (think Jersey Shore) native. His mother, Rosalie, and father, Harry, were born in the U.S., but all four grandparents came over from Italy.

“I grew up watching my mom and dad, and my grandparents cook,” remembered Stridacchio, who is now 52. “There was always some sort of pasta going on.”

When his friends in New Jersey came over to the house, they would be plied with food. If they demurred, Stridacchio would pull them aside.

His restaurant doesn’t make it difficult, offering a variety of tasty Italian dishes, from lasagna and eggplant rollatini to subs.

Coming from a close-knit family, Stridacchio followed his parents and brother Danny to Deltona in 1989, eventually raising a family of his own. Daughter Angelina, 17, still lives with him. Son Anthony, another foodie, lives in nearby Tavares with a 4-year-old grandson, Maddox. Another daughter, Destiny, lives in Tennessee.

A small-business owner in the concessions and party-rental world, Stridacchio was always connected to food in a professional sense. He’s run the Tiki Hut at the Sanford Auto Auctions every Tuesday for years, serving up grilled chicken, hamburgers and hot dogs, rain or shine. It’s the love of cooking that drove him to dream.

“It’s what Mom and I talked about forever,” he said, during a conversation inside Rosalie’s cheery dining area, with its red walls covered with black-and-white photos of family. “She always wanted me to open something like this.”

There is a larger portrait-type photo of Stridacchio’s mother on the wall, and he glanced at it often as he spoke of her.

“Mom was the whole reason for this,” he said.

His eyes filled, and he looked a little embarrassed.

“You want a sandwich?” he asked suddenly. “We can get you a sandwich.”

This May marked the third anniversary of the debilitating stroke that left Rosalie’s right side paralyzed. The once vibrant and independent woman required around-the-clock care.

Stridacchio hired nurses and even moved in with her to take a caretaking shift.

He struggled to care for her and stay afloat, while keeping their dream of the deli alive.

“I was doing everything I could to make this happen,” Stridacchio said.

Setbacks like losing his initial location took their toll.

“Every night, Mom would ask me if I got the key,” he said. “It was like she was just waiting.”

Days after Stridacchio finally secured the Graves Avenue location, Hospice was called in for Rosalie.

“He got the keys a month before she passed,” said Sue Munoz, a caregiver to Rosalie for more than two years, and now an employee of the deli that bears her patient’s name.

Rosalie died Oct. 9, and getting Stridacchio to talk about her is still difficult. He threw himself into the opening of the deli, overcoming all sorts of obstacles, including getting the 11.5-foot deli case through the front door.

Finding an affordable deli case was an obstacle to begin with; they retail for about $8,000, he said.

“I was praying to Mom and Dad,” he laughed, “… you gotta do something!”

The next morning — and he’s getting goose bumps relating this, he said — there was an image on his phone of a deli case someone had for sale — at a price he could afford.

It’s now in Rosalie’s, housing a varied fare of cold meats and cheeses.

There are freshly made pasta and potato salads; Caesar and Greek salads are available, and you can toss tuna on anything for $2.

Trays of stuffed cherry peppers — two kinds — filled with prosciutto, provolone, sausage, ricotta and bread crumbs line a shelf, as do olives, stuffed with garlic or blue cheese, and available for $2 for 13 — Stridacchio’s favorite number.

Rosalie’s offers hamburgers, cheeseburgers and hot subs like Italian sausage and onions, steak and cheese, and meatballs. The Italian sub, with salami, capocollo and pepperoni, is the best-seller, Munoz said.

One of the stars of this show is Stridacchio’s pulled pork, made with marinated pork butt, which is cooked overnight at 255 degrees. He smiled and declined to elaborate on the marinade, but shared that he likes his over pasta salad. The marinated pork butt is available whole, which is fortunate, as it is addicting.

Going to Rosalie’s is just like going to Stridacchio’s home for dinner.

We were brought a lineup of freshly made dishes like lasagna, stuffed shells, and a house specialty, eggplant rollatini, which is fried eggplant rolled with garlic, ricotta and mozzarella.

These are much-loved but traditionally time-consuming dishes, and Stridacchio hopes to soon offer them as frozen entrees for takeout. Desserts include tiramisu, homemade cheesecake and Stridacchio’s specialty: cannoli.

There are eight flavors of ice cream. The restaurant’s location near the Epic Theatres of West Volusia movie theater makes it an ideal place to stop off for a cone after a show.

Rosalie’s gives a 10-percent discount to teachers, EMTs, police, firefighters, nurses and the military. It’s Stridacchio’s way of giving back to the community.

They are available for catering as well, where Stridacchio brings years of experience. He also rents chafing dishes and tables.

The restaurant is keeping Stridacchio busy, and it’s keeping him cooking for people, and so, he’s happy.

Rosalie would be too, he said.