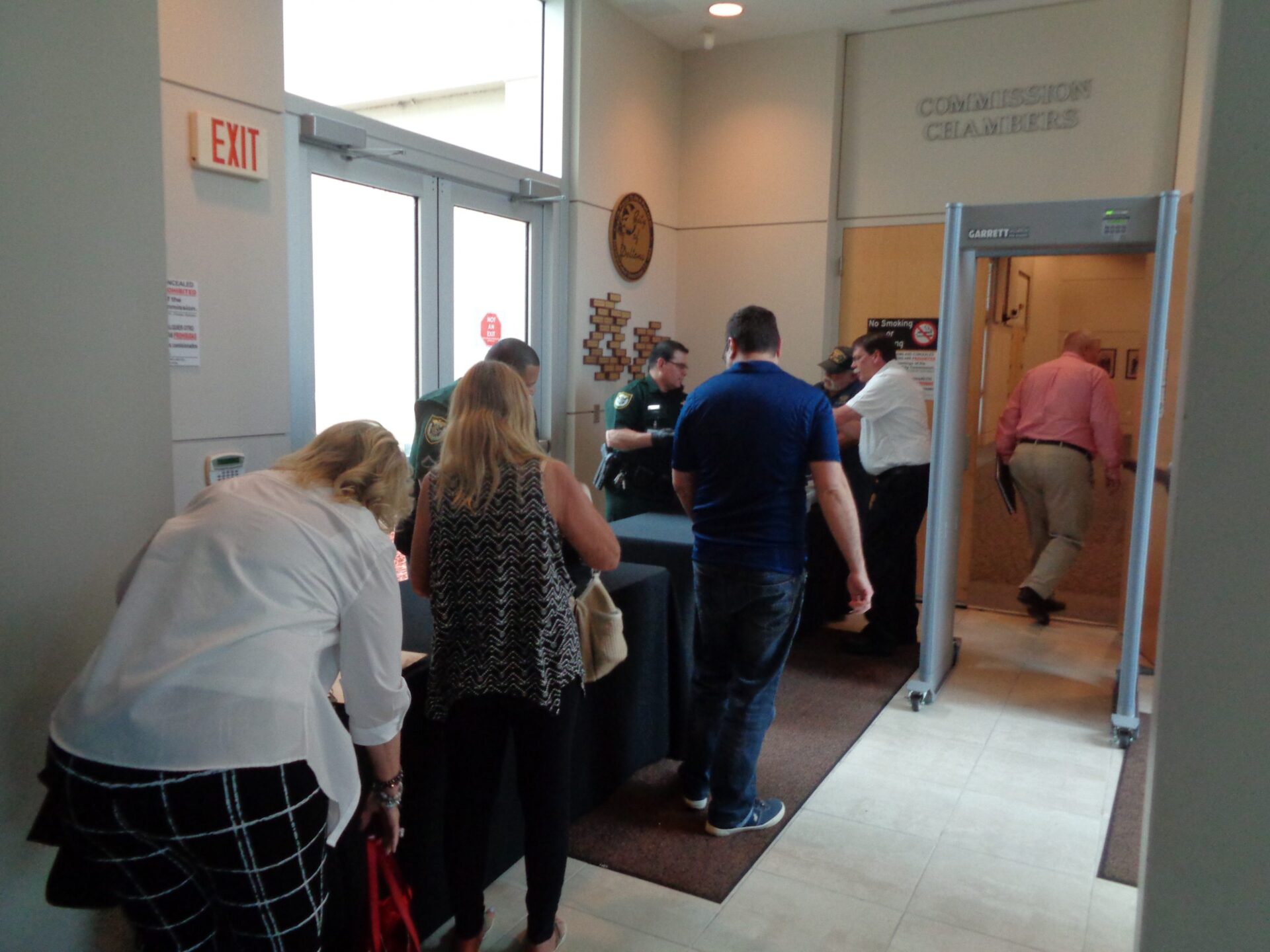 “You do not get to decide the language we choose,” said a speaker at the July 1 meeting of the Deltona City Commission, who identified himself as “Liberty Cause.”

To stress his point, Liberty Cause set off an F-bomb and held a sign bearing the obscenity.

Liberty Cause, not for the first time, threatened to sue Deltona if his freedom of speech is curbed. The city’s attorneys would not dismiss the possibility that he could do that.

Liberty Cause and other speakers were at Deltona City Hall for a repeat of the parliamentary pandemonium that broke out at the June 17 meeting. Like that meeting, the July 1 session featured an abundance of foul and filthy remarks, but the crowd was somewhat smaller.

“You’re going to tell me what kind of language I can use?” Pat Gibson asked commissioners, following up with a string of vulgar words.

While some spectators once again showed up with signs demanding that City Manager Jane Shang be fired, obscene and vulgar language poured forth from those who came to test the City Commission’s revised operating rules.

Because city officials feared a possible outbreak of violence, security at City Hall was heightened. Extra Volusia County sheriff’s deputies were on hand to screen for weapons and other contraband.

Everyone going from the lobby into the City Commission Chambers was required to put his or her personal effects — wallets, purses, keys, cameras, phones, etc. — into plastic bins and walk through a metal detector.

In another big change, the part of the meeting set aside for listening to comments from Deltona residents and others was moved from early in the meeting to near the end.

Mayor Heidi Herzberg said the amended rules dealing with debate and public participation balance the right of free speech with the City Commission’s prohibition of disorderly and disruptive conduct.

“No one is here to take anyone’s First Amendment rights away,” Herzberg said.

One of the new provisions reads as follows:

“Any person who engages in disorderly conduct or utters loud, threatening, offensive, or abusive language that disrupts, disturbs, or otherwise impedes the orderly conduct of any City Commission Meeting and the conducting of City business, shall at the discretion of the Mayor or a majority of the Commission, be barred from further audience before the City Commission during that meeting.”

There is no mention about ordering deputies to expel a speaker who violates that rule.

Another provision had been stricken from the new rules.

“Personal attacks shall be ruled out of order by the Mayor,” appears with a line through the words.

Herzberg said she and the other members of the City Commission “understand where freedom of speech stops and where personal attacks, and profanity and vulgarity begins.”

The possibility or threat of a lawsuit over the First Amendment loomed over the commission.

“The citizens are going to be the ones to foot that bill if we get sued,” Commissioner Chris Nabicht said, adding anyone speaking to the meeting should “do it in an orderly and respectful way.”

The situation was confusing to Commissioner Loren King, who questioned how anyone using abusive or offensive language would be disciplined.

King also panned the idea of letting a majority of the City Commission decide if an unruly speaker should be stopped, rather than relying on the mayor alone to rule on who is speaking and what is being said.

As the night wore on, the City Commission continued to debate the details of the rule changes. Commissioner Maritza Avila-Vazquez suggested the matter be discussed further in a workshop, or informal meeting of the commission, “or we’re going to have breakfast here.”

“I would like to put this in a workshop, because I would like to have another [legal] opinion,” Commissioner Anita Bradford said. “Let’s just make 1,000 percent sure that we’re covered.”

The commission will resume its discussion of its meeting rules and operating guidelines in a workshop Monday, July 8. The meeting begins at 5:30 p.m. at Deltona City Hall, 2345 Providence Blvd., and is open to the public.