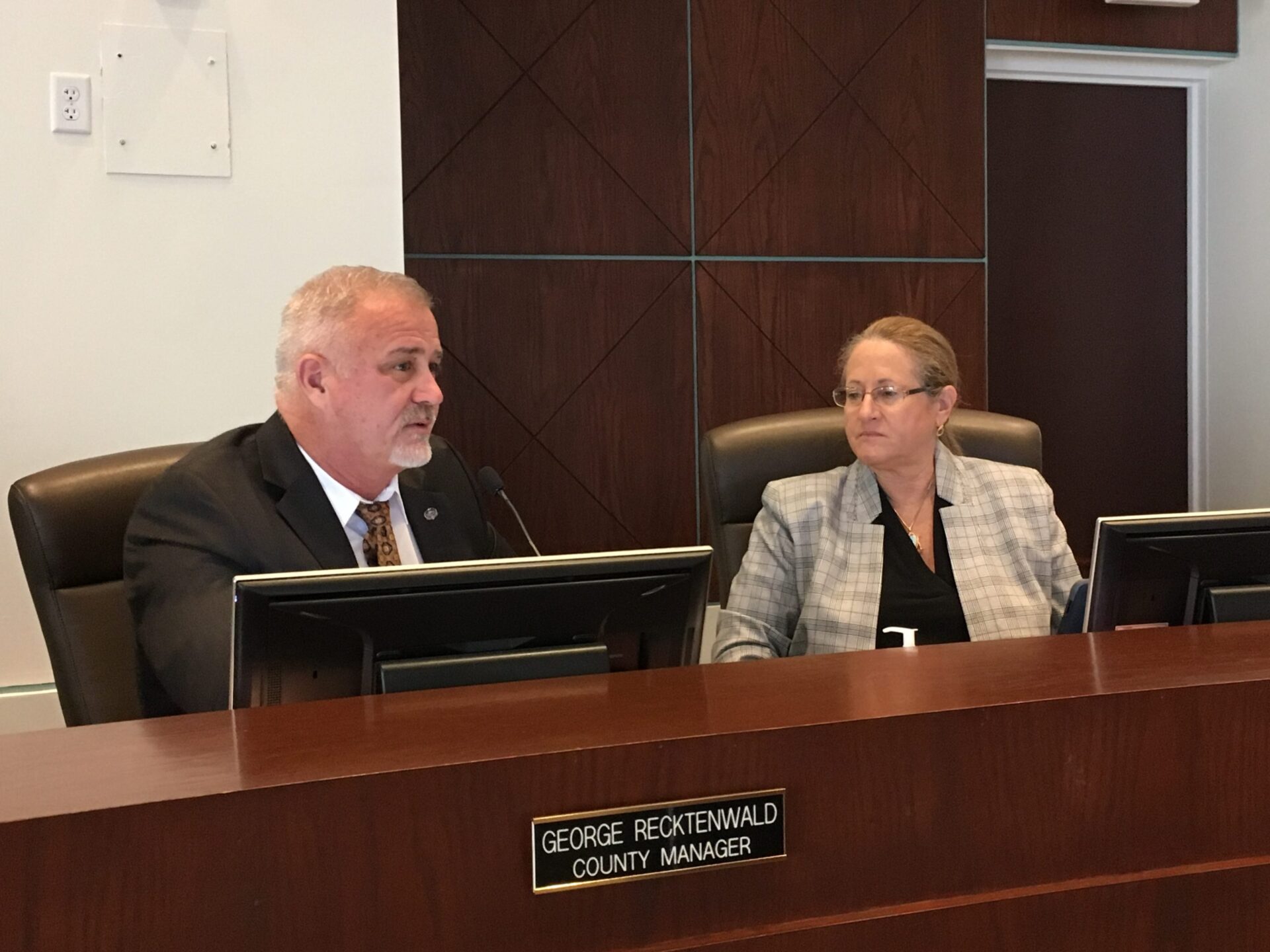 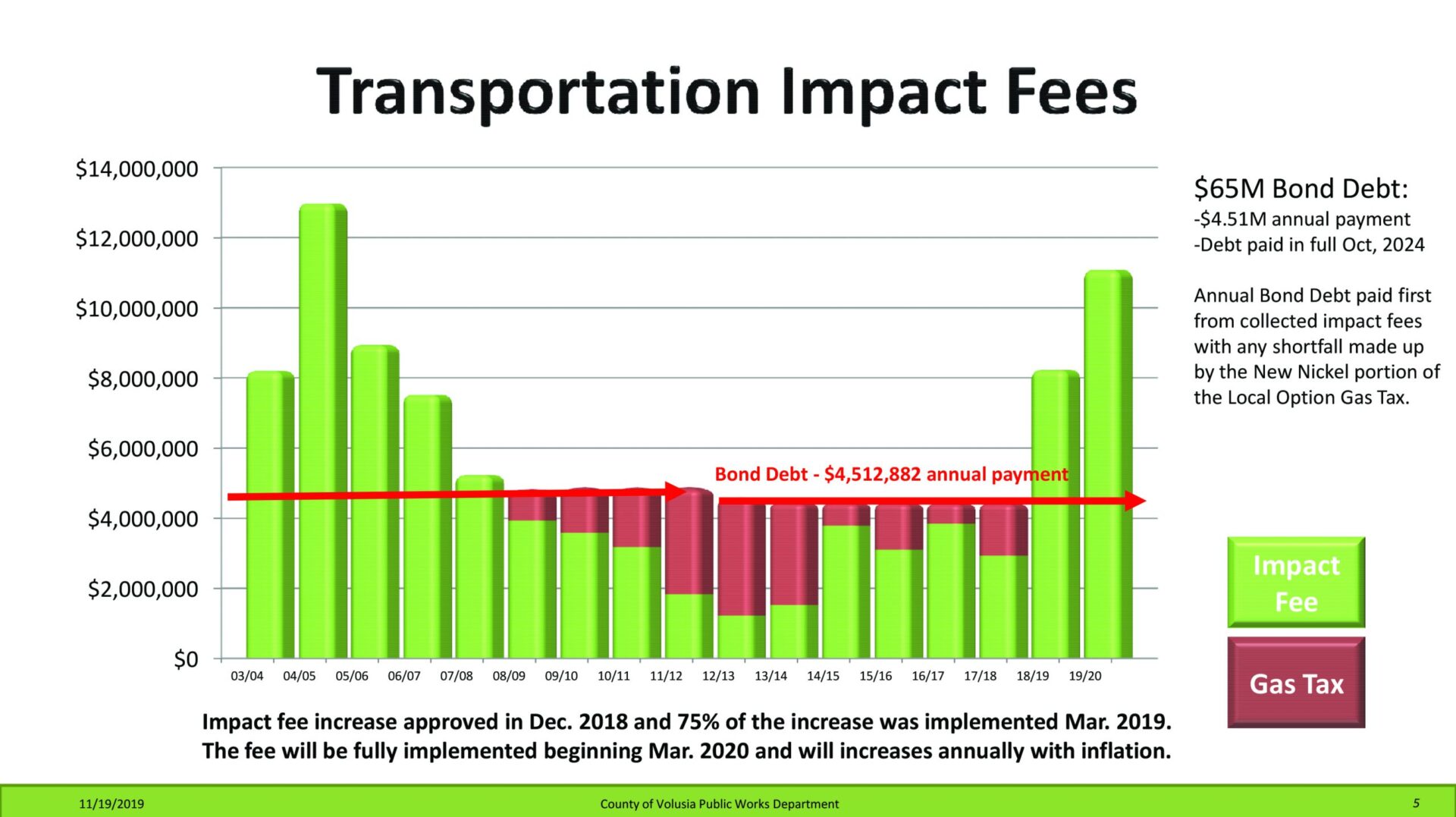 The economic upswing in general and the building boom in particular have put more cash into Volusia County government coffers, prompting leaders to plan a new round of spending on roads.

After years of deferring and shelving projects, county officials are now resurrecting old plans and creating fresh ones.

The county has unveiled its first five-year road program in several years.

“It’s time now to put together a list of projects that are doable,” County Manager George Recktenwald said Nov. 19, as the County Council reviewed data on road-impact-fee collections and a slight increase in gasoline-tax receipts.

After more than a decade of anemic impact-fee revenues, the county has logged two years of impact-fee growth, and the trend shows no sign of diminishing soon.

Volusia County has taken in approximately $20 million in road-impact fees over the past two years combined.

After making about $9 million in payments on a 2004 bond issue of $65 million for road building, the county now has about $11 million left over to spend.

Paying back the bonds has the first claim on the county’s transportation funds. Gas-tax revenues were initially pledged for the repayment, but the county shifted some impact-fee dollars to servicing the debt.

The debt is supposed to be fully repaid in 2024.

By state law, impact-fee revenues may be used only for “new capacity,” meaning new roads or adding lanes.

Impact fees are collected upfront on new homes and commercial buildings, and are supposed to help local government meet the need those developments create.

The county’s local-option gas taxes are rising ever so modestly, expected to yield about $26 million this year. That may seem like a large amount of cash, but a single mile of two-lane road costs about $5 million.

Thus, if Volusia County has about $37 million for road projects — gas taxes plus impact fees — that can pay for about 7.5 miles of new roads.

The roads the county builds with impact-fee revenues also must be located in the zones where the road-impact fees were collected.

For example, the dollars charged on new construction in Deltona must be reserved for the county’s southwest quadrant; they may not be shifted to Ormond Beach or Daytona Beach to pay for a county thoroughfare such as Williamson Boulevard.

Volusia County also receives smaller amounts of money for roads in the form of “proportionate share,” a sort of additional impact fee paid by developers to defray the costs of future transportation improvements related to a new subdivision or commercial project.

Amid the fresh inflow of transportation dollars and newfound optimism, county officials are eyeing new — and old — road projects.