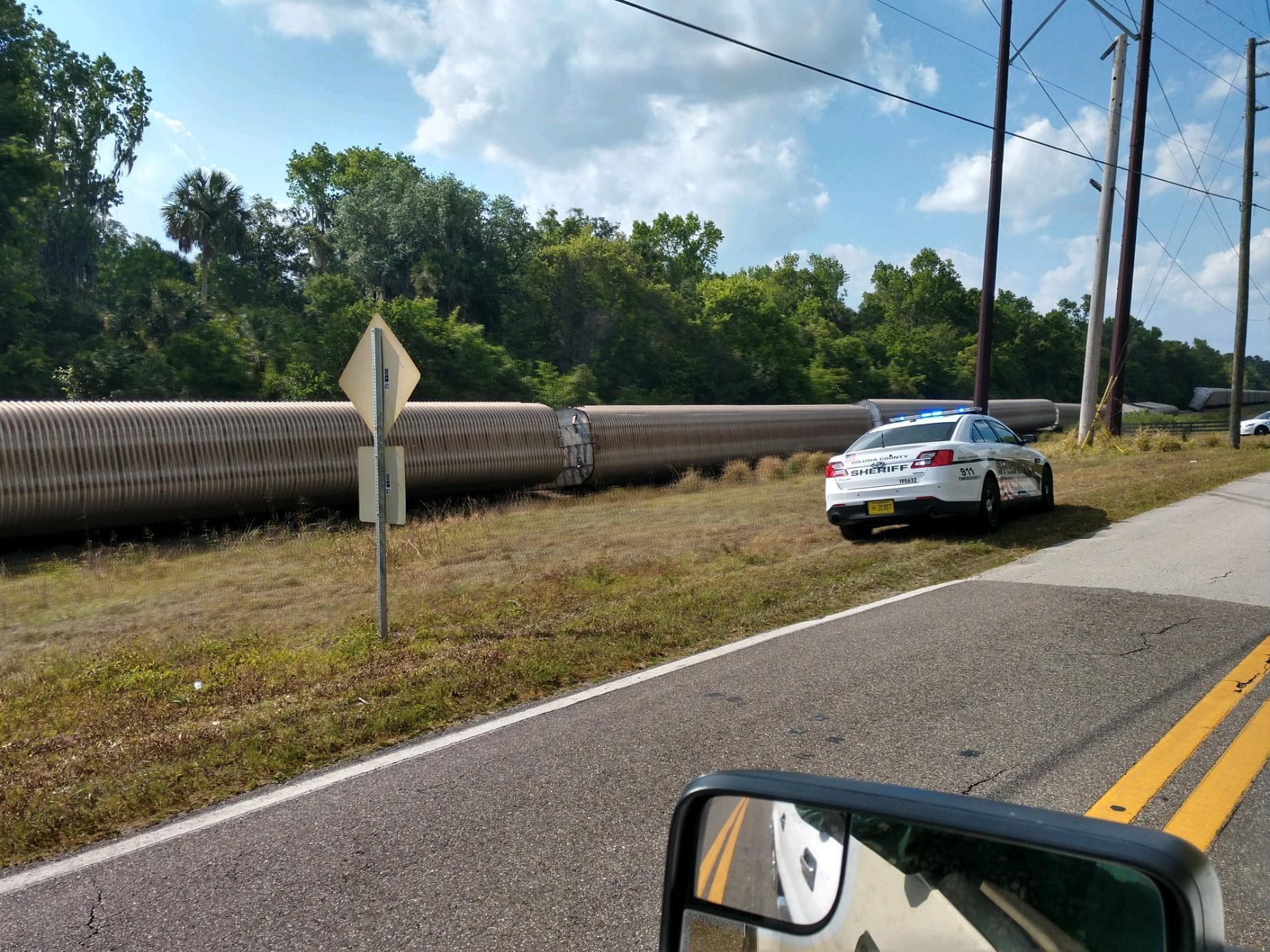 An Amtrak train carrying cars and 294 customers overturned on the tracks Thursday afternoon near Beresford Landing, west of DeLand.

“Service on the Amtrak Auto Train was temporarily suspended Thursday afternoon after 10 car carriers derailed shortly after it departed from Sanford, Florida,” said Amtrak spokeswoman Kimberly Woods. “No customers or crew members were in the carriers, and there are no reported injuries. At the time of the incident, 294 customers were on the train.”

Woods said the car carriers were removed, and the train resumed service at around 9 p.m. to its final destination in Lorton, Virginia, just outside Washington, D.C.

Woods said an investigation into the incident is underway.