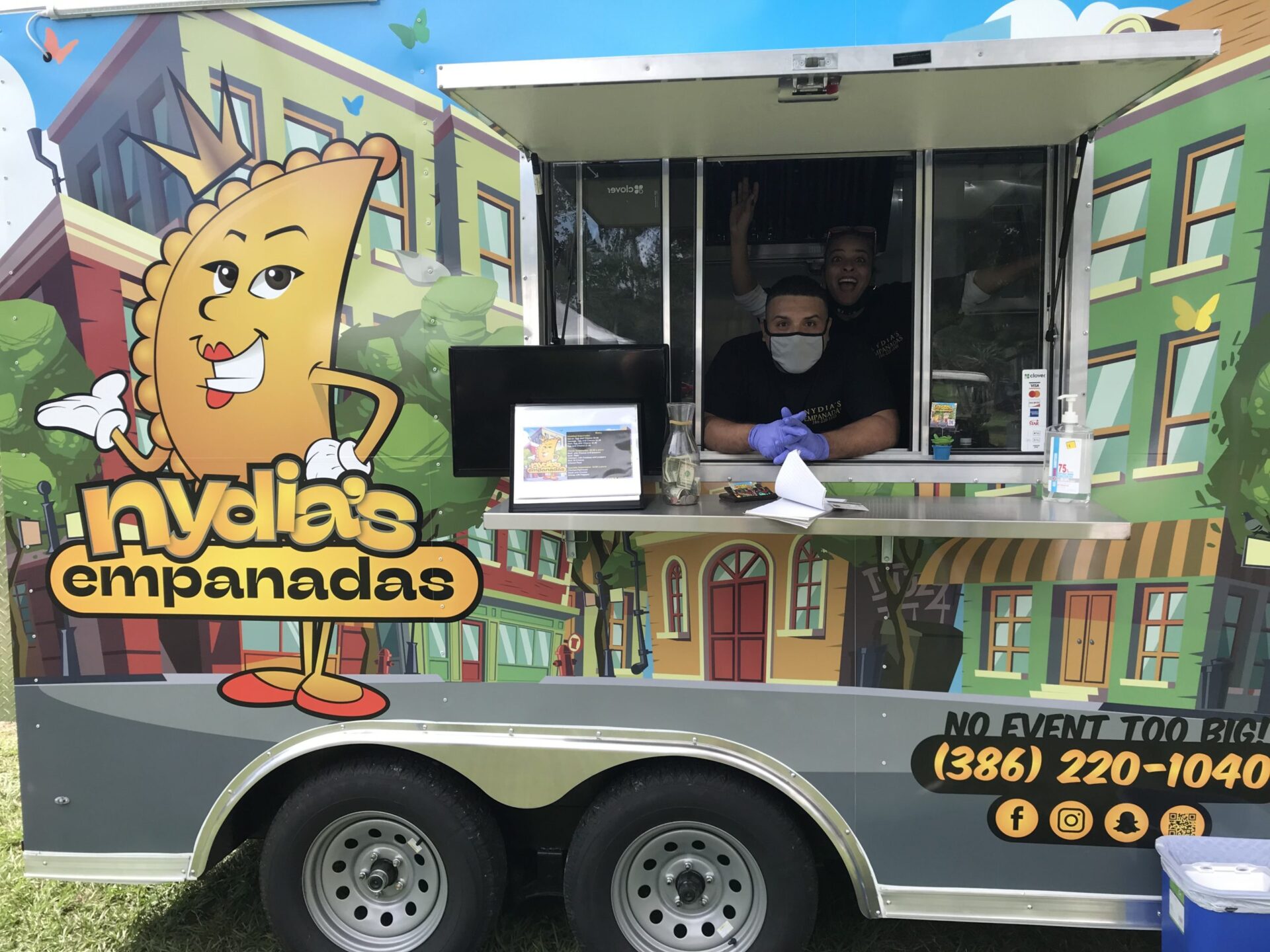 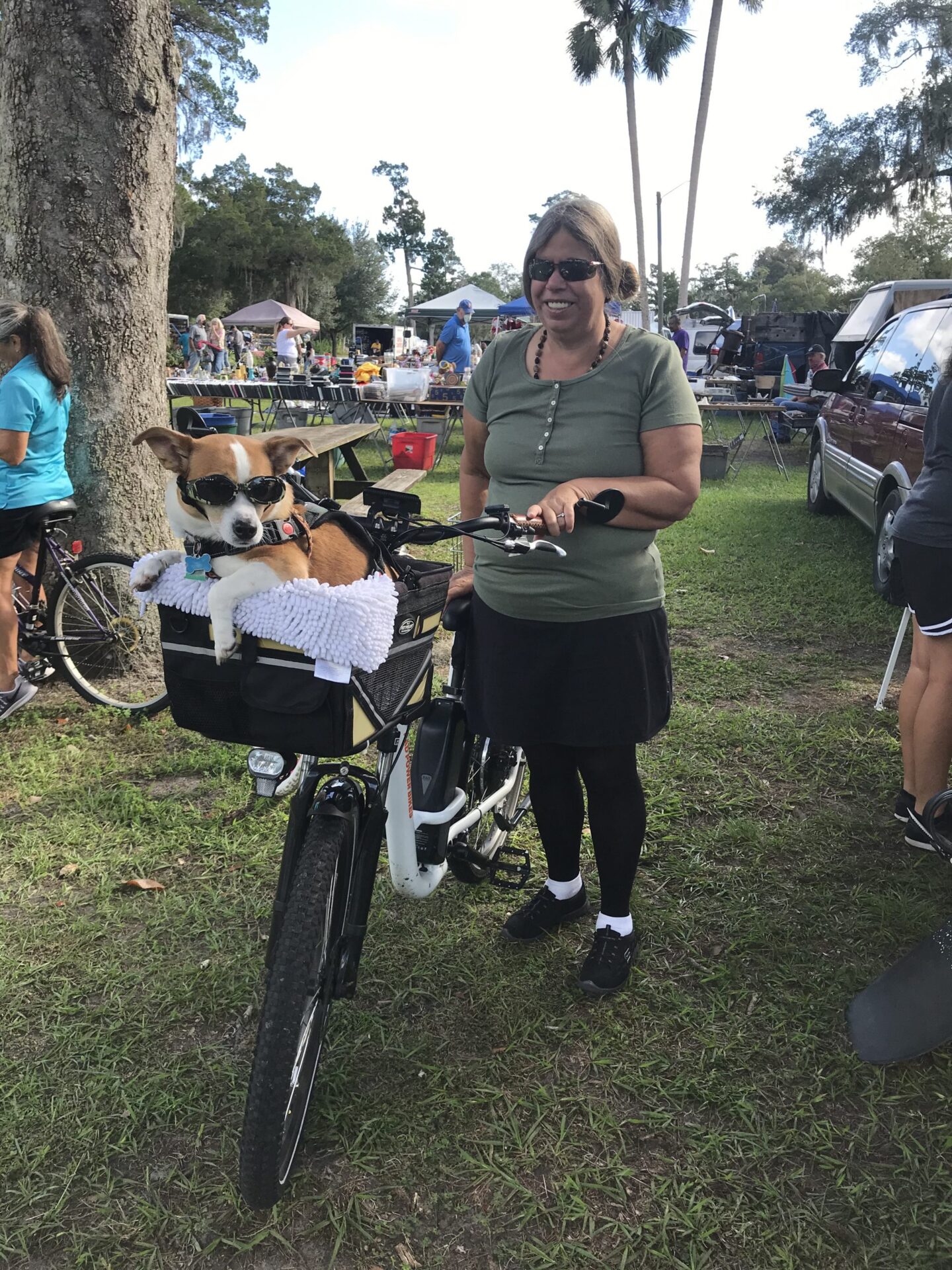 WHEN: 8 a.m.-1 p.m. every Saturday
WHERE: 493 S. Lakeview Drive, Lake Helen, 32744
WHAT: Empanadas, of course! But Market in the Park also has a diverse group of vendors. Jeans, handmade bat boxes, and other classic and unusual thrift wares were on offer during a recent visit, for example.

Patrons of Lake Helen’s Market in the Park were overjoyed by the recent return of a beloved neighborhood empanada business. Nydia’s Empanadas returned to the weekly event bigger and better than ever, with a brand new food truck full of hidden nods to the venture’s late namesake.

The family-run business is named for Nydia Velez, matriarch of the clan, who died last year. Nydia, originally from Puerto Rico, sold empanadas on a corner in the Roosevelt Garden neighborhood of the Bronx, New York City.

The family later moved to Deltona. Nydia’s daughter Maria Rodriguez was driving one weekend nearly 10 years ago and saw the Market in the Park, a weekly affair at Lake Helen’s Blake Park that has run for some 20 years.

Maria originally sold orchids at the market, but demand wasn’t high. That’s when the family looked back for inspiration in their own history, and Nydia’s Empanadas was born. For three years, Maria has sold empanadas at the market, first out of her car, and later, with the help of a trailer.

“Once COVID hit, I saw an opportunity to make a dream a reality,” Jorge said.

The pandemic, he said, gave the family time to stop and focus on their rolling restaurant. They decided to invest in a food truck.

The truck was designed by Jorge and his sister, Veronica, who help run the operation, with their mother.

“On this food truck, you can see that there are hidden secrets,” Jorge said.

The design includes a depiction of the Bronx corner where his grandmother began, and even a stylized plastic bag hanging out of a window, a nod to the bag his grandmother hung from the window to collect groceries from the bodega. Even the pigeon that used to fly into her house is there.

“The butterflies in the back are actually people that have passed away in our family,” Jorge said. “On this side, we have butterflies representing everybody in the family.”

The design is also a nod to Lake Helen, and the opportunity the market has given them.

“Since we started here, I wanted to do a smash of a small hometown introduced into New York,” Jorge said.