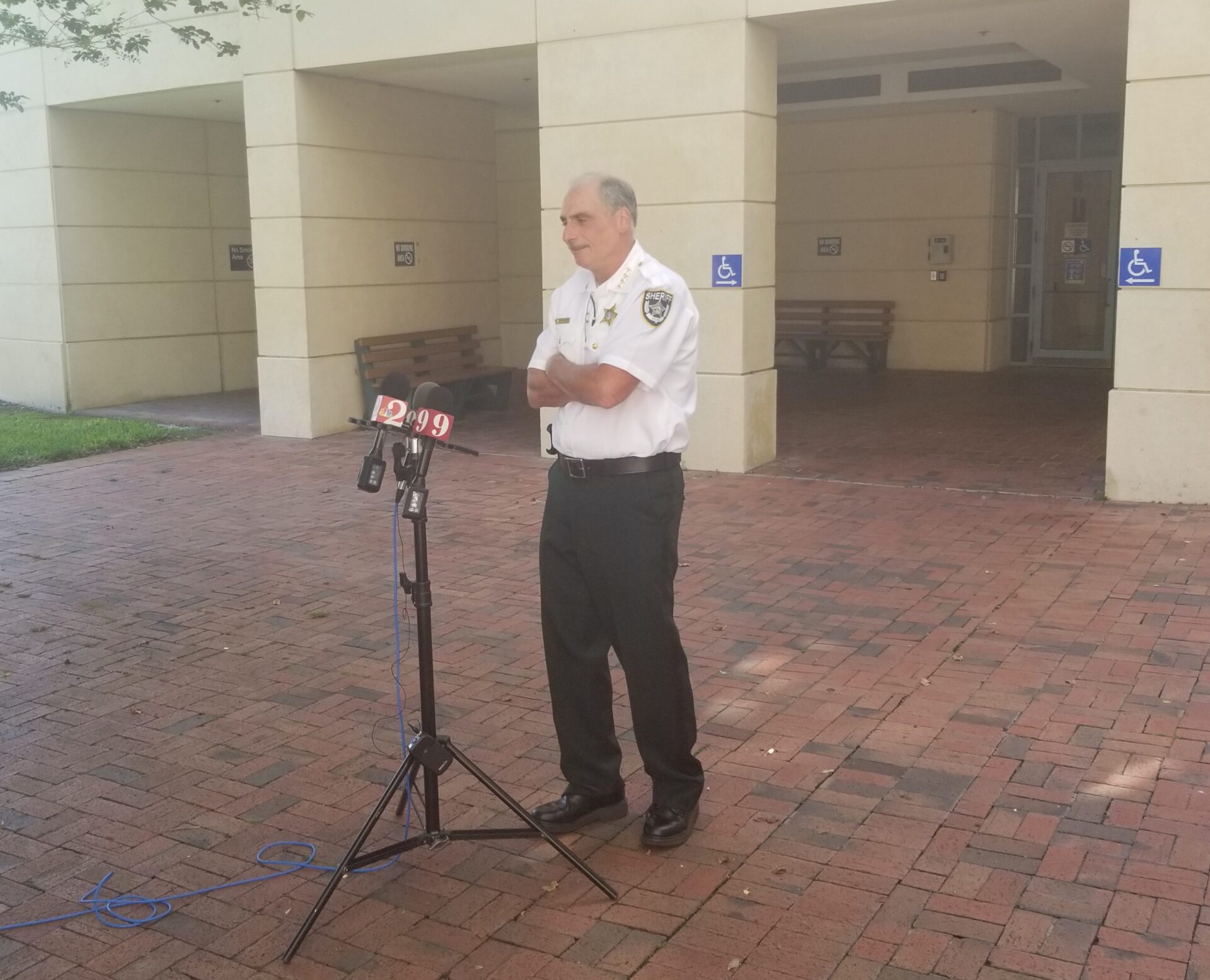 Update, June 25: According to the Volusia Sheriff’s Office, a grand jury indicted Brandon Paul McLean on a charge of first-degree murder in connection with the April 20 killing of his girlfriend, Orange City resident Amy Humphries.

After a two-month Volusia Sheriff’s Office investigation of Humphries’ killing, a case against McLean was presented before a grand jury June 24.

“Upon searching McLean, deputies found Humphries’ driver’s license, two of her bank cards, her lipstick, her keys and an edged weapon in his pocket. A Volusia detective noticed McLean had dried blood under his fingernails and recent scratch marks on his neck,” Gant said. “Detectives also searched Humphries’ vehicle and found blood evidence.”

Further investigation also showed that they were together prior to her killing, he added.

“Detectives also pulled cell phone records, which showed that Humphries’ and McLean’s phones traveled together to her final resting place along the bike trail, and then both phones traveled away from the scene,” Gant said.

McLean is being held in the Brevard County Jail on unrelated charges, per the Volusia Sheriff’s Office, and will remain there with no bond until his eventual extradition to Volusia County.

A suspect in the stabbing death of an Orange City woman is in the hospital, following a foot chase and shootout with deputies in Sanford today.

Earlier today, April 21, deputies identified a vehicle outside of a Sanford laundromat that had been leased by the victim, whose body was found on an Osteen bike trail last night, April 20.

The victim was identified as Amy Desiree Layne Humphries, 28.

According to Seminole County Sheriff Dennis Lemma, deputies approached the suspects outside of the laundromat. Lemma said one suspect laid on the ground, surrendering, while the other fled on foot.

Deputies, Lemma said, pursued the fleeing suspect on foot, and the suspect pulled out a firearm and aimed it at the deputies. Lemma said he was unsure whether the suspect fired at the deputies at that time, but two deputies opened fire on him. Six to 10 bullet casings were found on the ground afterward.

The suspect, identified as Brandon Paul McLean, 32, continued to flee, Lemma said, while firing an automatic rifle. Deputies continued to pursue McLean, firing at and striking him “at least five times,” according to Lemma. Deputies then rushed in to administer aid, Lemma said.

Lemma said McLean was taken to Central Florida Regional Hospital in Sanford and was in “stable condition,” but had been intubated.

The Seminole County Sheriff’s Office, Lemma said, believes McLean had a relationship of some kind with the 28-year-old Orange City woman who was stabbed. Her name has not yet been released by law enforcement in Volusia or Seminole counties.

Of the two suspects, Lemma said, McLean is the only one facing charges so far, as the investigation continues.

The second suspect, Lemma said, “is not facing any criminal charges that I’m aware of.”

On the ground next to where McLean lay after deputies shot him, Lemma said, was the Orange City victim’s driver license, a folded knife, a magazine of ammunition and a semiautomatic weapon.

No one other than McLean was injured in the Sanford shootout, Lemma said, but a number of homes were hit by stray bullets and there were “bullet casings everywhere.” Lemma said an investigation is ongoing to determine whose guns those bullets came from.

Deputies in Volusia and Seminole counties are continuing to investigate the death of the Orange City woman, and this story will be updated as information is made available.

Deputies in Volusia and Seminole counties are investigating a suspected homicide after the body of an Orange City woman was discovered on an Osteen bike path April 20.

“Last night at about 7 p.m. on the Osteen Trail, about 2 miles from the Osteen Convention Center on the 415, we received a call for a female who was laying in the center of the bike path,” Volusia County Sheriff Mike Chitwood said at an April 21 press conference.

“When deputies arrived there, there was a body of a white female. She had been stabbed and slashed multiple times; she was dead at the scene,” the sheriff said.

Chitwood said her death was caused by a number of deep stab wounds all over her body.

It is unclear whether the wounds were inflicted by someone who knew the victim.

Just four days ago, the victim leased a vehicle, a 2021 Volkswagen Jetta, which, according to Chitwood, was spotted a number of times around Volusia County, including near the crime scene around 9:30 a.m. April 21.

Chitwood said two suspects are in custody today after what he described as a “shootout” in Sanford that involved the leased vehicle and the Seminole County Sheriff’s Office. He would give no further details about the Sanford incident.

The Seminole County Sheriff’s Office reported on social media that “a shooting incident” occurred this afternoon near the intersection of U.S. Highway 17/92 and 22nd Street in Sanford.

This is a developing story, and more information will be provided as we receive it. The Seminole County Sheriff’s Office is expected to provide an update at 5 p.m.