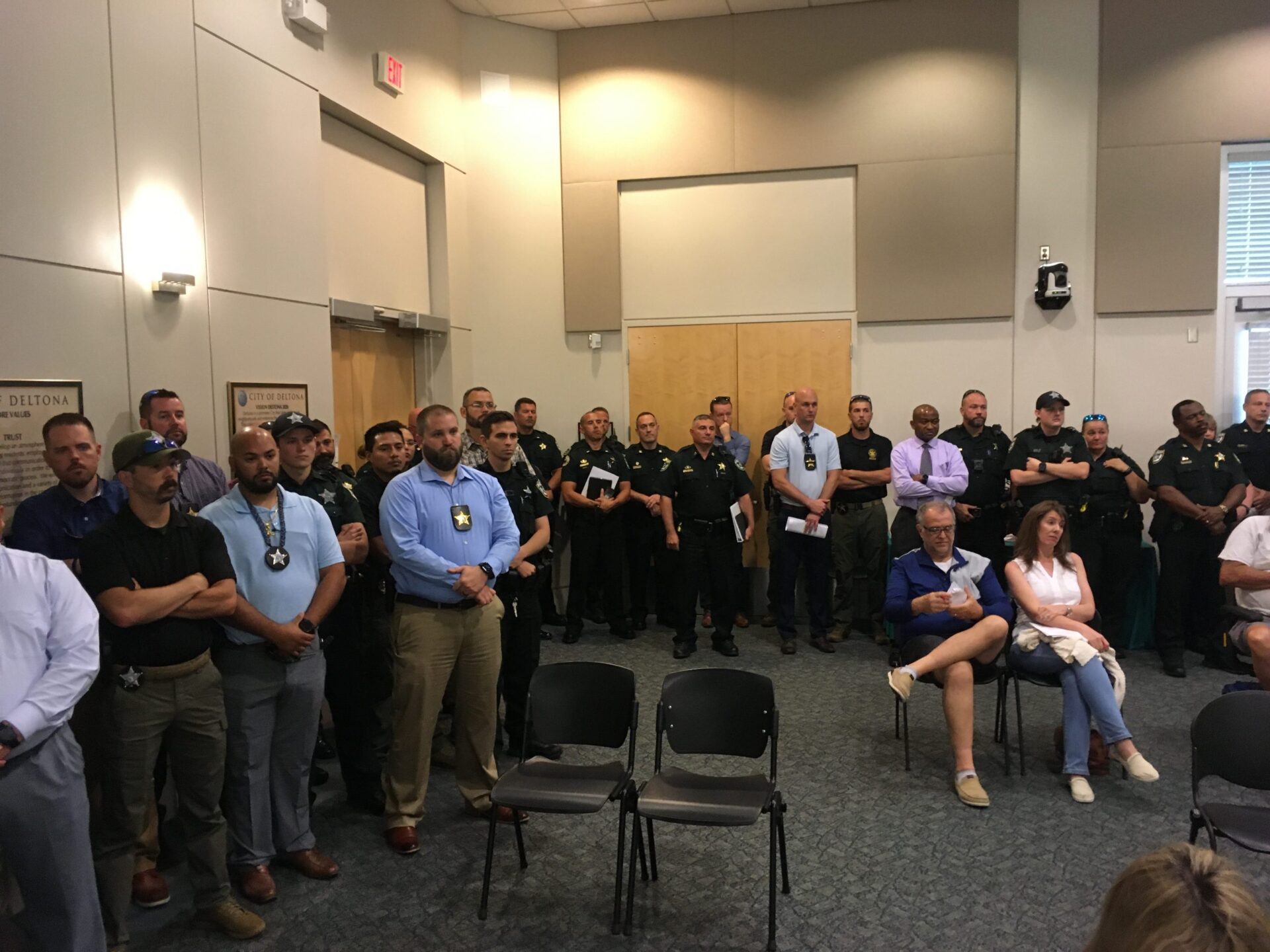 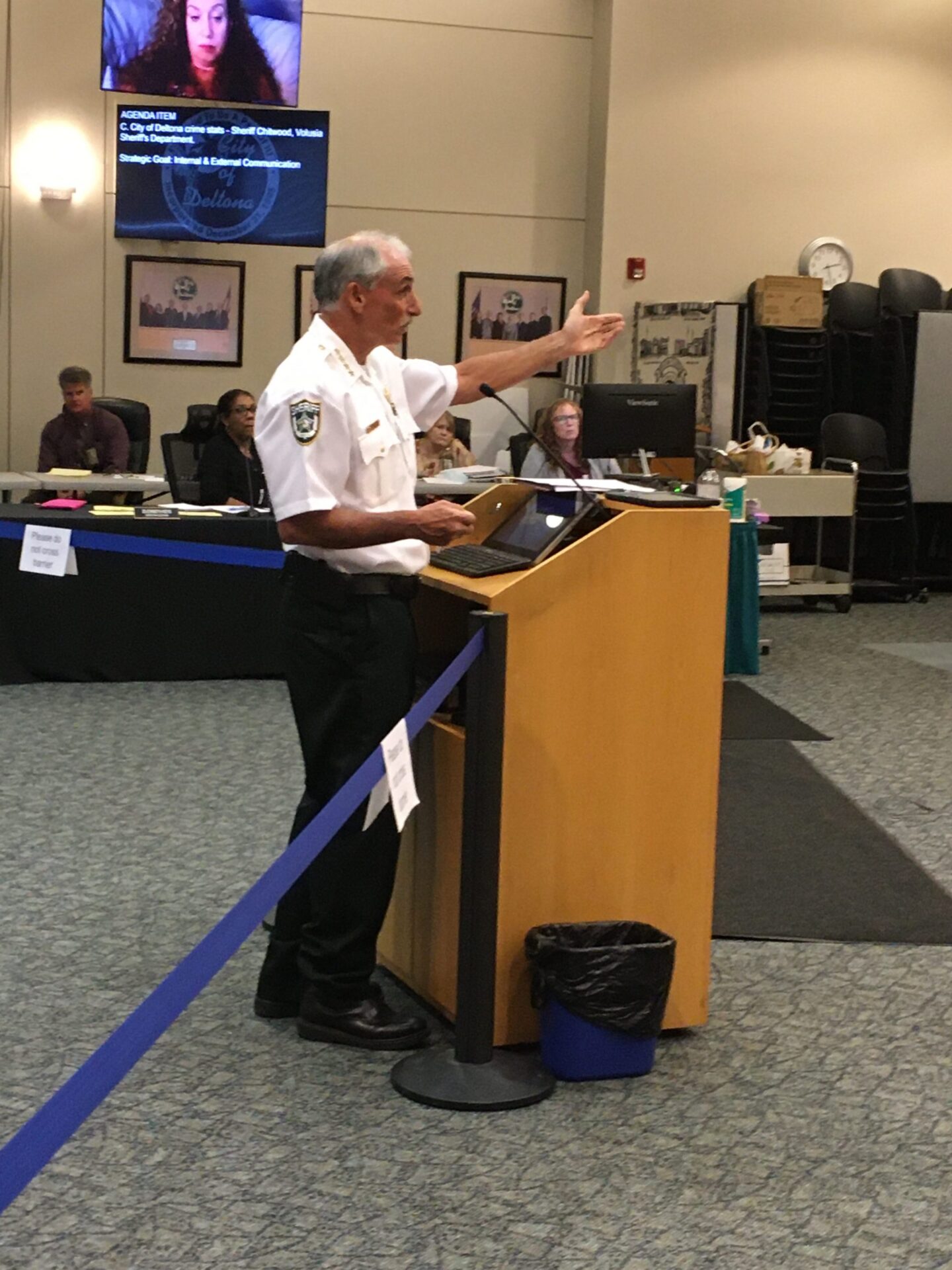 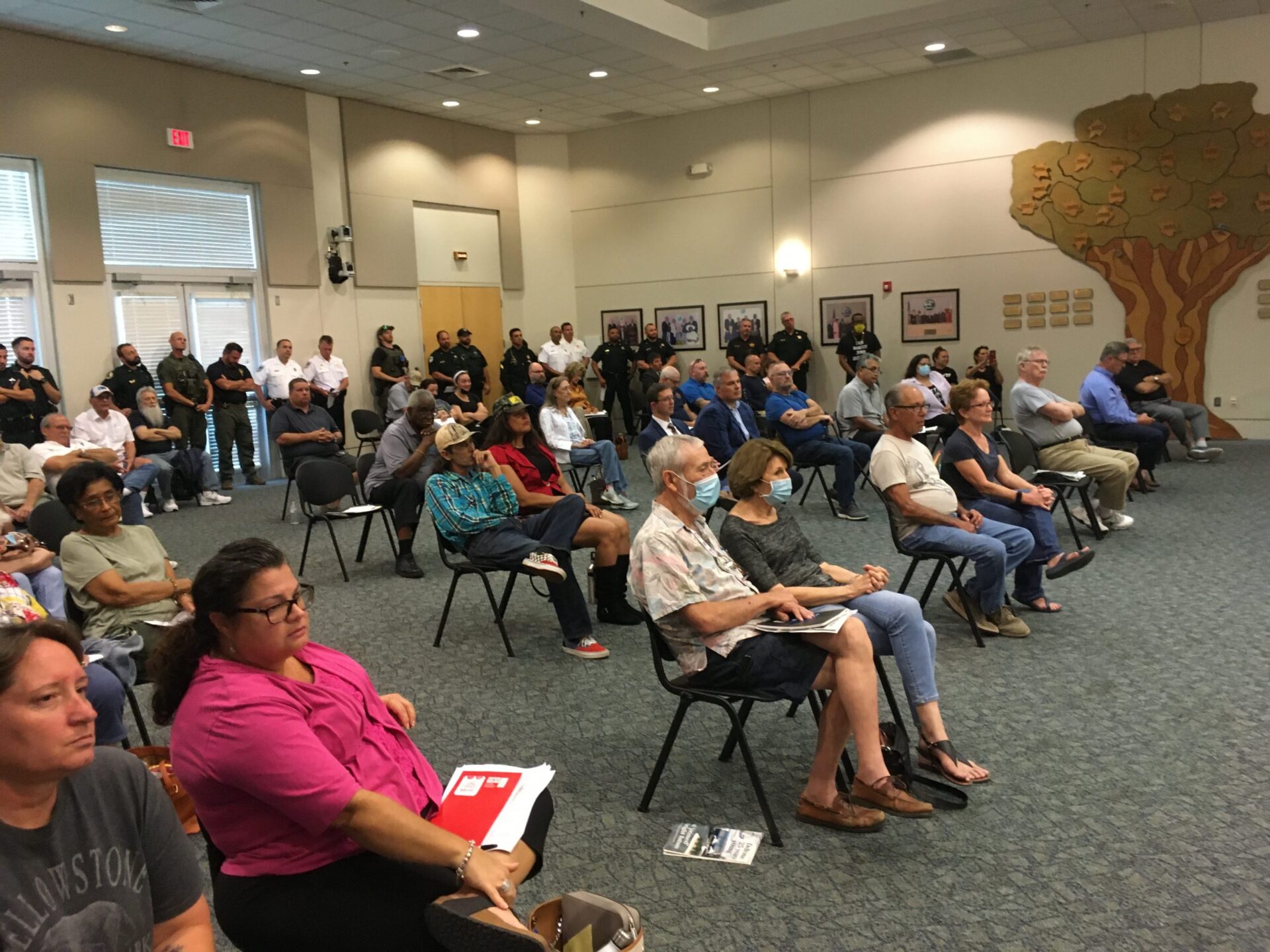 What pandemic? What virus? And what’s this notion of the City of Deltona possibly wanting to end its relationship with the Volusia County Sheriff’s Office?

Judging from the crowd that attended the June 7 meeting of the Deltona City Commission, things are back to normal.

The few scattered seats for the audience were all occupied, and there was no social distancing in the standing-room-only chamber. That was because scores of Volusia County sheriff’s deputies showed up and greatly outnumbered the usual spectators.

Since Deltona became a city at the end of 1995, the Sheriff’s Office has been the city’s law-enforcement agency.

Sheriff Mike Chitwood was on hand to deliver a routine report on crime statistics for Deltona, but that report was quickly overshadowed by the sheriff’s determined defense of his agency against real or perceived threats to its public image.

“In today’s age, it’s not easy to be a cop,” Chitwood told the City Commission.

Chitwood talked about an incident involving a disabled Deltona woman who told the City Commission a deputy on duty by the metal detector outside the meeting room had inappropriately touched her.

The sheriff had harsh words for those, he said, who had wrongly accused a longtime deputy of inappropriately touching a woman at the metal-detector portal.

“The lie was concocted,” the sheriff said, adding the deputy in question has a record of distinguished service, with multiple letters of commendation and awards.

The accusation spread, and some people, Chitwood added, wanted to “try, convict and execute” the officer.

That deputy was cleared of wrongdoing, Chitwood reminded everyone listening. Video of the incident showed the deputy had briefly tapped the woman’s leg, through her clothes, in the vicinity of her knee, to confirm the presence of a brace that had set off the metal detector.

“The video showed this was concocted,” the sheriff said.

Chitwood talked about the rumor mill at work, notably on social media, and reports that city officials want to replace the Sheriff’s Office with a Deltona police department.

City Commissioner Dana McCool denied she had ever called for Deltona to defund the VCSO.

“I have a job to do, and political theater is not one of them,” McCool said.

McCool voiced support for the VCSO to continue as Deltona’s law-enforcement agency, while offering thanks to the individual deputies for the work they do.

“If you ever have a problem with me … I would just ask that you talk it over with me,” she told Chitwood.

“My responsibility to everyone in this community is to make sure they get the best service,” Chitwood said, as he next turned to City Commissioner David Sosa. “The information we’re getting is that we need to go.”

Sosa denied he had called for ending law enforcement in Deltona.

“What about defund the Sheriff’s Office? And get us out of Deltona?” Chitwood demanded.

After more verbal volleying, Sosa told Chitwood, “Just for the record, I have stated Deltona needs its own police department.”

“To all the deputies out there, I seriously appreciate your efforts,” Sosa said to the scores of officers on hand.

“I have worked with your deputies. They are awesome,” Vice Mayor Anita Bradford, attending the meeting via Zoom, told Chitwood. “We’re going to get through this.”

“The metal detectors is your job,” Chitwood told King and the other members of the City Commission.

Later that evening, the commission decided to retain the metal detector as an extra security measure — just in case someone tries to get into a meeting and hurt others.

As for the show of force at City Hall, VCSO spokesman Andrew Gant said Chitwood did not command the presence of so many deputies.

“Deputies were not ordered to attend the meeting but they were certainly invited to join,” Gant wrote in reply to a query from The Beacon.