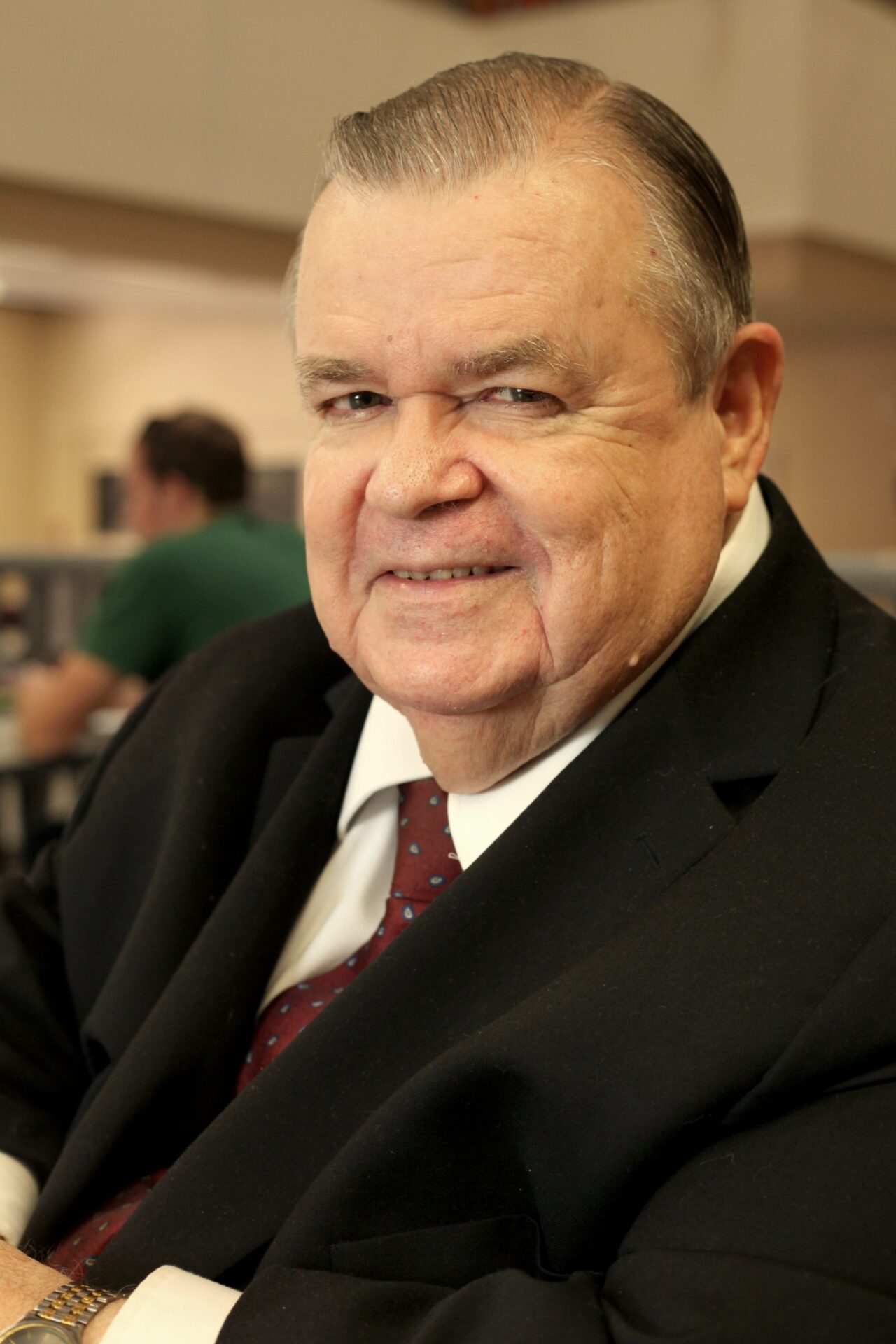 Few people impacted as many lives at Stetson University than T. Wayne Bailey, professor and “champion for generations of Stetson students.” On the morning of June 29, 2021, Bailey, who retired in 2016 after 53 years of service to the university, passed away.

Upon his retirement from Stetson in 2016, longtime colleague Professor Gene Huskey, PhD, spoke of Wayne’s commitment to students: “More than a few students have said that Wayne believed in them when they didn’t believe in themselves. He wasn’t just their teacher or advisor, or even their mentor; he was their champion. For me that is the essence of Wayne Bailey: a champion for generations of Stetson students.”

That same year, then-U.S. Sen. Bill Nelson said the proof of Bailey’s impact can be found in the words of his students. “One said, a Florida original. Another said, a champion for generations of students. Another said, Wayne believed in them when they didn’t believe in themselves,” Nelson said.

In 2016, Bailey was named Emeritus Professor at Stetson.

Bailey cofounded Stetson’s Model Senate, directed the Washington Semester at American University program and served on Stetson’s Pre-Law Advisory Committee. He held leadership positions in the Florida Democratic Party and was a delegate to the Democratic National Convention, attending 10 national conventions between 1972-2012.

An active member of the American Lung Association for more than 35 years, in 2004, Bailey was the first person in the United States to receive the Discovery Health Channel Medical Honor. He also served on the Florida Hospital DeLand Foundation board of directors.

Mostly, Bailey inspired others, some to extraordinary heights.

“Dr. T. Wayne Bailey had a tremendous influence on me as a young man from Georgia who was a student at Stetson and who later became administrator of the U.S. Veterans Administration and a U.S. Senator from Georgia,” said Max Cleland ’64. A decorated Vietnam veteran, Cleland now has a collection of personal, military and political memorabilia on display, along with the distinguished collections of other Stetson alumni, in T. Wayne Bailey Politicos Room of the duPont-Ball Library.

In November 2016, a dinner in Bailey’s honor attracted a crowd of politicians, former politicians, educators and others to the Stetson Room of the Carlton Union Building. “This may be the largest crowd of dignitaries I have ever seen in this room,” said then-Stetson University President Wendy B. Libby, PhD, “although I know that there have been many crowds like this before, none quite as august as this in honor of T. Wayne Bailey.”

DeLand Mayor Bob Apgar read a proclamation from the city, marking Dr. T. Wayne Bailey Student Retention Scholarship Day, and giving him a key to the city for “all the hearts and minds” that he opened over the years.

Then-U.S. Rep. John Mica presented him with a Tribute to T. Wayne Bailey, which Mica entered into the official record of the U.S. House of Representatives. Mica also presented him with a flag that flew over the U.S. Capitol. “This gentleman, this outstanding educator, impacted the lives of those who have served and serve our nation at the local level, the state level and the national level,” Mica told the crowd of more than 200 people.

Below is the announcement made by Stetson Provost Noel Painter. A more thorough announcement will be sent by the university when we have information about any planned services to come.

Dear Faculty, Staff, and Board Members,

It is with profound respect for the many lives that were affected by Dr. T. Wayne Bailey that I write to announce his passing this morning, June 29, 2021.

There are few people I know who receive the regard given to Emeritus Professor Bailey.  The impact of his 53-year service at Stetson has produced ripples across the country, with Stetson students pursuing meaningful careers in the fields of law and public service due to his mentorship, teaching, and sage advice.  Upon his retirement from Stetson in 2016, long-time colleague Professor Gene Huskey spoke of Wayne’s commitment to students: “He wasn’t just their teacher or advisor, or even their mentor; he was their champion. For me that is the essence of Wayne Bailey: a champion for generations of Stetson students.”

For those who knew Wayne, and to show respect for a faculty member whose commitment to his work played out as meaningfully as it did for Dr. Bailey, I encourage you to reflect on the accomplishments, accolades, and initiatives mentioned in the announcement of his retirement in 2016.  A more thorough announcement will be sent by the university when we have information about any planned services to come.