A locally built World War II tugboat has spent the past 77 years in Europe. Now, with a little bit of luck — and a fair bit of money — ST 479, also known as Tiger, may finally make it home.
“We’re never going to get another chance like this,” Dan Friend told The Beacon.
Friend is the founder and president of the DeLand Historic Trust. More importantly, Friend is a history buff, and by digging around, Friend was tipped off to the boat’s existence.
Years back, Friend realized six of the 29 tugboats built on Lake Beresford in the 1940s to aid in the war effort still existed. Most are in disrepair, some have disappeared, but one, Tiger, is in excellent condition.
The hitch?
Well, it’s in Stockholm, Sweden.
Built in the early 1940s in the community of Beresford, the tugboat is believed to have taken part in the 1944 Invasion of Normandy.
Tiger’s owners are looking to donate the boat, and Friend is looking to round up $300,000 to bring the boat home and turn it into a WWII memorial.
“The idea of bringing back the best-condition, last surviving tugboat from the 29 all-steel tugboats built on Lake Beresford should be an incredibly important thing to consider,” Friend told The Beacon.
And it’s now or never, he added.
The current owners of the tug are losing their berth in Stockholm in roughly four months. In that time, Friend has to pull together enough money to transport the ship across the Atlantic Ocean on the back of a transport liner and then transport it from Jacksonville to West Volusia.
The entire operation will cost the DeLand Historic Trust some $300,000
There are still some unknowns. Where exactly the boat will be docked locally, for one. Friend envisions Tiger at Ed Stone Park, in Volusia County, right along the St. Johns.
The tugboat should not require much repair, Friend said, but the DeLand Historic Trust intends to restore the exterior paint to the same gray it appeared when it sailed along the beaches of Normandy, complete with a replica machine gun on top. In the long term, Friend said, maintenance will be minimal.
Once docked, he envisions the boat as a riverside museum honoring local WWII veterans, complete with a wall in front of the docked boat, honoring all the West Volusians lost in WWII.
Another unknown is the funding. If Friend can raise the $300,000 necessary to bring the ship home by Oct. 15, Tiger will come here. By Oct. 15, if the Historic Trust does not believe it will have the funds to bring Tiger home, all donations of more than $100 will be returned to donors.
If the Historic Trust raises more than $200,000, Friend said, Tiger’s retrieval will be full steam ahead, as he hopes the group will receive Volusia ECHO grant money to assist in the cause.
Donations to help return the tugboat can be mailed to the DeLand Historic Trust Inc. — Special Fund, 2232 Holly Lane, DeLand, FL 32724. 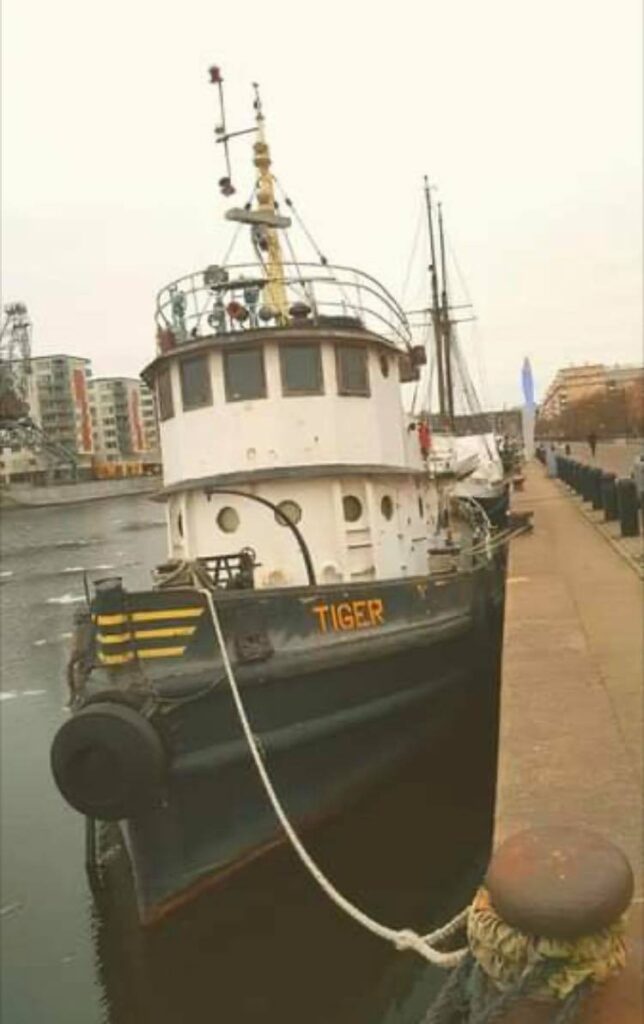