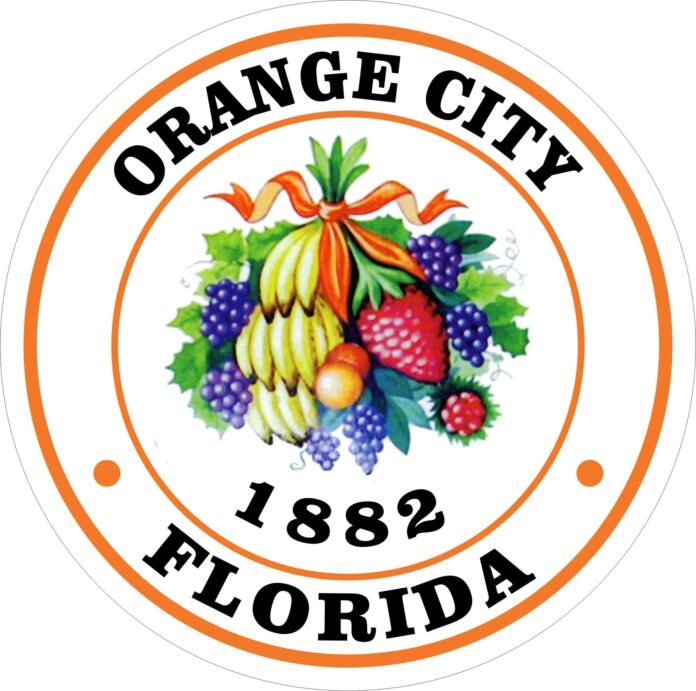 As they prepare for Orange City’s next fiscal year, the City Council is working with a property-tax rate higher than the old rate and higher than what the administration recommended.
City Manager Dale Arrington had submitted a 2021-22 general-fund budget totaling almost $15.37 million, based on an ad valorem rate of 7.79 mills. During its preliminary budget deliberations, the council instead set a tentative tax rate of 8 mills — a figure that, if adopted during final action in September, would be 5.54 percent higher than the rollback number, 7.5783 mills.
For the record, Arrington’s proposed levy is 2.76 percent higher than the rollback.
At the preliminary stage of reviewing the proposed budget, city officials were wary about locking in a number that may prove too uncomfortable for them to work with, because of uncertainties in some insurance premiums.
“We don’t have our final numbers on workmen’s compensation and property liability,” Orange City Finance Director Christine Davis said.
Once the governing body sets a preliminary or tentative tax rate during July, it may not raise that number during subsequent budget discussions. The preliminary rate, which is a worst-case scenario of what taxpayers may see on their actual tax bills, will appear on the TRIM notices to be mailed Aug. 20. TRIM is a Florida acronym for “Truth in Millage.”
Once a local elected body or taxing authority approves a preliminary number, the panel may reduce the number, but it may not increase it without sending out special notices to each and every property owner within its jurisdiction. Such notices, which must explain the reason for the increase, are rare because they may bring a political backlash.
“The practice is to set it [higher] at TRIM, and they typically lower it at the budget hearings in September,” Davis said.
As for other charges Orange City property owners face in the next fiscal year, the annual stormwater assessment for a typical home will rise from $70.55 to 73.35. The fee for residential trash and garbage collection will remain unchanged at $167.52.
Orange City also has two streetlighting districts. Each of the owners of lots in Phase 2 of Shadow Ridge pays $135 per year, while each of the owners of lots In Briarwood South pays $52 annually.
Orange City will enter the 2021-22 accounting period with a fund balance of $10.1 million. The term “fund balance” means a saving account or cash reserve to cover emergencies. Davis said $7 million of the cash reserve is dedicated to hurricane-related expenses, especially the cost of cleaning up storm debris.