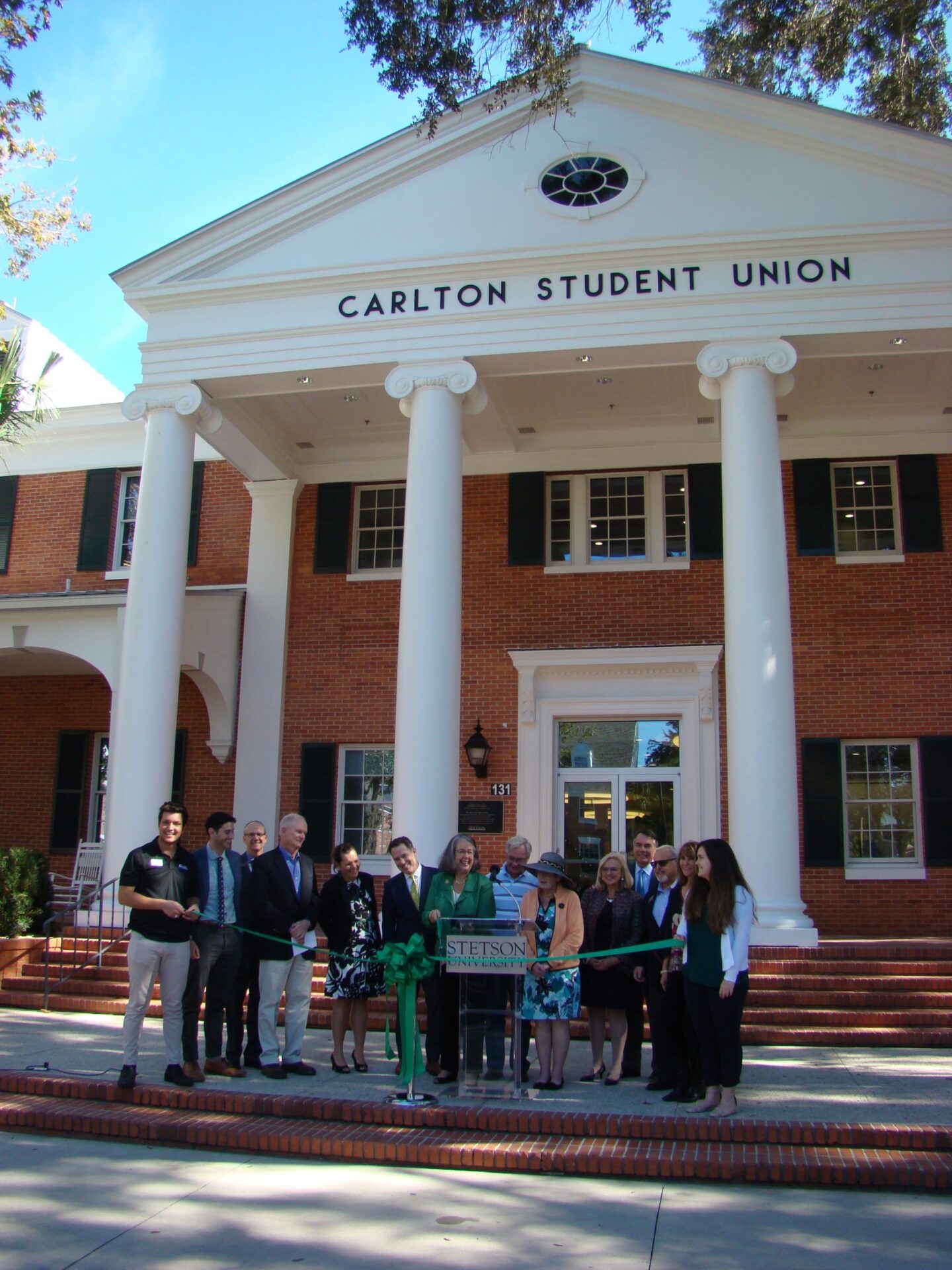 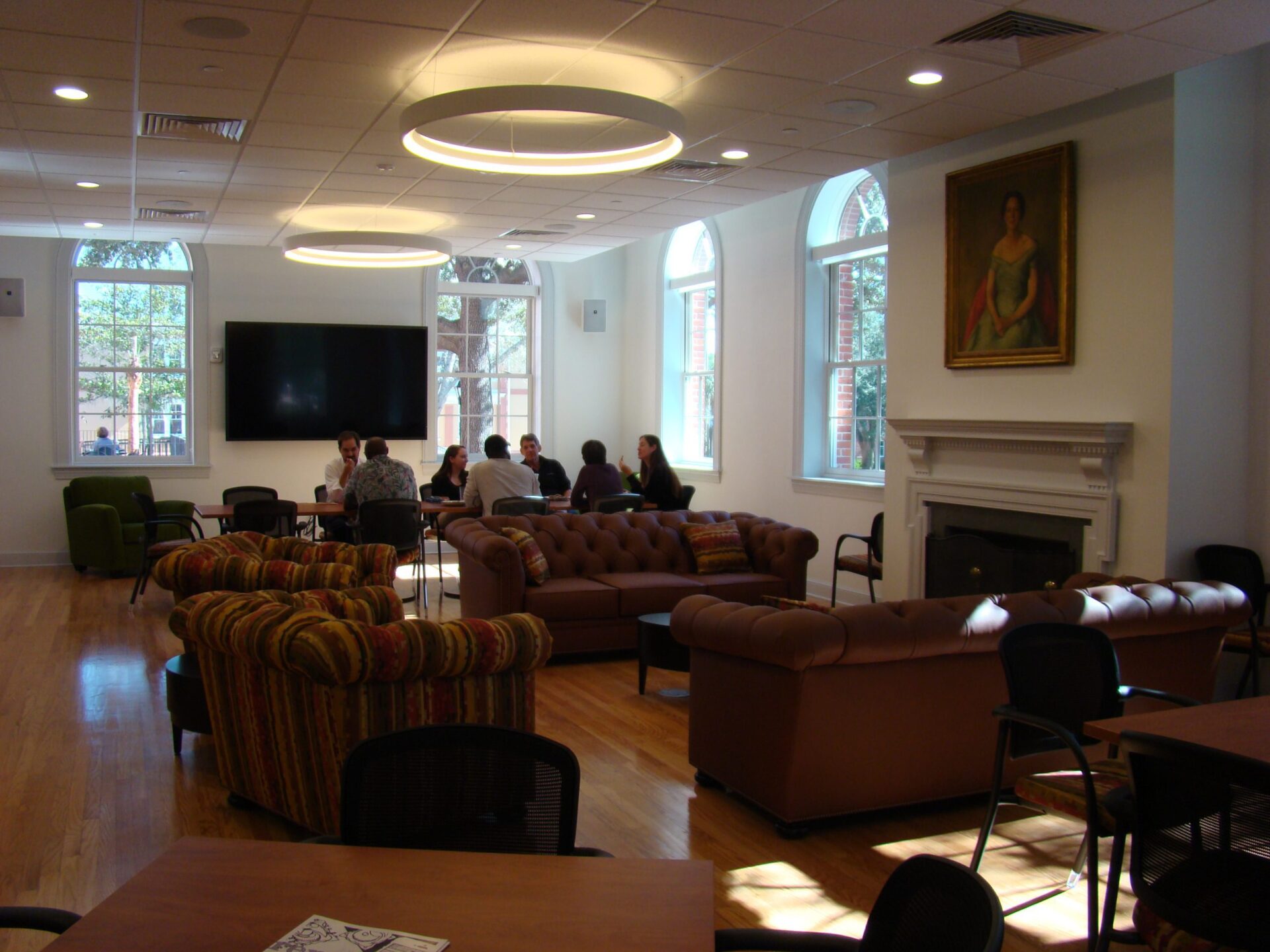 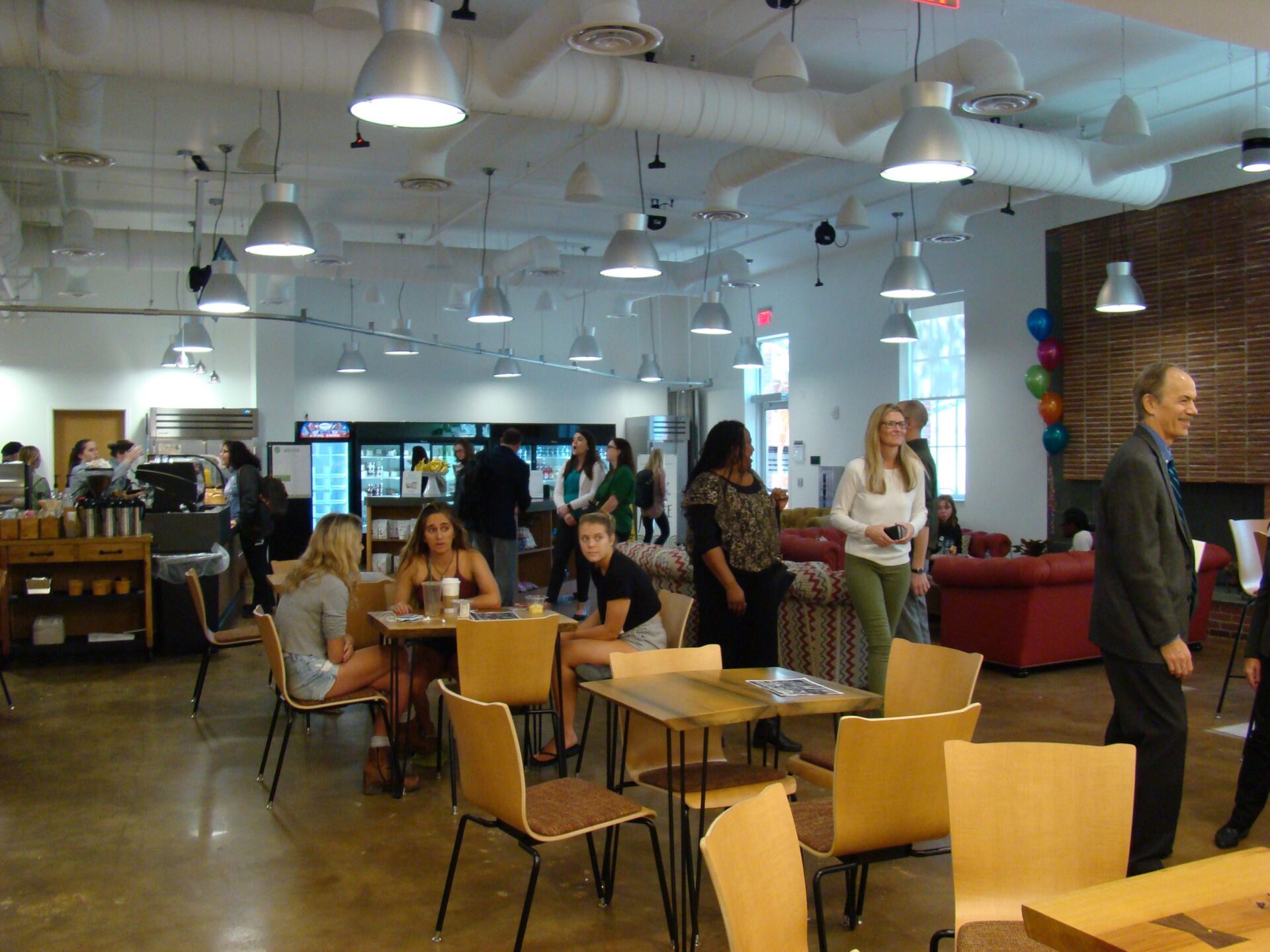 With about 150 alumni, political officials and other dignitaries in attendance Jan. 18, Stetson University President Dr. Wendy B. Libby cut a Hatter-green ribbon to officially open a renovated and expanded Carlton Union Building, affectionately known on campus as the CUB.

The two-story building, now nearly 85,000 square feet, was originally built in 1957 and serves as a living room for students, faculty and staff, Libby told the crowd.

The CUB’s ground floor has a large dining hall with a kitchen and 38-foot ceilings, a separate Barnie’s Coffee & Tea shop, an outdoor patio and a lounge for faculty and staff.

A fountain and additional seating will be added outside the dining hall later this year.

On the second floor are student gathering spaces, a student lounge, meeting rooms and offices (including a suite of offices for the Student Government Association), along with studios for the university’s online radio station, WHAT.

Also upstairs are Lee’s Garage and the Stetson Room, spaces that are available for public gatherings, such as banquets and special meetings.

The $31.6 million expansion added about 48 percent more space to the original 57,000 square feet. The hiring of an architect in 2014 kicked off the expansion and renovation.

Bob Lipscomb, the chief executive of Williams Co., which handled the renovations, said the building “truly is the center of the universe for the students here.”

“The beautiful building you see here has very strong bones, and that’s about all that’s left of this 60-year-old building,” Lipscomb said. “We completely gutted the building, built new, and added about 40,000 square feet.”

On the roof are 231 solar panels to convert sunlight into electricity for immediate use. They’ll comprise the university’s first electricity-producing solar system, although solar panels were installed on the Hollis Center in 2010 to transform sunlight to heat to heat the water in the swimming pools, according to Stetson spokeswoman Janie Graziani.

The CUB is named for Stetson alumnus and former Florida Gov.(1929-33) Doyle E. Carlton Sr. After his graduation in 1909, Carlton served Stetson as chairman of the board of trustees, overseer of the College of Law, and benefactor.