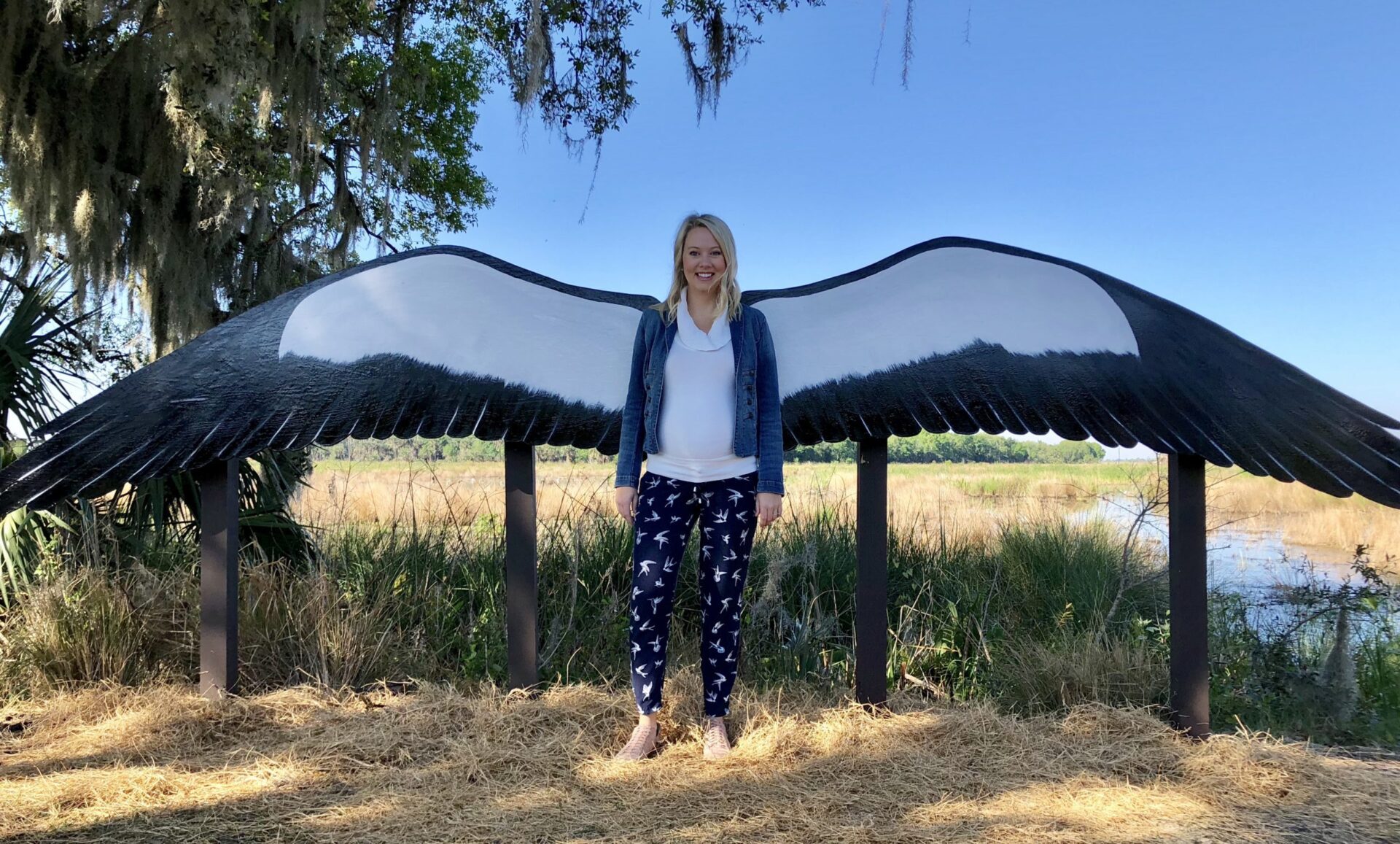 Since the debut of the original Wings in Downtown DeLand and the subsequent sets located throughout West Volusia, thousands have flocked to see the popular Wings of the West displays. A sixth pair now has taken flight, as West Volusia Artist-in-Residence Erica Group unveiled her latest — and final — installment of the wings series March 23 in DeLeon Springs.

The newest artwork, Swallow-Tailed Kite Wings, has nested at Lake Woodruff National Wildlife Refuge, at the Live Oak Parking Lot (lower parking lot at the end of Mud Lake Road). The new wings are located under the trees to the right.

The Wings of the West collection is a project of the West Volusia Tourism Advertising Authority and Group, who was commissioned with creating wings in various West Volusia locations. They have been an unquestioned success, drawing big crowds who enjoy seeing — and posing with — the various wings.

“We’re looking forward to seeing people’s reactions to the final installment of Erica’s wonderful, beautiful wings. They have sparked a great deal of enthusiasm, not only from residents but also from visitors to our area,” Georgia Turner, executive director of the WVTAA, said leading up to the unveiling. “Everyone who visits the area and discovers the wings opts to take photos of and with them — then shows them off to their friends. It’s a fantastic way to promote West Volusia.”

Swallow-Tailed Kite Wings is the ideal selection for Lake Woodruff National Wildlife Refuge. The area is a birder’s paradise, where more than 230 bird species and a variety of native wildlife can be observed in their natural habitat. The swallow-tailed kite is a beautiful bird of prey with a sharp contrast of bright-white head and underparts offset by gleaming black wings, back and tail. The bird is known for extraordinary aerial grace.

Commemorative shirts with all six of the wings were on sale at the dedication and can still be bought at Group’s vendor space at the SoNY Market, 100 S. Woodland Blvd. in Downtown DeLand.

For more information, go to http://visitwestvolusia.com/.