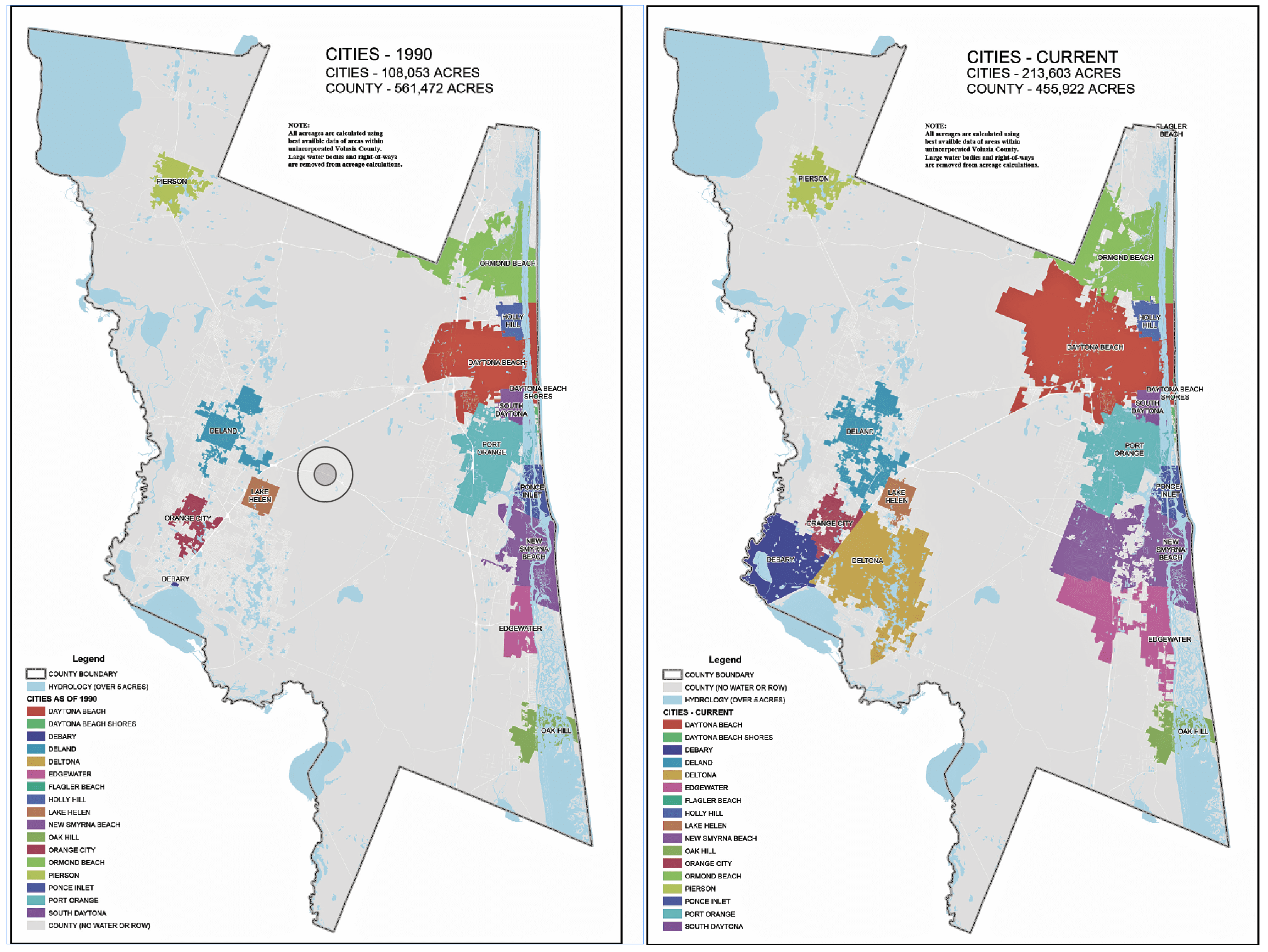 More than a third of a century after the Florida Legislature enacted a landmark law to ensure all the infrastructure necessary for new development would be in place when the growth happened, Volusia County is ready to fine-tune its development regulations.

At their June 4 meeting, which featured an update on growth management from a senior county official, County Council members signaled a desire to recommit to “smart growth.”

Over the years since its adoption, the state’s 1985 growth-management law has been amended, revised and altered “numerous times,” Volusia County Growth and Resource Management Director Clay Ervin said.

Planners, lawmakers and developers have all influenced the changes.

“It was a top-down bureaucratic process,” Ervin said during the County Council’s June 4 meeting.

The original bill, titled the Local Government Comprehensive Planning and Land Development Regulation Act, was supposed to rein in rampant development that would strain local road networks, public safety, education, and the environment.

The state law required, among other things, Florida counties and cities to produce master plans for controlling and guiding what would be built where.

Those plans, known as comprehensive plans or growth-management plans, became legal frameworks for such matters as land uses and concurrency — providing infrastructure concurrent with the development that would need it.

The state law also required developers and their customers to pay for the extra burden their new homes, businesses, industries and other improvements put on roads, schools and emergency services.

Moreover, the law required the local growth-management plans to be approved by a new state agency, known as the Florida Department of Community Affairs.

In addition, future changes in the original comprehensive plans had to be reviewed and approved by the DCA.

Within the past decade, the Florida Legislature has reduced the state’s role in reviewing local growth-management decisions.

However, newer requirements pertaining to developers’ obligations to pay more for infrastructure needs resulting from their projects — known as proportionate share — have become standard.

What is smart growth?

“It is balancing social, environmental and economic needs for sustained development,” Ervin said. “Making sure that our plans are in place to protect our natural resources, that we have a mix of residential, commercial, industrial, conservation and recreation to ensure a viable future.”

Council Member Ben Johnson commented on what smart growth is not.

“A lot of people look at it as no growth. That’s not an option,” Johnson said.

The topic may come up again during a workshop planned Tuesday, June 18, when County Council members are invited to air their concerns.