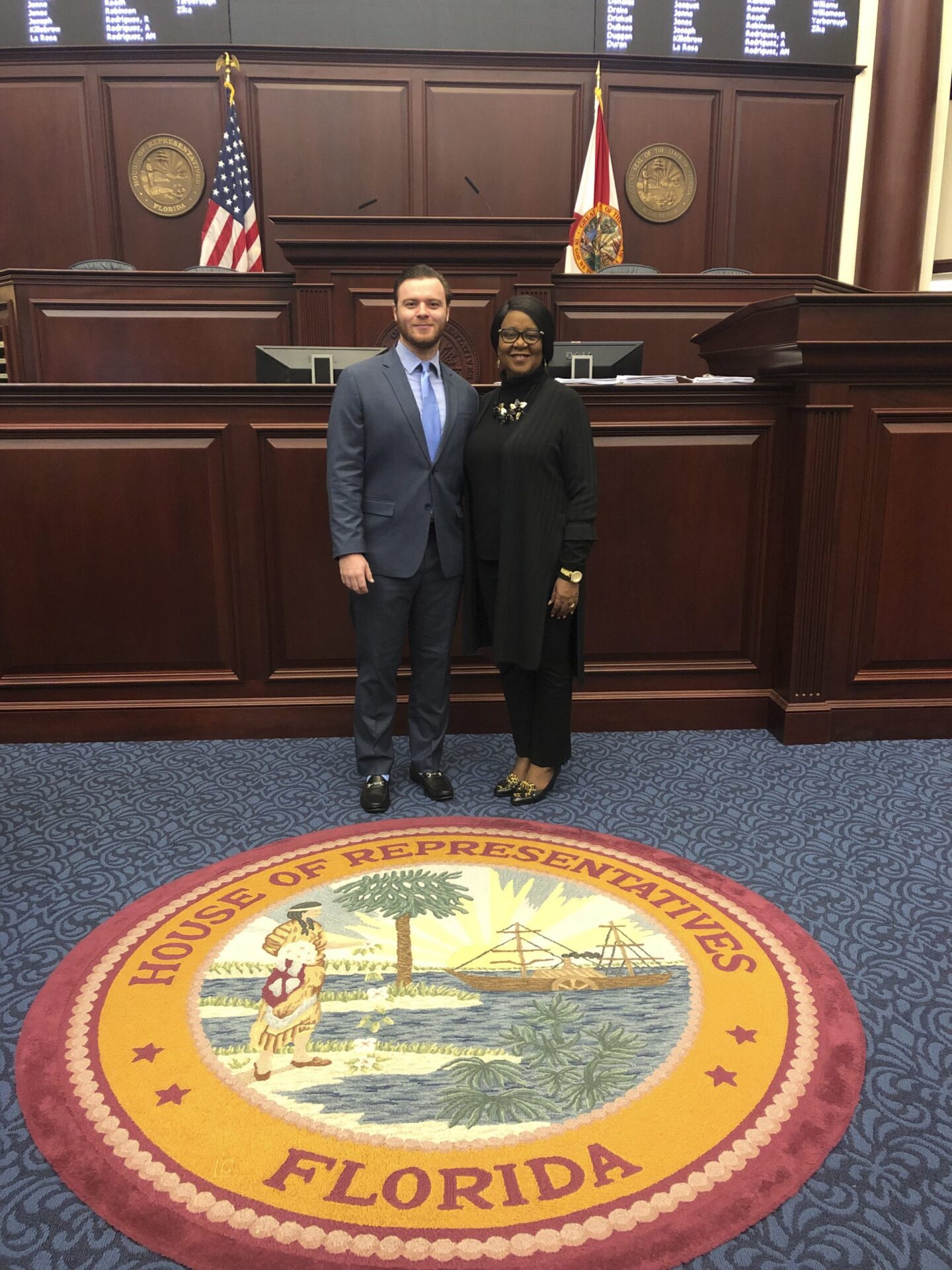 DeLand High School graduate Logan Taaffe has used lessons learned and his experience to pursue his goals — not only traveling to many parts of the world, but embracing all that our nation has to offer.

On Aug. 3, Taaffe — an Eagle Scout with Troop 550 — crossed the stage at Florida State University with a bachelor’s degree in international affairs and a minor in political science.

“I always wanted to go to college; the details of how, where and when were the challenge of figuring out. I thought of college as the vehicle to get me from point A to point B,” Taaffe said.

Along the way, he became actively involved in the Student Business Club, the Global Friends Club and other organizations at the college.

Taaffe began building lasting relationships with others who shared his interests in providing service to his community. Community work and service became a part of him, furthering his reach with local organizations.

Throughout his time as a DeLand resident, Taaffe found his extracurricular home with the Boy Scouts of America.

“My grandfather was a huge advocate of Boy Scouts. In fact, he was my Cub Scout leader up until I transitioned into Boy Scouts. He, along with my family, instilled in me the same values that the Boy Scouts represented. As an Eagle Scout, I have learned many life lessons that have stuck with me to this day,” Taaffe said.

He has no hesitation when it comes to trying new things. Taaffe began studying political science and international affairs at Florida State University, with French as his foreign language.

He began contemplating the idea of law school, so he began working with one of Tallahassee’s largest law firms, Hopping Green & Sams.

Being intrigued by politics, Taaffe applied for and received an internship with a media group that covered politics at the Florida Capitol and later became an intern with Deputy Democratic Leader of the Florida House of Representatives Barbara Watson.

A young man who gives his all and wanting to take a strong grasp on the college experience, at one point Taaffe was interning part time, had two part-time jobs, and was still a full-time student.

“My experience in the Legislature has led me to Washington, D.C. I am now living in D.C., currently in public relations, and working for a state representative and other clients. In my month living in D.C., I have become a weekly volunteer at the local women’s homeless shelter. Advocating and working alongside those most vulnerable gives me purpose,” Taaffe said.

We will continue to be proud as we watch Taaffe rise through his journey of balance and service.

“My hope is to one day be elected into office and bring systematic change to those who need it most. It is important for me to note that I absolutely could not have done any of this without the help of my community. So many people have helped blaze the trail for me, and that is what pushes me to work so hard,” Taaffe said.

He will continue to shine while sharing his gifts from DeLand and beyond.