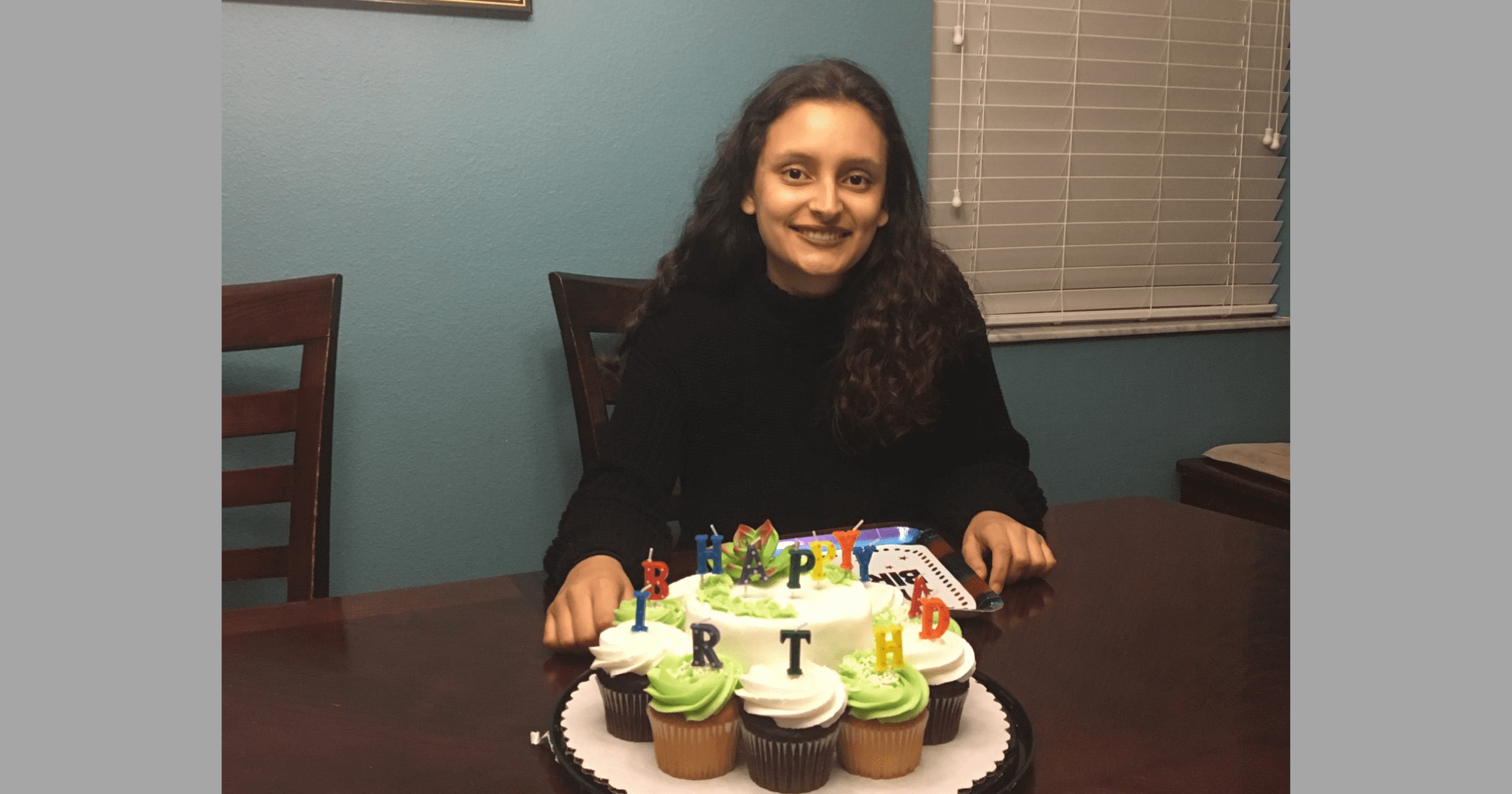 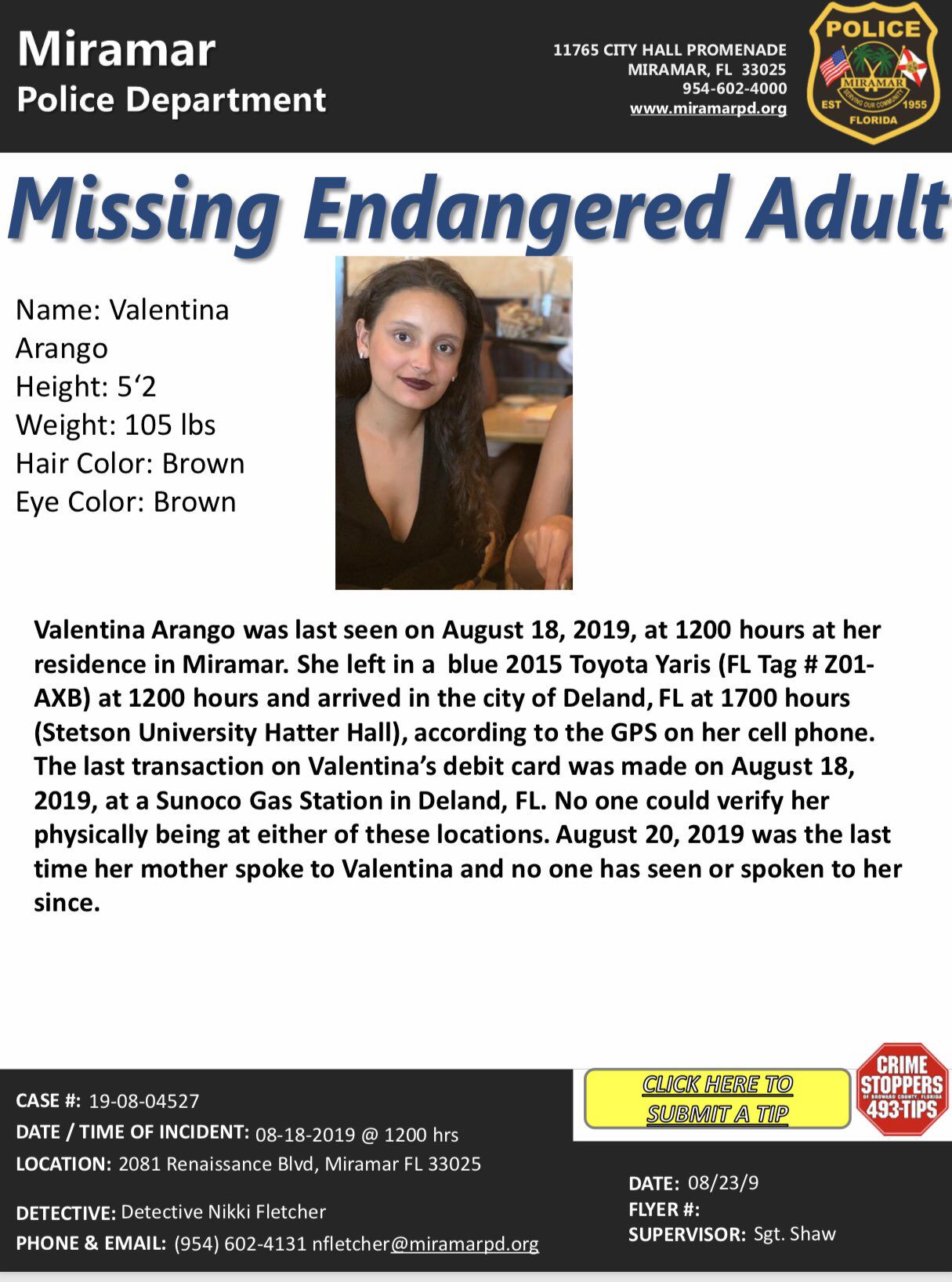 UPDATE: The Pinellas County Sheriff’s Office has released that they found Valentina Arango early this morning.

She was found at a rest stop in good physical condition along I-275 and was taken into protective custody.

She is under mental health evaluation, deputies said.

This is a developing story…

Police in Miramar, FL are investigating the disappearance of Stetson University student Valentina Arango, who was last seen leaving her home on Sunday, August 18.

According to a report released by Miramar Police, Arango was last seen on August 18, 2019, leaving her home in Miramar at around noon, in a blue 2015 Toyota Yaris (FL Tag #Z01-AXB)

The GPS on her cellphone states that she arrived at Stetson University Hatter Hall at approximately 5:00 p.m.

The last transaction on her debit card took place later that day at a Sunoco gas station in DeLand on August 18.

No one has seen or spoken to Ms. Arango since August 20, when her mother spoke to her on the phone.

If you have any information about her whereabouts, please contact Detective Nikki Fletcher at 954-602-4131 or email her at nfletcher@miramarpd.org.