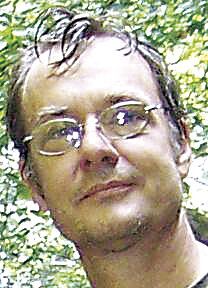 Freedom without discipline is anarchy.

Discipline without freedom is tyranny.

Anarchy is always bad because it ends with the strongest, and most ruthless, dominating over everyone else. In other words, anarchy breaks down into tyranny; and it does so with great violence and bloodshed.

Tyranny is always bad because it’s the institutionalized version of domination by the strongest, and most ruthless, over everyone else. Tyranny means that the violence that ended anarchy is institutionalized into the systemic violence of the authoritarian state.

Both anarchy and tyranny end up destroying what is most wonderful — indeed, what is most human — about being human: our individual creativity. By definition, creativity is about questioning and attempting to push beyond existing boundaries of thought and practice. Individual creativity is, therefore, a mortal threat to the powerful and the ruthless, both in their rising version under the violence of anarchy, and in their consolidated version under the tyrannical state.

The irony in all of this is that creativity itself is a product of both freedom and discipline: the freedom to think “outside the box” without having to worry about bucking tradition and the normal way of doing things, and the discipline to do so without distraction and without falling to any number of temptations, including the temptation to join the struggle for domination over others. Truly creative individuals quite literally embody the antinomy that pits freedom against discipline, and vice versa, in a dynamic and sometimes tumultuous balancing act.

The Great Experiment of Western liberalism has been precisely to attempt to create, at the level of society at large, a social system that embraces the same dynamic equilibrium between these contradictory, yet somehow complementary, constructs: freedom and discipline. The basic liberal premise is that what’s good for the creative individual must be good for the creative society as well.

The anti-liberal experiments of Marxist-Leninism and fascism resolved this contradiction firmly on the side of discipline: the tyranny of the one-party state, justified by ideologies that forbade thinking and acting “outside the box” of the party line.

At the opposite extreme, libertarianism suggests that the contradiction can be resolved on the side of freedom: a Utopian declaration that anarchy can somehow be staved off because … well, because libertarians ignore the real-world threat of domination from the powerful and ruthless.

Liberalism says, for example, that you are free to criticize the state or the party in power; but you must do so within the discipline of the rule of law. You can protest, but you can’t kill opponents or destroy their property.

Liberalism says you are free to invent new products and technologies, even if those innovations disrupt the existing economic and social landscape; but you cannot then monopolize markets, exploiting consumers and making it impossible for the next generation of innovators to push progress forward.

Liberalism sees any version of concentrated power, whether it’s the state or large economic enterprises, as a threat to individual freedom. At the same time, however, liberalism understands that the rule of law is essential for individual freedom not to degenerate into the anarchic violence, and ultimately the stultifying tyranny, of the powerful and ruthless.

And that’s where democracy comes into the picture. The liberal solution to the potential problem of the “rule of law” becoming the foundation of a tyrannical state is to democratize the state. Ballots not bullets. Shouting not shooting. Debate not detention. Citizens not subjects.

In some cases, it might be “easier” to simply impose the “will of the majority” (usually, the will of the strongest and most ruthless) with violence, just as it might be easier to “outcompete” your economic competition by sending them to a firing squad.

But that’s not how liberalism works.

Fortunately, in spite of recent events, most people still believe in the Great Experiment of Western liberalism. But beliefs can and do change. I prefer to believe that the foundational principles and ideas of liberalism can remain for another 250 years, or even more.